Jordan McIntosh made his debut at the Centennial Theatre in Sherbrooke, QC last year when he was an opener for the sold out Airwaves Tour with his buddy and Canadian country superstar Brett Kissel. One year and six days later, McIntosh returned for a solo show with his own special guest opener. Bringing along his musical talents and the company of country music newcomer Delaney Grant, McIntosh wowed the audience for over 90 solid minutes of music and conversation.

Announcing that this would mark his final performance for a couple of months and into 2017, the young singer poured his musical heart and soul onto the stage. Opening up about the family tragedy that took him away from the remaining leg of the Airwaves Tour to some of his biggest inspirational moments, McIntosh spent a great amount of time interacting and conversing with the audience. Inspired by a recent Adele show that McIntosh attended, he felt that “her style of explaining each song before she performed it allowed for the audience to have a greater connection to it.”  McIntosh explained how some tracks made their way onto his debut album Steal Your Heart (April 2016) and even how his version of One Direction’s “Story of My Life” which features George Canyon came to be.

Grant opened the night performing an acoustic set of originals, and covers. Grant got the audience singing along and even gave them a treat to her version of Maren Morris’ “80s Mercedes.” Grant currently has two singles out and a debut album in the works.

McIntosh took the audience through his own unique musical journey. Taking them through upbeat songs such as “All About the Girl” to his fantastic rendition of “Landslide,” McIntosh took the time to explain each song and their meaning to his career. McIntosh even walked around and sat down in the audience, chatting with many members and even asking them questions about some French to English translations. McIntosh performed a mix of tunes from his debut album Steal Your Heart, and some of his all-time favorite songs; “I Wanna Dance With Somebody,” “Steal Your Heart,” “Hello,” “While We’re Young,” “Burning House,” and “That Girl” were just a few of the musical treats that McIntosh shared with the audience.

McIntosh knows how to entertain his audience. Having had fans traveling to see him from Toronto and Ottawa proves just how much his fans adore him as an artist and performer. Only 20 years old, McIntosh is musically strong and gifted. His voiced flowed effortlessly as he performed the evenings set, and was energetic as he brought us along on his journey through his favorite songs and originals. 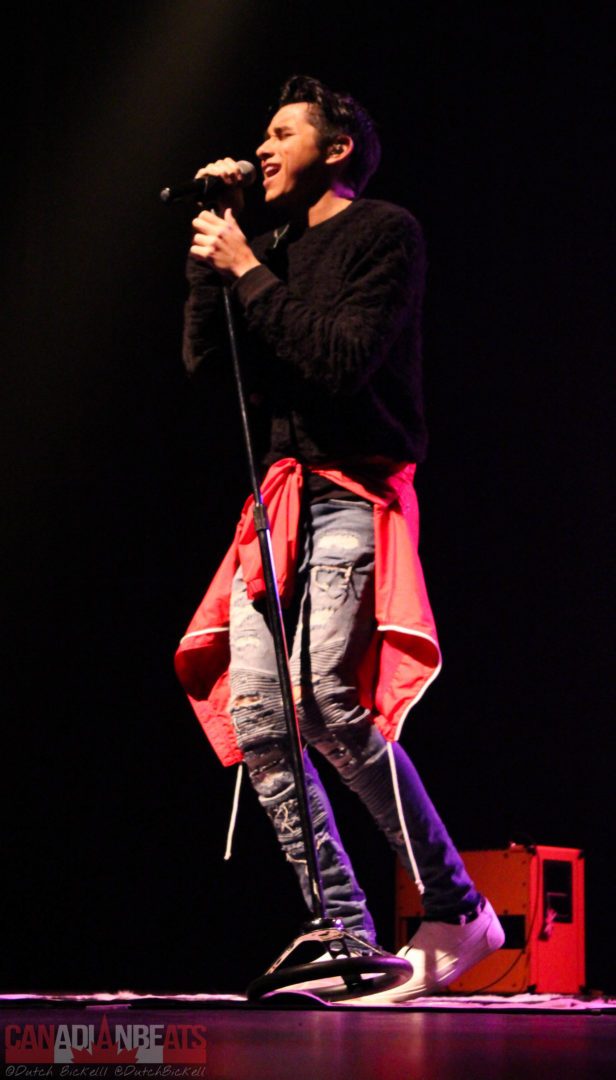 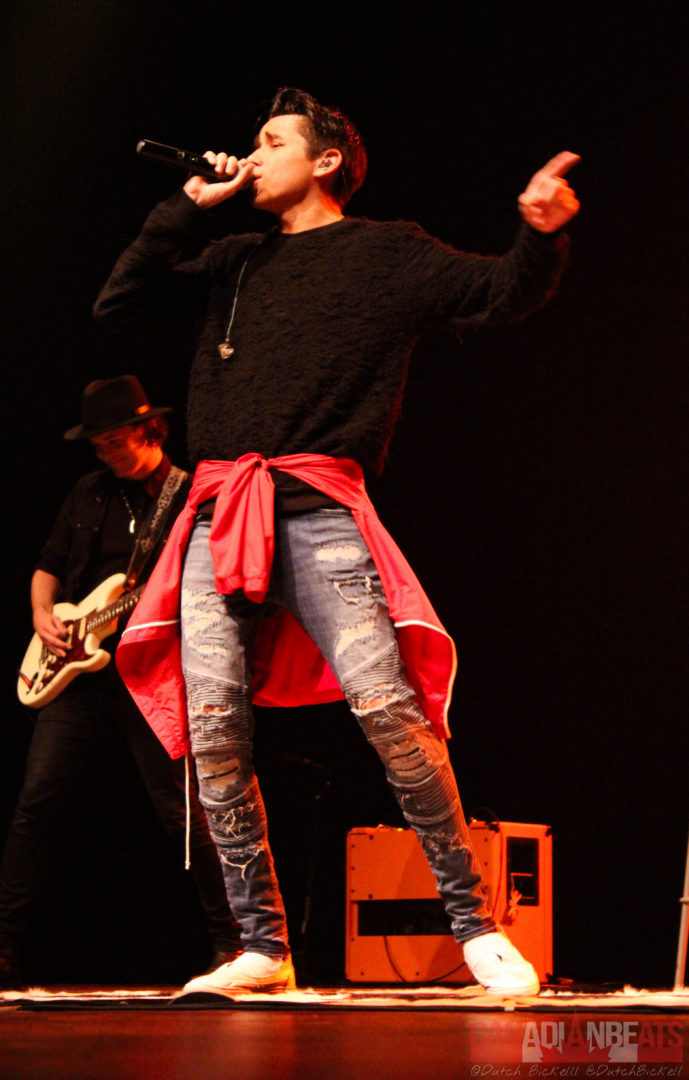 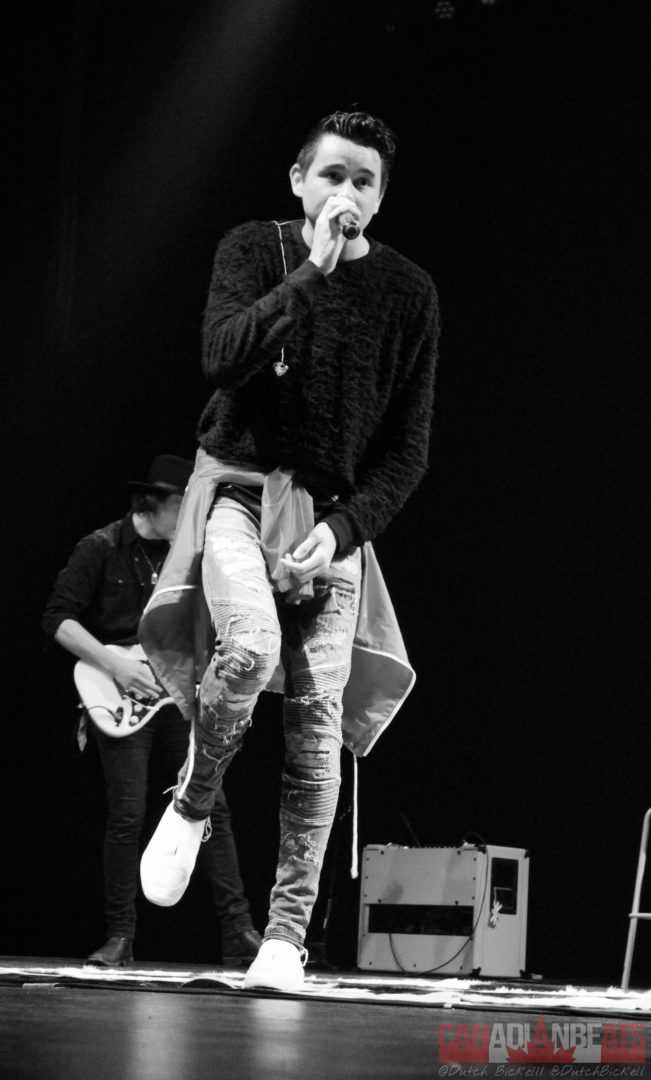 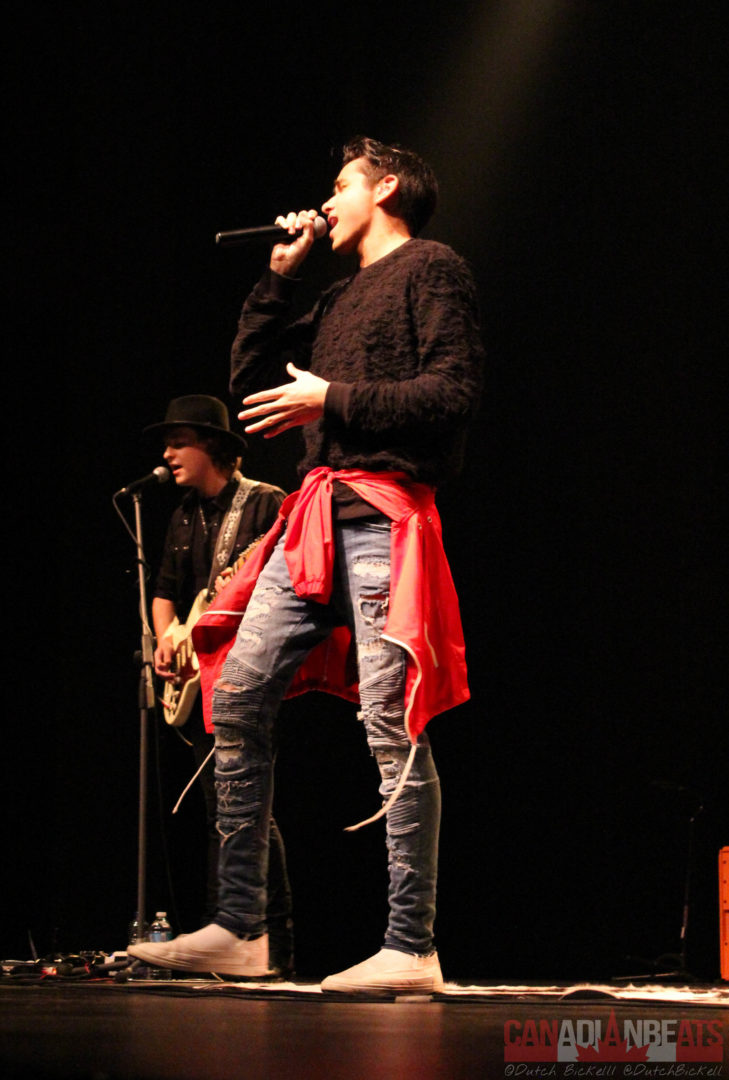