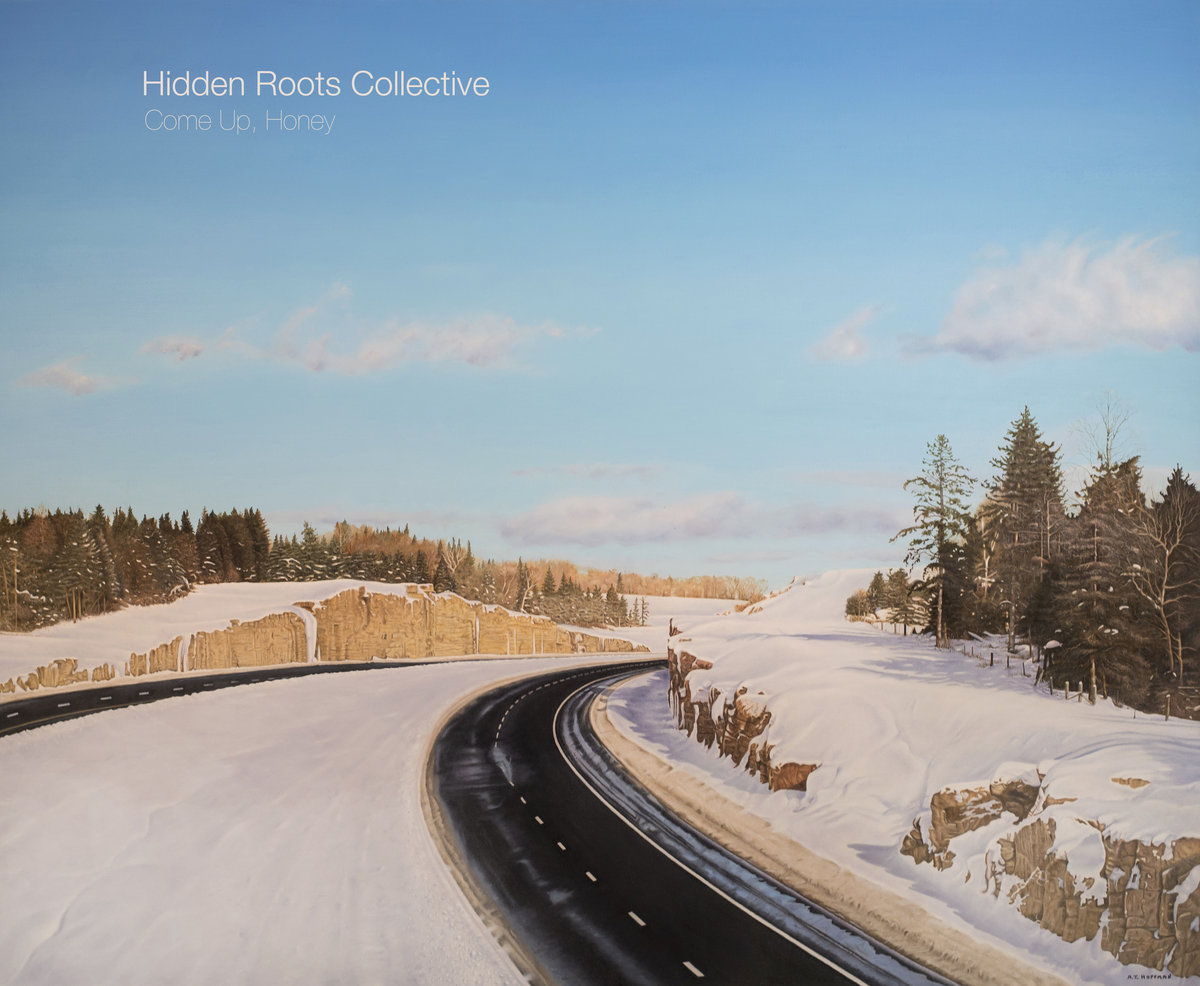 Hidden Roots Collective is a group of four female singer-songwriters based in North Bay, Ontario made up of Brigitte Lebel, Annie Sumi, Rose-Erin Stokes and Holly Cunningham. The ladies bring forth impressive harmonies, infectious beats, and lyrics that will get stuck in your head for the rest of the day after you listen to their debut release Come Up, Honey.

The nine song release showcases the girls as themselves when they take turns being the lead singer but also shows off how well their voices combine together. All of the songs on the album are very pleasant to listen to but it wasn’t until the piano laden “So Much More” that I knew I would have to listen to this album more than once. “Her wisdom is strong but she’s been fighting too long” are some of the lyrics that stood out to me the most. It’s a song that’s very easy to relate to if you’ve been through hard times in your life. On the first listen it may just seem like a very lovely sounding song, but when you actually listen to the lyrics you get a bigger picture of the story behind it. “Stars” is a bit more upbeat with lyrics that tell a story about hoping that in another life the stars would align to allow a relationship to work. “Somebody” closes out the album with a slower, more relaxed beat and is full of the amazing harmonies the four ladies are able to produce. The longest song on the album, clocking in at just over five and a half minutes, is a perfect closer. It leaves the listener wanting it to go on because nine songs is nowhere near enough to fully appreciate the talent of this group.

Overall, I enjoyed this album but it wasn’t until about halfway through that I knew I had to listen to them again. Beyond impressive vocal talent from all four members will get the listener hooked and leave them craving more. If you hadn’t heard of this group before, you’ll want to make sure you change that and keep an eye on them for whatever they may do in the future.