By Jordyn Armstrong on October 31, 2016@jordynhannah95 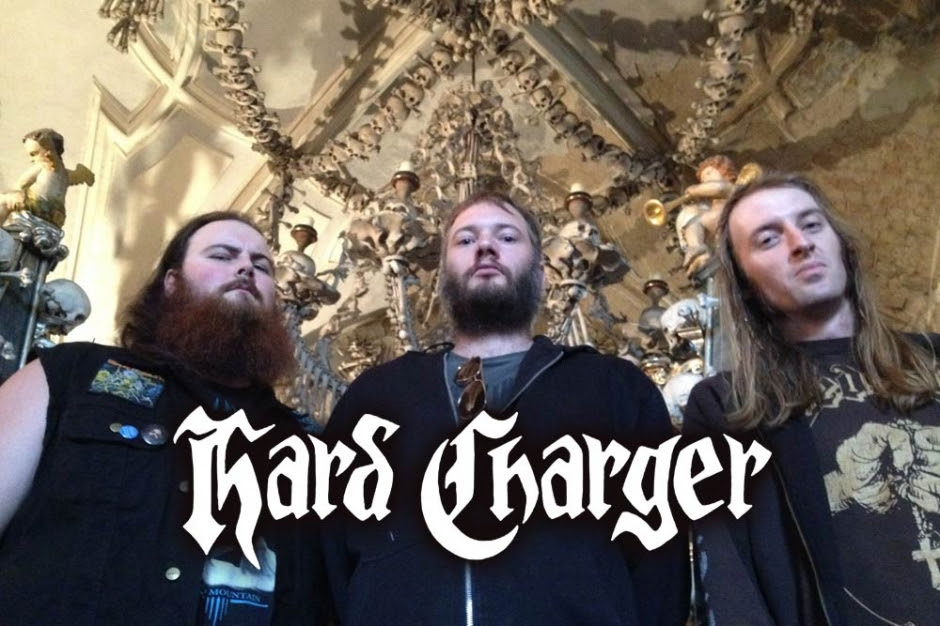 Hard Charger is a three-piece death metal-punk band from Fredericton, NB. The trio has been busy this year with the release of their newest album Bad Omens back in June. They are also currently on a tour across the West Coast of the US, which wraps up Canada, with their final show in Vancouver.  Hard Charger has played shows in Europe and other places over seas. To find out about one of New Brunswick’s biggest metal bands, check out the interview below.

We’ll start off by talking about your tour. How has it been so far?

It’s been going Splendidly,good shows and nice people for the most part.

It has been said that it is hard for West Coast bands to travel over to the East Coast on tours. Can we say the same for the reverse?

Are there any noticeable differences in playing shows in the States versus Canada?

Show are basically the same  but mainly easier to tour in the US do to cheaper gas,beer ect.

Fredericton isn’t exactly known for their metal scene, what is it like to break out of such a different culture?

Very  liberating! Haha we have a a small but loyal scene in Fredericton though.

Would you say that this genre is on the rise for your hometown?

Maybe but usually it comes in waves. Lately things have been pretty good, we have a venue for house shows and there’s one bar that does Punk/Metal shows semi often.

You are one of the few bands now to release your albums on cassette. Why?

How has the reaction from fans been since the release of Bad Omens?

Good so far! We are also happy with how it turned out.

Is there a main topic or inspiration behind it?

Drunk and noisy when we started now a bit more refined but still drunk.Like a fine wine.

At Canadian Beats, we have a tradition of adding some fun questions at the end of our interviews. Here are a few:

If you had to give up music, could you do it? What would you use to replace it?

It would be hard to do but if it happened I think being professional Wrestlers would be our next calling, that or knitting.
Do you have any pre-show traditions?
Beers.

What is your biggest goal for the band as a whole?

To keep doing what we do. when we started we really wanted to do alot of touring and we have now done that,covering the usa,Mexico and doing multiple European and Canadian tours. We just keep getting more addicted to the road.

What’s in store for Hard Charger for the rest of 2016?

We have some Maritime shows coming up in sept/Oct and are hoping to get down to Texas and Mexico again in January 2017.

And last but not least, do you have anything you would like to add, or say to your fans and supporters?

Thanks alot for the interview and thanks to everyone who’s been coming out to shows,bought the new album or gave us a place to sleep! See ya on the road!
-Tom,Dave,Shawn