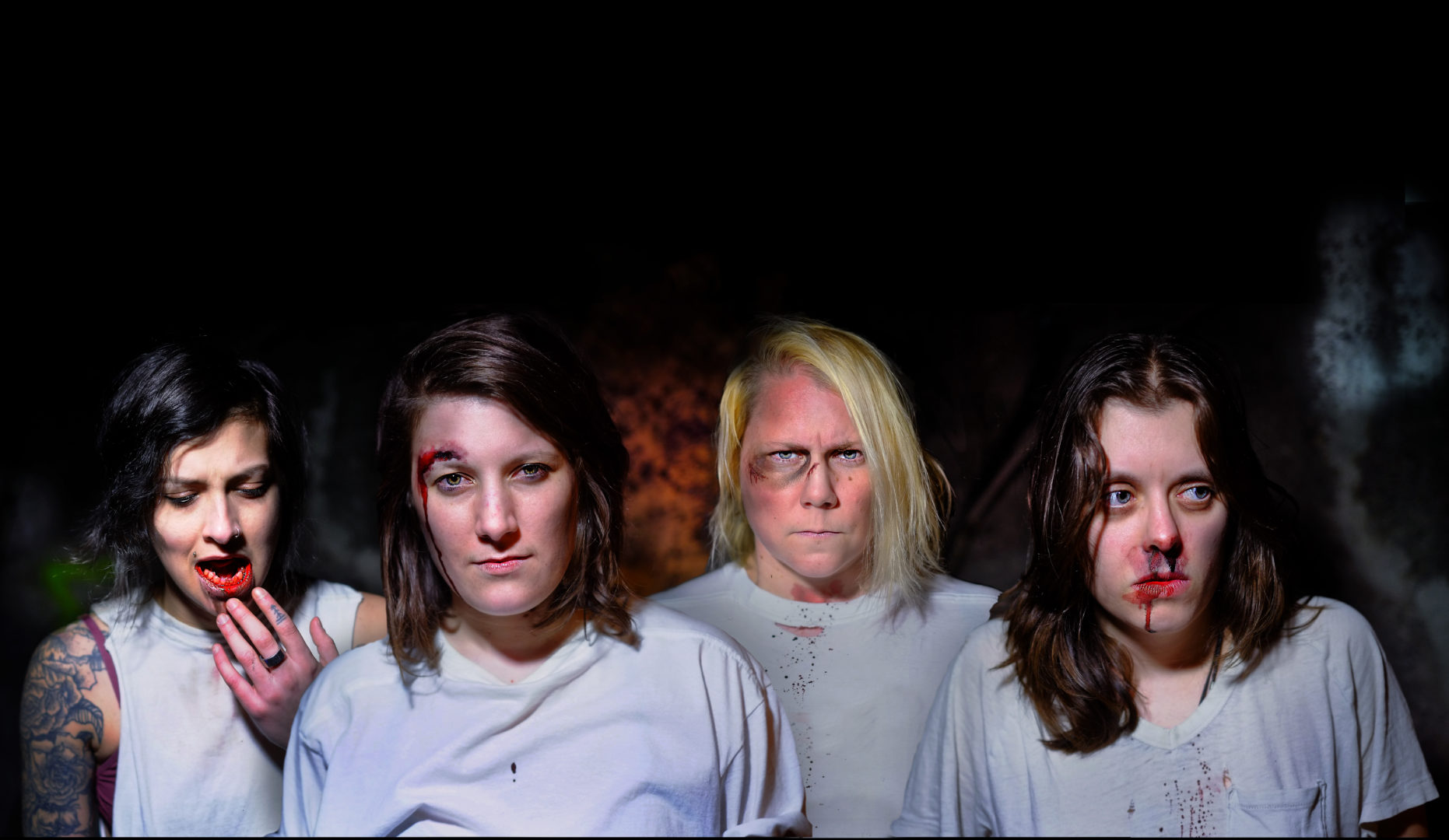 Halifax punk rockers, Like A Motorcycle, are currently in the midst of their current tour- which has taken them through Europe and across Canada- in promotion of their latest full length record, High Hopes.  The four piece band is very distinctive among their peers of modern punk and hard rock bands due to their style of song writing reflecting the golden age of punk rock, taking the listener back to the 1970’s, before punk went pop.

Before we dive into things, would you introduce Like A Motorcycle to our readers?

We’re a four piece punk rock band. That seems to be the consensus, but some people disagree. Sometimes we scream and sometimes we have harmonies. Just a bunch of dirtbags from Halifax. We’re nice. Sometimes.

Looking at your recent release of the excellent High Hopes, while the album sounds very modern, there is a huge older punk rock vibe from the late 1960’s and later in the middle of the 70’s.  Was this a conscious decision to go for a grittier root and follow in such a tradition, avoiding the modern pop punk genre?

I don’t think we were going for any particular sound. We recorded live off the floor to try and capture the energy and that’s probably where the dirt comes from. But in the end we just wanted to make a record that could do justice to our live shows and I think our producers/engineers helped us achieve that, albeit admittedly more polished than our ear piercing, beer spitting, beating the piss out of each other live performances.

I don’t think any of us are crazy about Pop Punk at this point in our lives so I think it was easy to stay away from. We listen to a lot of music from the 60’s and 70’s so that sound was bound to slip out. Also the 90’s; we are super fucking 90’s.

Who are some of your biggest influences and how did they play into the making of High Hopes?

Pixies, Dandy Warhols, Nirvana, Heart.. all the good ones.  Anything you listen to that has shaped you will show itself in the music you make in one way or another. Any band or song that makes us want to write or play is an influence.

What was the recording process like for High Hopes?

Short, to the point and efficient. We drove to Soundpark Studios in Sydney, Nova Scotia in a snowstorm, it all went down and was tracked top to bottom in 5 days. Jamie at soundpark makes the best coffee so between that and the drugs we managed to get a lot done in a short, manic, period of time. It was great. Reality kicked in pretty hard though, on the drive home when the engine in our ’81 chevy van blew and we were standing on the side of the highway in a snowstorm… but that’s a whole other story…

When people think of Canadian music, they jump to Toronto and Vancouver, maybe Montreal, coming from Halifax, what is the current music scene like?

There is all kinds of stuff here. Halifax is full of mini sub cultures. It’s all here, it’s all happening, if you look for it. We do stick out like a sore thumb a bit genre wise but I feel like the fact that we are melodic lets us squeak into some shows that maybe a louder band might not usually. I feel like the entirety of the rock scene here is really supportive of one another despite their differences because it’s a smaller city.  A lot of bands seem to move away to cover more ground but we’ll stick around for while.

Most successful Canadian bands in their early stages hardly make it out of their home city, yet you four have managed to not only tour Canada, but have also just stopped to perform in Germany, what can you tell us about that and your current tour?

Germany was bananas. We can’t wait to go back. You can drink on the street there. It’s fucked! We were like kids in a candy store. We played Reeperbahn Festival in Hamburg. It was like going to Vanity Fair, it was incredible. In our experience the German audience is very enthusiastic about music (and loud music) so it was incredible to play to that type of energy.

We also played a show in Warsaw, Poland which was an architect’s wet dream but a little scary in a conservative way as a bunch of gay women. We showed up in the midst of a bill being tabled to criminalize (the already super limited right to) abortion. KT’s a little shithead and has a shirt that says “ABORT EVERYONE” so when our promoter Emi filled us in on the climate there, KT got our manager to go back to the hotel and grab it from her luggage so she could wear it during the set. It was a little freaky but we talked to a lot of women afterwards that were stoked on it so that was pretty cool. P.S. That bullshit got thrown out. Fuck that.

The Canadian tour is different as we’re playing some cities we’ve never played or even been to before so it’s exciting, too.

What are your current thoughts on the state of punk and rock music?

It’s alive and well (particularly in Europe from our experience). There are a lot of things in the world to be pissed off about. (re: trump/conservative ideals/drugs/sex/break ups) As long as there are things to yell about, there will be punk. You might just have to dig a little deeper to find it.

What is the last album you bought?

What can your fans expect from you following your current tour?

We’ll be in the writing stage of our next record, and playing some shows closer to home. We’ll be back In Germany and Poland at the end of January so we’ll be gearing up for those shows as well. We’ve been playing a lot more so our live shows becoming more and more violent. Come let us punch you in the head and spit beer in your eyes.

Where have you had the most fun performing?

This boat in Hamburg called the MS Claudia. It went through the harbour at night while we played, it was jammed with people and if you looked up you could see giant container ships. We had to power stance like douchebags the entire time to not fall over when the waves were rockin’. It was nuts.

What venues and cities have you yet to perform in but hope to soon?

We’d love to get down to the States, New York would be amazing. It would be great to get out to Vancouver, but it’s so far. Somebody buy us a fuckin’ plane ticket. Can you lend us like 2000 bucks? I’ll pay yah back. Swear.