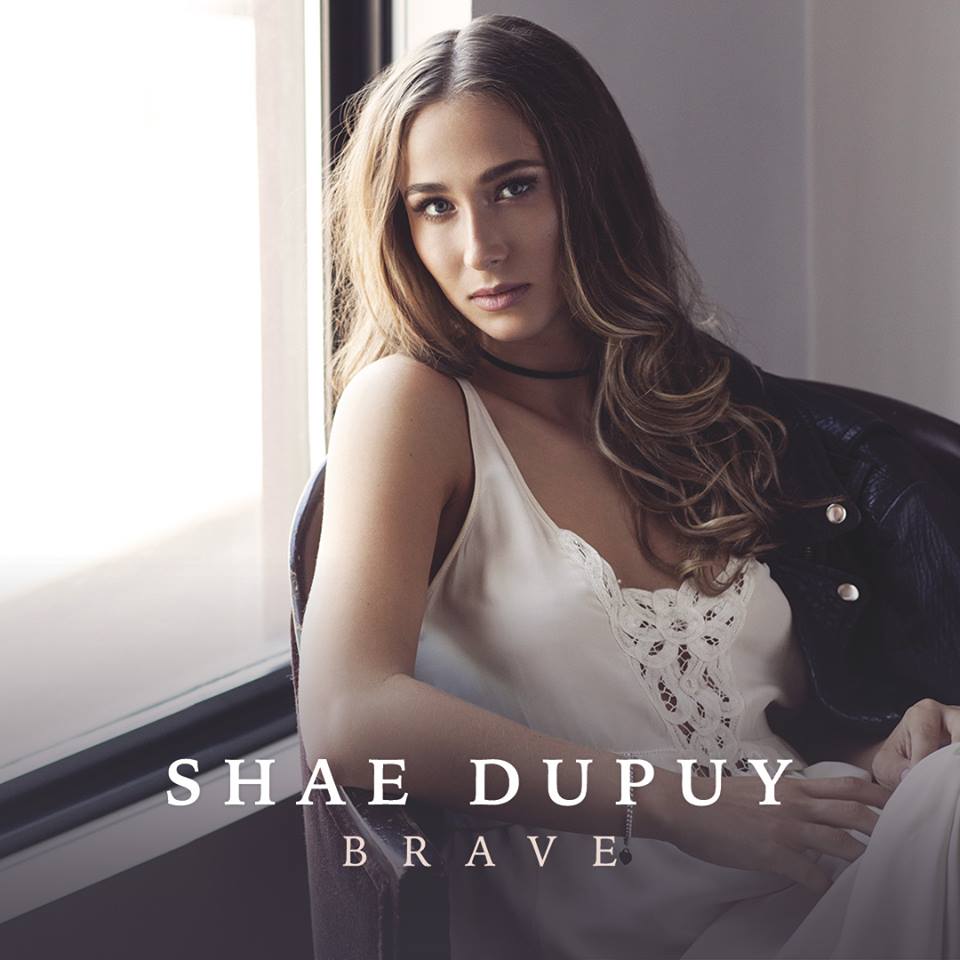 Shae Dupuy is about to prove to the world exactly how Brave she is with her brand new EP. Now available, Brave which features seven tracks all carefully crafted and created by Dupuy is a combination of some of her earliest material as a songwriter, and showcase of her growth as an artist. Born in Kamloops BC, Dupuy has honed her musical craft while opening for major Canadian acts such as Dallas Smith and Jess Moskaluke. Brave revisits work that Dupuy has been working on for years such as “Homewrecker”, as well as new tunes created just for this special EP. With the talents of two of Canada’s top producers and writers, Jeff Johnson and Jason Barry, Dupuy was able to push her musical boundaries even further and take her skills to the next level.

The EP contains seven tracks; five new tracks written while Dupuy was in Nashville and Dupuy’s previous singles “Drink About It” and “Tin Man.” Both the previous singles have earned her recognition as well as two nominations at the 2016 Country Music Association of Ontario (CMAO) Awards.

While the EP visits some of Dupuy’s earlier works and previous singles, the sound and creativity are consistent throughout the seven tracks. Opening with “Good for Me” Dupuy grabs you in with her interpretive and soft vocals which are reminiscent of classic country sounds mixed in with Dupuy’s modern and unique talents. Seamlessly interconnected, all of the songs on the EP seem to melt into one unique listening experience. “Tin Man” is a toe-tapper, coupled with its tongue and cheek lyrics became one of my favorite songs on the EP. Dupuy’s acoustic track “Liar” closes out the EP with her dark and deep vocals. As a whole, the EP delivers solid tunes from Dupuy’s musical soul.

Saturday November 5th Dupuy will be hosting the Brave EP Release Party. If you are in the Waterloo area, I strongly encourage you to check out this emerging artist discover her musical talents. On November 24th Dupuy will be launching the Brave Tour in support of her EP at Avant-Garde Bar in Ottawa.