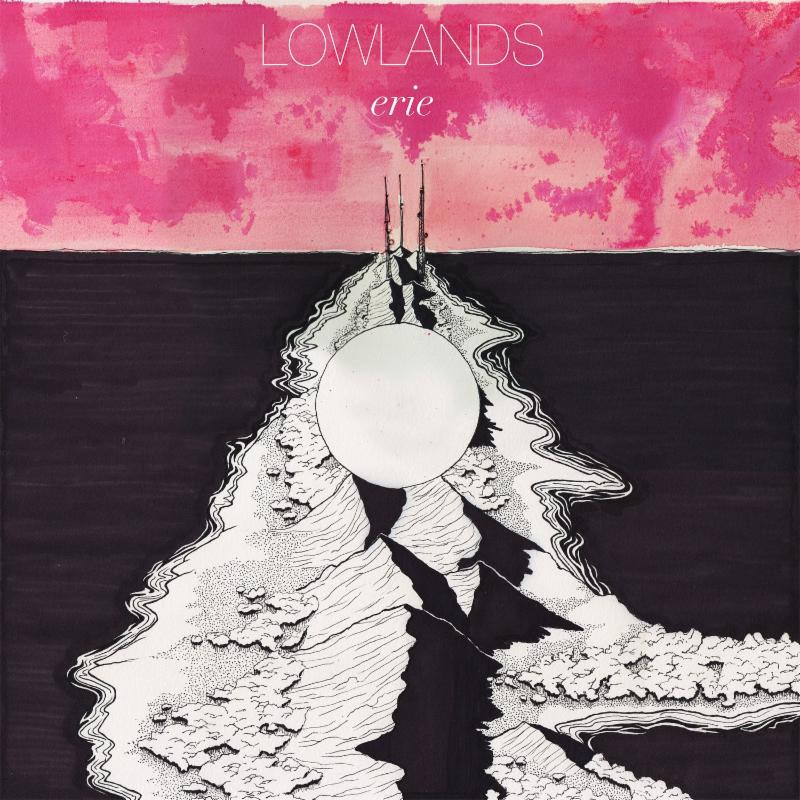 Guelph, Ontario outfit, Lowlands, have released their second album, Erie.  The album is the second of the bands five part Great Lakes album series.  Lowlands are currently on tour across Ontario, with two shows stretching into Quebec, throughout November.

To call Lowlands a bluegrass band is to simplify them to something that almost detracts from their image.  While there are some very strong country and bluegrass influences blasted across Erie, there is also an equal level of inspiration from folk and the blues.  This fusion is captured best on the album’s lead single, “Run”, a track which uniquely teeters between such genres with an upbeat feel.

In some circumstances, Lowlands resemble more of a blues rock band than anything.  This is where they not only standout among their peers, but shine the brightest.  The vocals have a certain smoky and smooth quality similar to modern blues spectacle, Gary Clarke Jr. This is quite apparent on my favorite track on Erie, “Broken Man”, a track which strays from Lowland’s comfortable country approach to deliver a bluesy, dark, and swaying number, resembling the work of Clarke, along with hints of Tom Petty.

In many ways, Lowlands’ Erie encapsulates the many sounds which are often associated with Canadian music: the band’s use of crisp electric guitars, acoustic guitars, and banjos, along with the twang of Gardiner’s vocals makes for an unmistakably Canadian record.  Another reason for this would be the bands very obvious reverence for the king of Canadian folk, Neil Young.  Young’s influence is worn proudly on the band’s sleeve, and it is this which makes them stand out among so many other Canadian country and bluegrass bands.  Lowlands’ use of incorporating such varying inspirations into their country core has made an excellent record out of Erie.