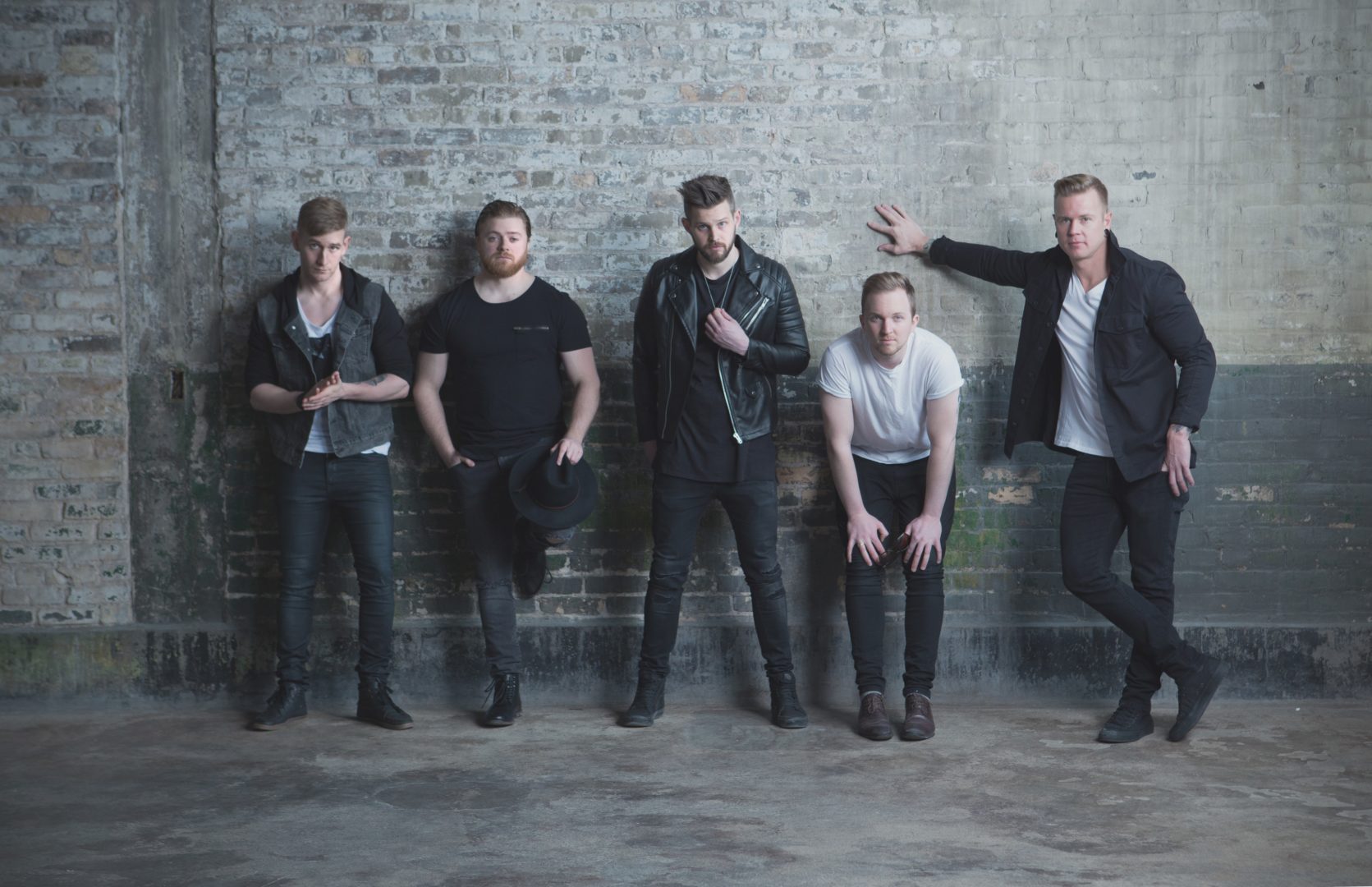 Currently on a Canadian cross Canada tour, give it up for Winnipeg’s very own The Treble! Also, be sure to check out their video for “Wherever You Go”:

So tell me what made you guys I want to start making music together?

Honestly it all happened very organically. Colin (keyboards) and myself (Mark, vocals) went to school together. We got paired up to do a French battle of the bands of all things. After that it was really just something we enjoyed doing. We never had any big intentions of starting a band or anything, we just enjoyed the process so much and tried to write the songs we wished we could hear. Everything else kind of stemmed from that. The group of guys are all like brothers now. We all enjoy sharing these experiences together so it’s really just like putting one foot in front of the other.

What was the music scene like in Winnipeg when you guys were growing up?

We were all show goers. Mostly the punk shows in the early 2000s. I always describe myself as a wannabe scene kid. I always loved that style of music but never had the guts to join a band (Mark). It wasn’t until we’d been writing music for a while that we realized we had made one ourselves! We try and bring the same energy to our shows as the bands did that we grew up watching.

With the amount of bands and artists you have had the chance to play alongside or toured with is there anybody who stands out the most?

Playing with Hedley at the MTS Centre in Winnipeg was probably one of the most amazing experiences we’ve had. They were nice guys, and had us on the bill after Classified got held up by weather.  There was also a show we played in Chicago just this passed year with The Trews. The venue was basically empty, and the bands all had to play through a 3 channel PA system (I think our normal input list uses 12!) lots of people talk about putting your head down and barrelling through the hard times, but that was definitely the coolest example I had seen. Those guys played like it was an arena full of people. It felt like a true lesson in rock and roll.

Can you name three non-musical facts about yourselves that your fans probably don’t know about you?

– We are all avid sports fans. Most of the band are huge blue jays fans. Mark has travelled all over the world to go and watch soccer games, and Pat still plays competitive level rugby.

-The rest of the band are really into fitness. All go to the gym regularly. I think it helps keep us sane. Or at least some approximation of it.

Who is the most played Canadian artist on your playlist right now?

Either Dallas Green or The Hip

If you guys had the chance to collaborate with any artist who would you want to work with and why?

I think in terms of Canadian artists it would be really cool to do a song with Tegan and Sarah. Something really mellow  haunting and acoustic.

What is your favorite kind of candy?

With your Fall tour on the go,  promoting your new single “Wherever you go” are you guys planning on doing any other touring throughout Canada?

We will hopefully be heading out again soon after our album comes out. Currently the release is set for January 2017, so likely sometime in the spring.

One last thing, anything you want to let your fans know or for your new fans know?

Thank you for your support. Please keep doing what you’re doing. We need all the help we can get and appreciate every little bit of everything you do for us!