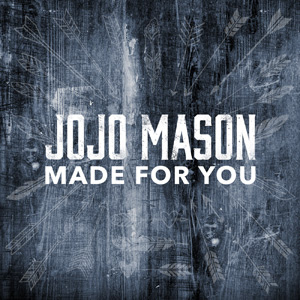 Canadian country artist Jojo Mason announced today the release of his brand new single “Made For You”, available everywhere via 604 Records/Manicdown Music. “Made For You” is Mason’s fourth single to be released and the second to follow his signing with Vancouver’s 604 Records earlier this year.  The hook-filled single is the follow-up to his punchy summer-time hit “Red Dress” which became Mason’s third consecutive Top 10 single at radio to date.

This summer, both fans and the industry witnessed a star in the making as Mason rocked the main stage at a number of notable festivals including the Cavendish Beach Music Festival, Merritt Rockin’ Riverfest and the Boots and Hearts Music Festival, where he shared the stage with country heavyweights Blake Shelton, Dierks Bentley, Sam Hunt and Tim McGraw.

Mason’s first single “It’s All Good” (via Manicdown Music Inc.) soared into the Top 10 on the Canadian Country radio charts and was the number one most added song at country radio the first week of release – a first in Canadian radio history for an independent artist’s debut. Second single “Good Kinda Love” (also via Manicdown Music Inc.) was again the No. 1 most added song at radio in its first week of release, and marked Mason’s second entry into the Top 10.

After releasing the feel-good track “Red Dress” (via 604 Records) earlier this year, the song immediately captivated audiences with its infectious hooks and Mason’s huge voice. It comes as no surprise that the 26-year-old consistently draws comparisons to country superstar Darius Rucker, sharing an affinity with the megastar for fresh lyrics and upbeat melodies.

“Made For You” is available digitally everywhere now.