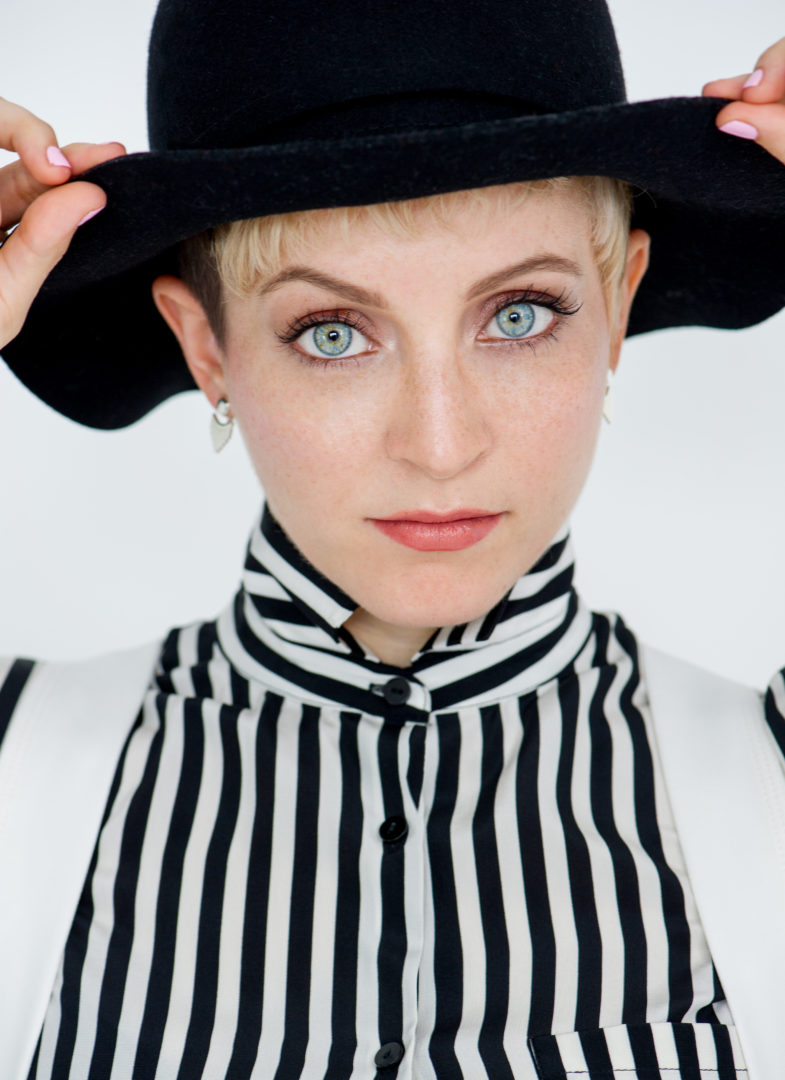 Toronto, ON based Barbra Lica is quickly becoming known in the Canadian Jazz scene. She has recently released her third album, I’m Still Learning through Justin Time Records. We’re happy to have had the opportunity to conduct a Five Questions With segment with this lovely artist. Enjoy!

My name’s Barbra Lica. I sing and write songs professionally. The rest of the time I watch foreign horror films and go for long runs in my favourite lululemons.

I sing a mix of jazz standards that I’ve rearranged and songs I’ve written. A lot of what I write is folk and pop influenced but I feel that I always sing like a jazz singer so it comes out to something in between. In terms of content, I write about everything I wish I could drone on about with a friend if it weren’t weird after a while. I find that when you SING about emotional eating and Facebook and horrible first dates, people let you go for a good three to five minutes on the same topic. That’s how I get it out of my system. It’s just a song, guys…right? #notguilty

My next two shows are a fundraiser for the Ladybird Animal Sanctuary on November 24th with Jesse Cook and The Upstairs in Montreal on November 25th. My live performance involves me telling the stories behind the different songs and goofing around just a bit with my band. I honestly feel that I have the funniest and cutest band on the planet but best of all, they’re supportive of all (or most) of my crazy ideas so we have fun. It’s difficult to describe but I definitely spend some time showcasing each of them individually and the fun things they can do on their instruments.

It depends on when you ask me. Maybe Star Up!. I only have it recorded as a video on YouTube but it sums up the feeling I try to get across at concerts, not necessarily optimism or blind positivity but the feeling that whatever happens, let’s at least try something.

I’m big fan of Danny Michel’s. I think his school night Mondays at the Dakota Tavern are the best thing in town. Also a HUGE fan of DALA. I’ve probably been to every concert they’ve done in Toronto or nearby. They’ve taught me so much without knowing it. Because of them, I know what it looks like to let yourself have a good time on stage and sing the songs you care about. Actually, Sheila Carabine of DALA just put out a solo album too and it’s perfect. I ordered my copy first day.