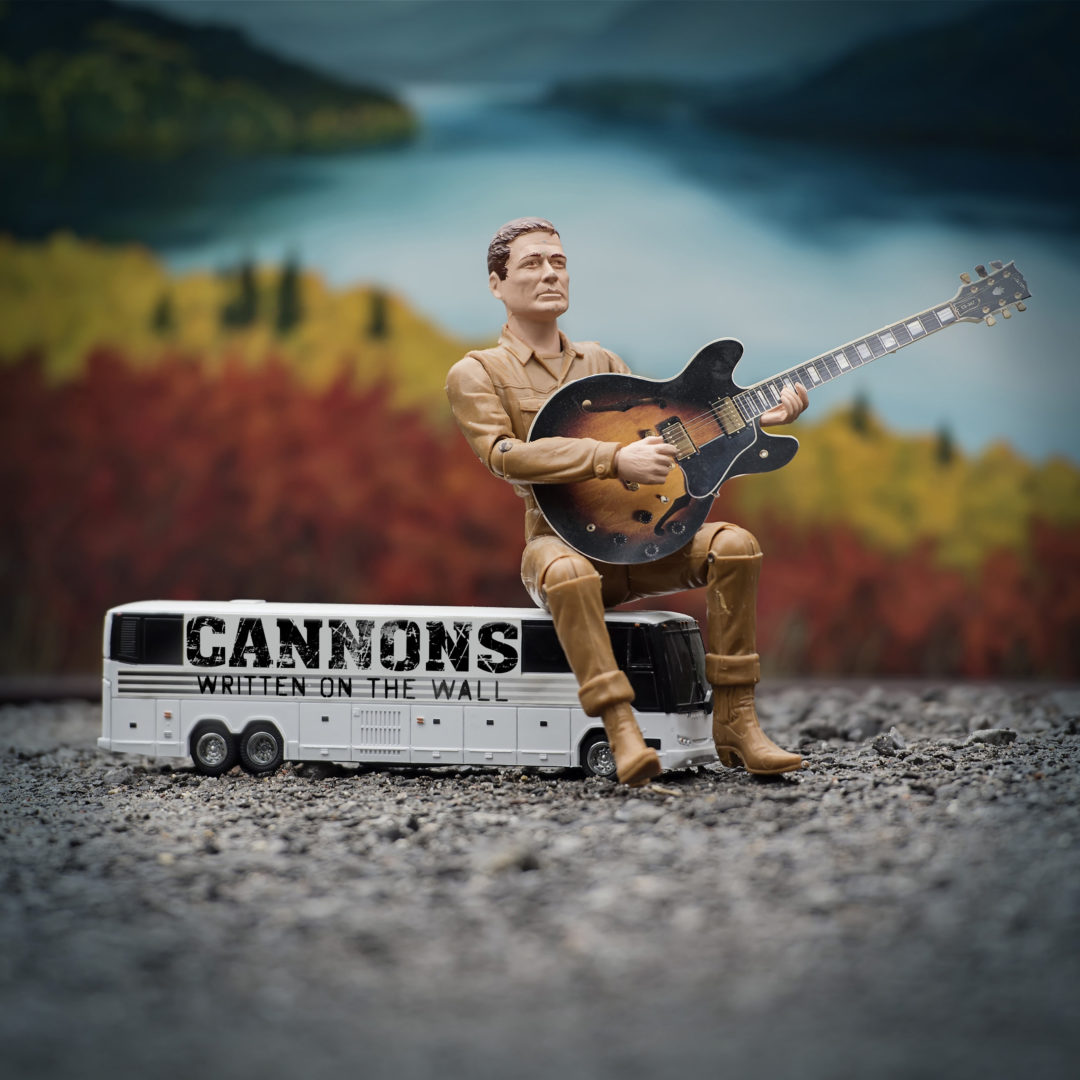 Classic and modern rock collide on Written On The Wall, the latest release from Ottawa’s Cannons!  The six track EP serves as the bands follow up to their 2013 debut, Open Letter.  Along with the excellent musicianship and creativity of Cannons, Written On The Wall was also brought to life by producers John Angus MacDonald- the guitarist of The Trews- and Gavin Brown, who has produced records for Billy Talent and The Tragically Hip, among others.

Written On The Wall is by all means a rock ‘n’ roll record.  From the opening riff of “Toy House”, the listener is immediately pulled into the album.  Shaun Francisco’s voice is incredibly powerful as it navigates through the range stretching dips and peaks of his adventurously crafted melody over a number of rhythmic stops from a band that is nothing but tight.  Similarly, the title track, “Written On The Wall” is just as exciting as the song progresses from only Francisco and a riff performed on the up high on the guitar lead into a full verse and a chorus which is not hard to imagine a stadium full of fans singing along with the band.

“Walk Away” and “War On My Hands” stand out as the best tracks on the album.  The initial excitement from the opening two songs fades away during the semi-ballad, “State Of Emergency”, and is picked up again in an explosive manner during both of these songs.  Not only do both feature very catchy choruses, but they feel far more organic and edgy.  “Walk Away” does an excellent job of pairing both acoustic and electric guitars in a simple but highly effective way, and features an intense guitar solo.  “War On My Hands” is far more upbeat, and delivers a song that is excellent in every way- from the song writing down to the crunching guitar tones.

While only six songs in length, Written On The Wall is a collection of songs which captures Cannons at a creative peak!  While a full length record would certainly be more welcomed, this EP should not only tide long-time fans over, but should also grab the interest anyone who claims to be a rocker.  Cannons- especially on Written On The Wall– resemble bands of the likes of Clutch, Big Wreck, and Finger Eleven, and even legendary acts such as The Tragically Hip and Pearl Jam.  This is certainly a band which captures a classic rock tone in an original and modern approach to deliver an album which is well worth great praise.

Share this:
Related ItemsCannonsHype MusicontarioOntario MusicOttawa ONRockWritten on the Wall
← Previous Story Review – The Heartbroken
Next Story → Review – The Alpacas