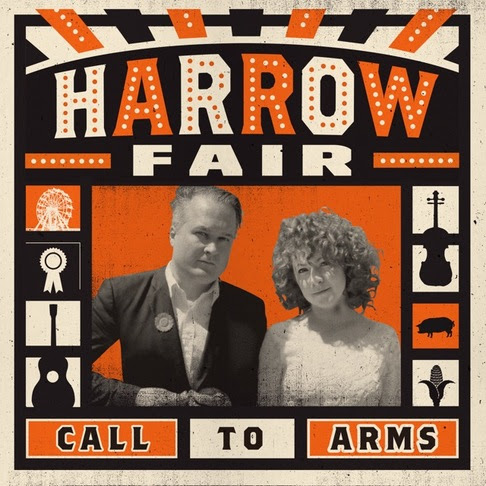 Harrow Fair, are a folky duo based in Toronto, ON.  This is their debut full length album.  Miranda Mulholland and Andrew Penner, make some really beautiful music together. This album has some great duets with rushing melodies, and great fiddle filled tracks to keep your folk vault going.

The first track “Hangnail”, sounds a bit more alternative with a touch of folk. It was a great opening to a trail of awesome songs.  Miranda’s voice makes me think of a singer by the name of Loreena Mckennitt in the track “How Cold”, which is more like a ballad. Their voices mesh wonderfully together to create some amazing east coast almost celtic sounding music.

They have been touring around most of the summer, but it looks like they have a couple more shows coming up around the GTA if you wanted to catch them live.