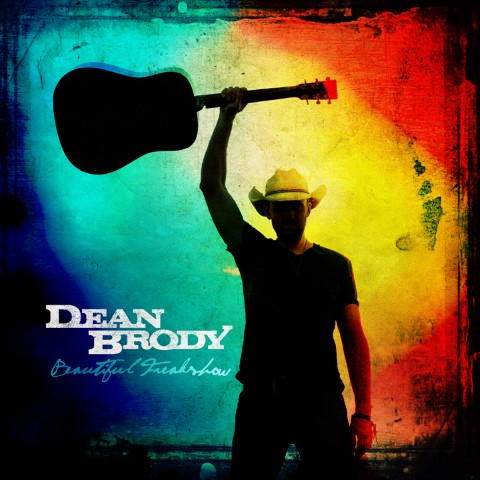 Following the success of Gypsy Road, Brody had a packed schedule of tour dates, including a debut in Montreal, QC and a summer full of major music festivals this past year. Yet somehow, the Canadian country music superstar found time to write, record and deliver another album full of musical surprises. Though the title might frighten even the loyalist Brody fan, do not worry yourself Beautiful Freakshow is well worth the listen. Beautiful Freakshow takes everything we have come to love and expect from Brody and builds on his strong songwriting skills and his ability to craft a tune better than many of his artistic peers.

“Bush Party” is the first track that welcomes you to Brody’s Beautiful Freakshow. Opening tracks can make or break the listener’s attention, and “Bush Party” grabs you from the first foot stopping beat, right up until Brody starts spelling “B U S H P A R T Y” in his deep, rich voice. “Bush Party” builds into thatFriday night anthem, crank the volume to speaker blowing levels, and sing along at the top of your lungs kind of tune. “Bush Party” easily became my favorite tune from my first listen. As the albums debut single, “Bush Party” was released this summer and quickly became the number one most added single at country radio.  “Bush Party” has “hit” written all over it for Brody.

In 2012 when Brody collaborated with Great Big Sea for the fan favorite “It’s Friday,” it came as no shock that Brody would once again collaborate with Alan Doyle for another great tune. Brody and Doyle join musical forces for “Soggy Bottom Summer” which slides in as the second song on the album. “Soggy Bottom Summer” is an upbeat tune about summer traditions. From being “barefoot with a fishing rod” to “passing the Old Dutch Chips around” Brody captures musical snap shots of everything that we take full advantage of during our sometimes “short” Canadian summers. Doyle rounds out the song and adds his talents to this fun tune.

“Little Blue Volkswagon” takes the tempo of Beautiful Freakshow down just a notch with its lighter and organic sound. Coupled with the absolutely beautiful guest vocals of Sarah Blackwood, “Little Blue Volkswagon” is an adorable love song and shows Brody’s romantic side. Brody and Blackwood harmonize effortlessly and completely complement each other’s natural vocal abilities.

The title track, “Beautiful Freakshow” picks the pace back up and showcases many different musical elements including a rap contribution by Halifax native, Shevy Price. “Beautiful Freakshow” unfolds into a great work of musical art. Once you listen to the track in full, dive into the lyrics, and crank the tune up loud you can’t help but get into this song. Completely boundary pushing when it comes to country music, it solidifies the fact that Brody is a creative being who is inventive and is always thinking outside the music box.

On the “8th Day” God made country girls. “8th Day” sounds a little more like classic Brody, and is definitely one of the more country sounding songs on the album. It’s a good toe-tapper and feel-good-fun country song.

“Blueberry Sky” helps the album balance it’s heavier side with its light and romantic elements. A classic song about a summer love, “Blueberry Sky” features Brody’s smooth vocals and effective musical arrangements. I love when songs paint a picture and tell a story and that is exactly what “Blueberry Sky” does.

Brody loves to play with musical stylings and genres. “Beautiful Girl” toys with some reggae-esque elements and keeps the vibe of the album going strong. “Beautiful Girl” is one of those roll down the truck windows, flying down a dirt road, speakers as loud as possible kind of tunes. Even with its reggae influences, “Beautiful Girl” fits seamlessly onto Beautiful Freakshow.

“Memory Lane” was another one of my favorites on this album. It actually reminded me of something I would expect to hear from someone like Alan Jackson. A great story song, with a really groovy country vibe. “Memory Lane” is cute and romantic. It is one of those “lets fall back in love” songs that leave you on a happy note.

Brody performed “Time” during the Canadian Country Music Awards broadcast this past September. “Time” is a strong country ballad tying in situations that we can all relate to. Time is something we all want more of but can never find. After Brody’s performance during the CCMA broadcast, “Time” climbed the charts to number two on iTunes country music chart. Fans new and old have been interacting and reaching out with their admiration for the song on social media. “Time” is one of Brody’s best performances on this album.

Brody rounds the album with “Another Saturday Night.” Up-tempo and funky, “Another Saturday Night” ends the album on a fun note. This is definitely one of Brody’s more fun performances on this album. In addition to his strong vocal skills, Brody is able to put so much character and personality in his voice that you feel exactly what he was feeling. You can clearly tell this song was fun to record and that Brody had a blast in the studio.