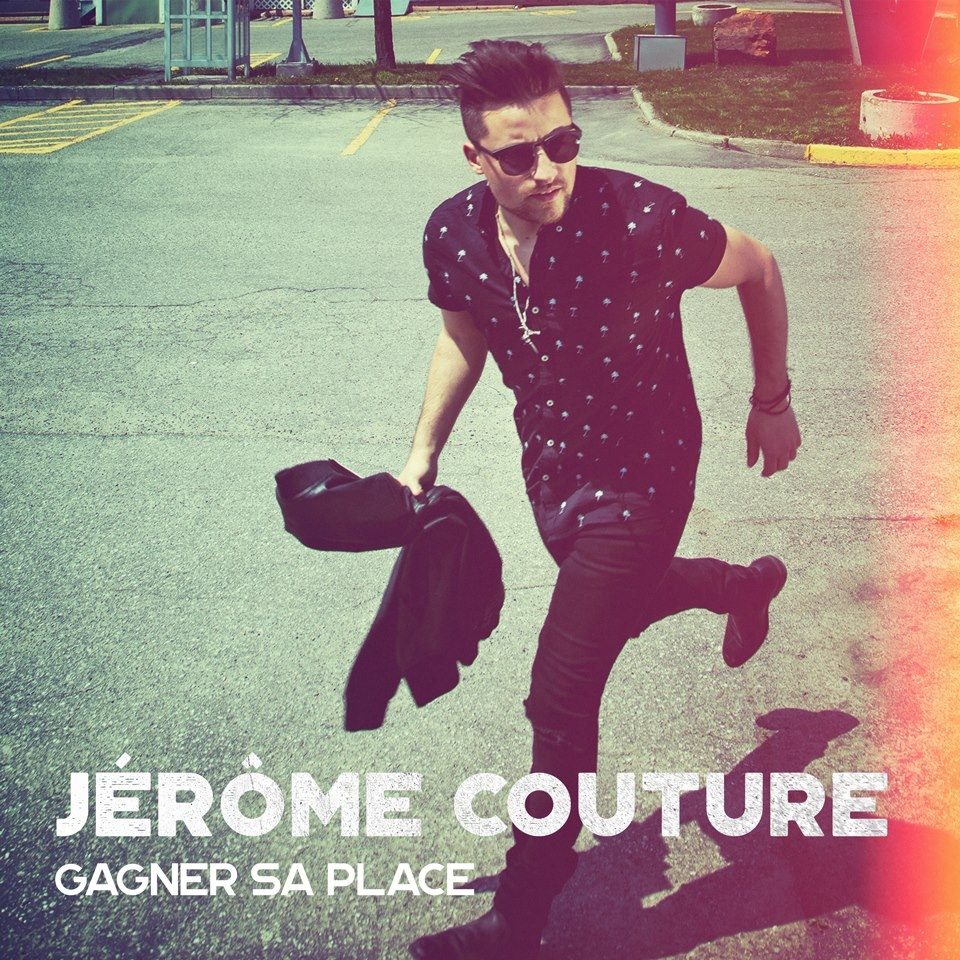 Jérôme Couture has released his latest album titled, Gagner sa place on October 14th. Gagner sa place is the follow up to Couture’s self-titled debut album released in 2014 which features the single “My Sweetest Thing.”Couture celebrated the release of the new album on October 17th in downtown Montréal by performing selections from his new album to a packed house and star studded audience at the National theatre. The album launch was a huge success and gave fans a taste of what the great album has instore from the young artist.

When it comes down to Couture’s music, what you see is what you get. On stage Couture delivers high energy and crowd pleasing entertainment, and in the studio Couture creates music that he is passionate about and knows his fans will adore. Couture made sure he had creative input from start to finish with his new album. Using more than just his solid vocal skills, Couture wrote or co-wrote eleven out of the twelve tracks on the album. Under the artistic direction of Marc Dupré the album boasts fun, upbeat, and catchy tracks.

The album opens up with “Plus fort que tout” and you’re instantly hooked with its toe tapping tempo and catchy whistling. “My Sweetest Thing,” the albums debut single comes up next and keeps the momentum going strong. Couture slows things down with the heartfelt ballad “S’il le faut,” but picks right back up with “Dis-le-moi.” Each track on the album has something that you can find your place with. From heartbreak to dancing around lip-syncing in your bedroom mirror, Couture has created a song just for you.

Gagner sa place is an excellent follow-up to Couture’s debut album. From high quality studio production, to fantastic songwriting from both Couture and his co-writers, the album is a great piece of musical consistency. It is fresh, and you can tell that Couture is passionate about his tunes, and making great music that not only his fans will love, but that everyone can listen to. With Gagner sa place available in store and online with most major musical retailers now, expect to see him hit the radio and tour circuit in the near future to promote his new disc.