Thursday October 13, 2016 was a wonderful night of Life Stories from seven incredible women. This was the inaugural event, put on by Inspired Thinking Presents, held at the beautiful setting of Willow Springs Winery in Whitchurch-Stouffville, Ontario, atop the Oak Ridges Moraine.

Upon arrival, there was an area filled with a great assortment of items for silent auction – several pieces of art, jewellery, craft pieces and much more. Proceeds from the auction would benefit three organizations – Shania Kids Can Charity Foundation, Because I Am A Girl and Native Women’s Resource Centre of Toronto (NWRCT).

Catherine Faint, founder of Catherine Faint Entertainment (CFE), was host for the evening. To set the tone, Joanne Dallaire, from Attawapiskat, sang Cherokee Morning Song and gave and Opening Prayer. 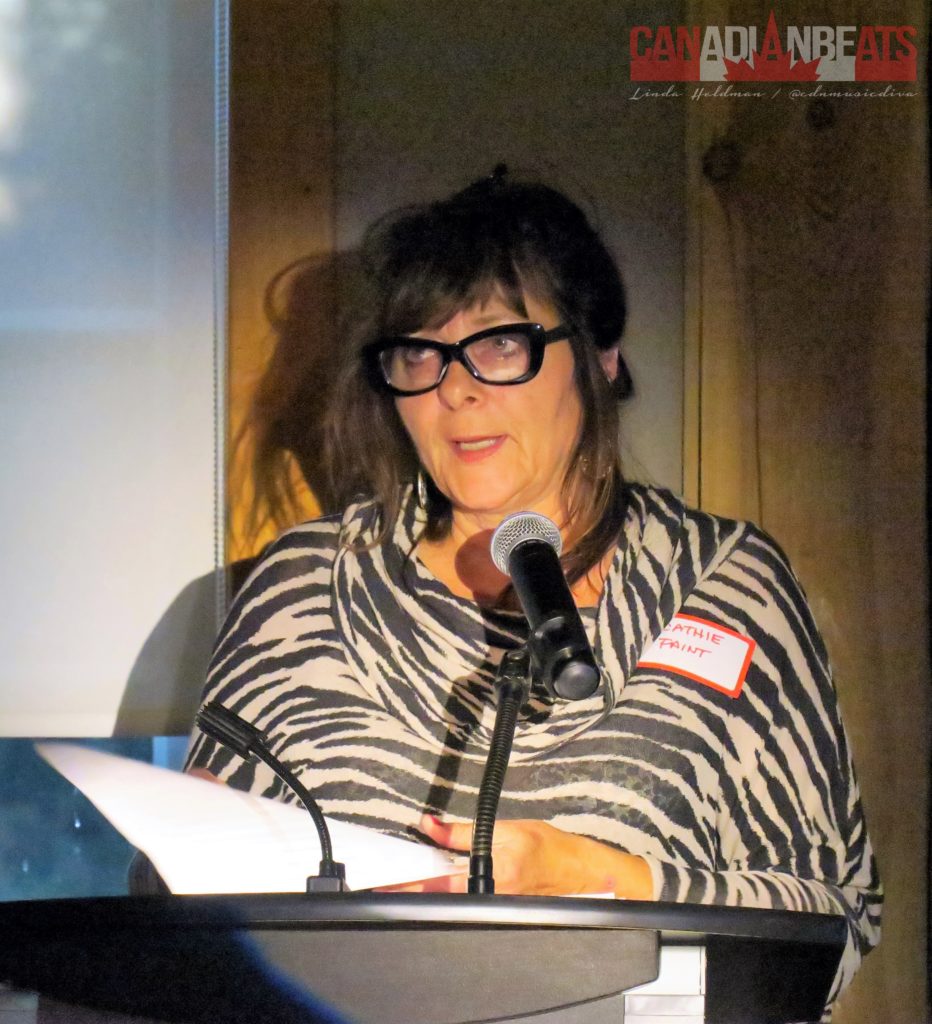 Dallaire was also the first speaker and gave a very moving account of her life, the challenges she faced and how she rose above it all and got to that place in her life where she was able to become a positive force in the community. She has become a strong advocate for Aboriginal people. She sits as the Elder for Ryerson and Ryerson’s Aboriginal Education Council. She is also a traditional counsellor at Ryerson’s Aboriginal Student Services and has her own business called Healing Works. 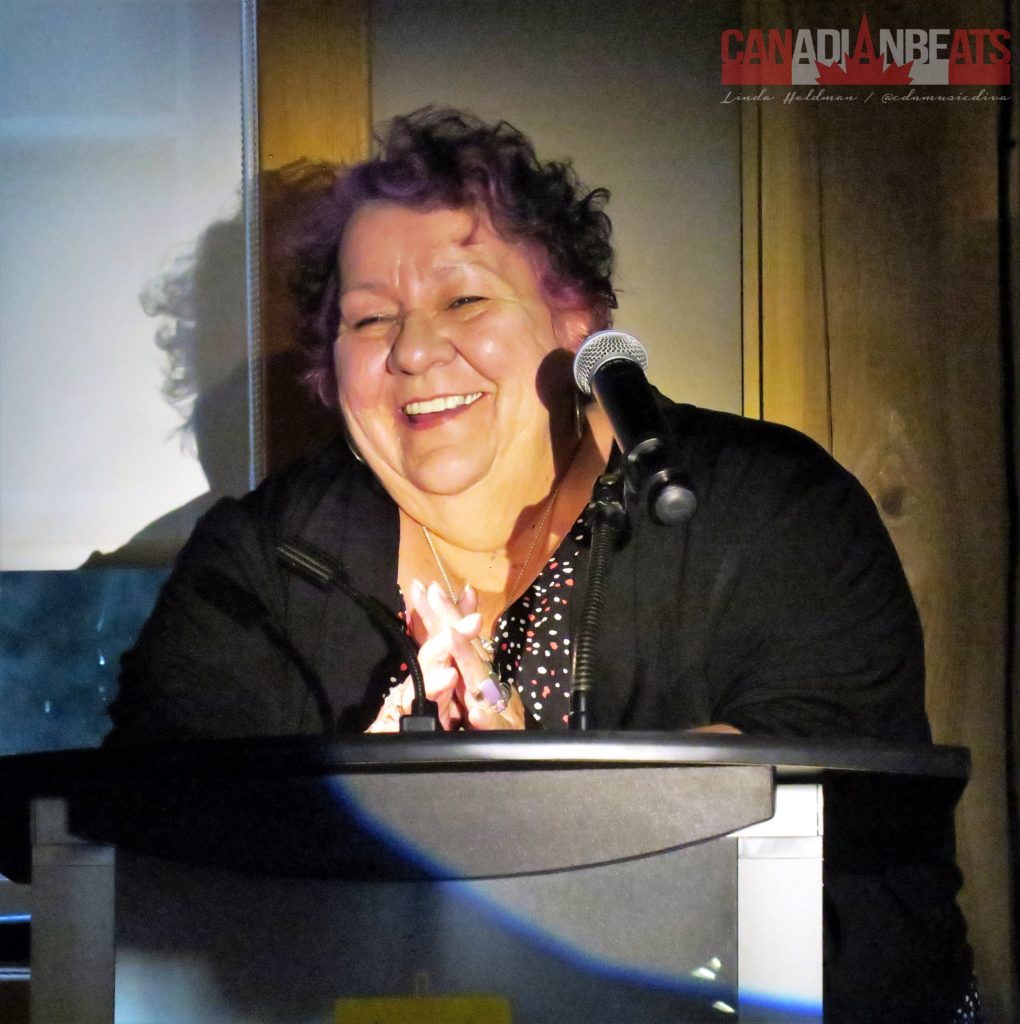 Next up, we heard the stories of The Crandall Sisters. They all spoke individually about their passions and accomplishments. It was interesting to hear the stories behind the conception of the board game Trivial Pursuit, how they fought for legislation for Oak Ridges Moraine and created Mount Wolfe Forest Farm. Their dedication to preserving nature and wildlife is inspirational. 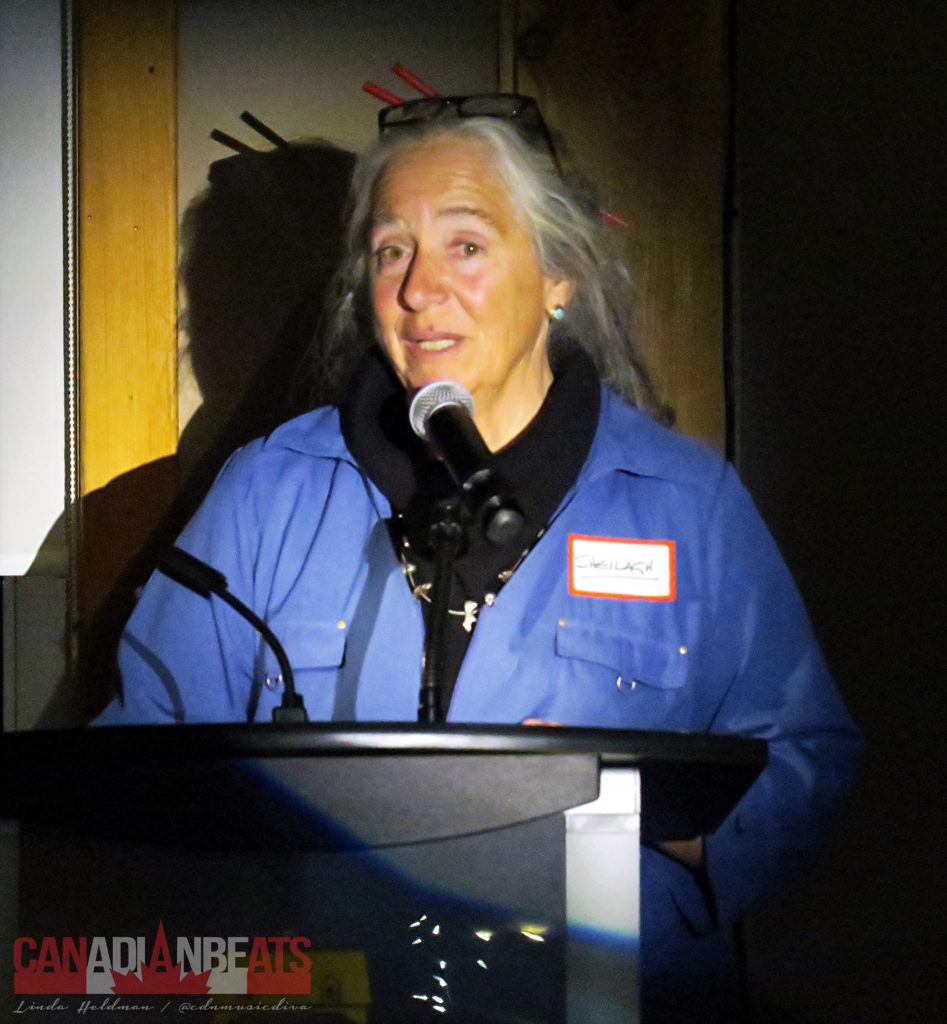 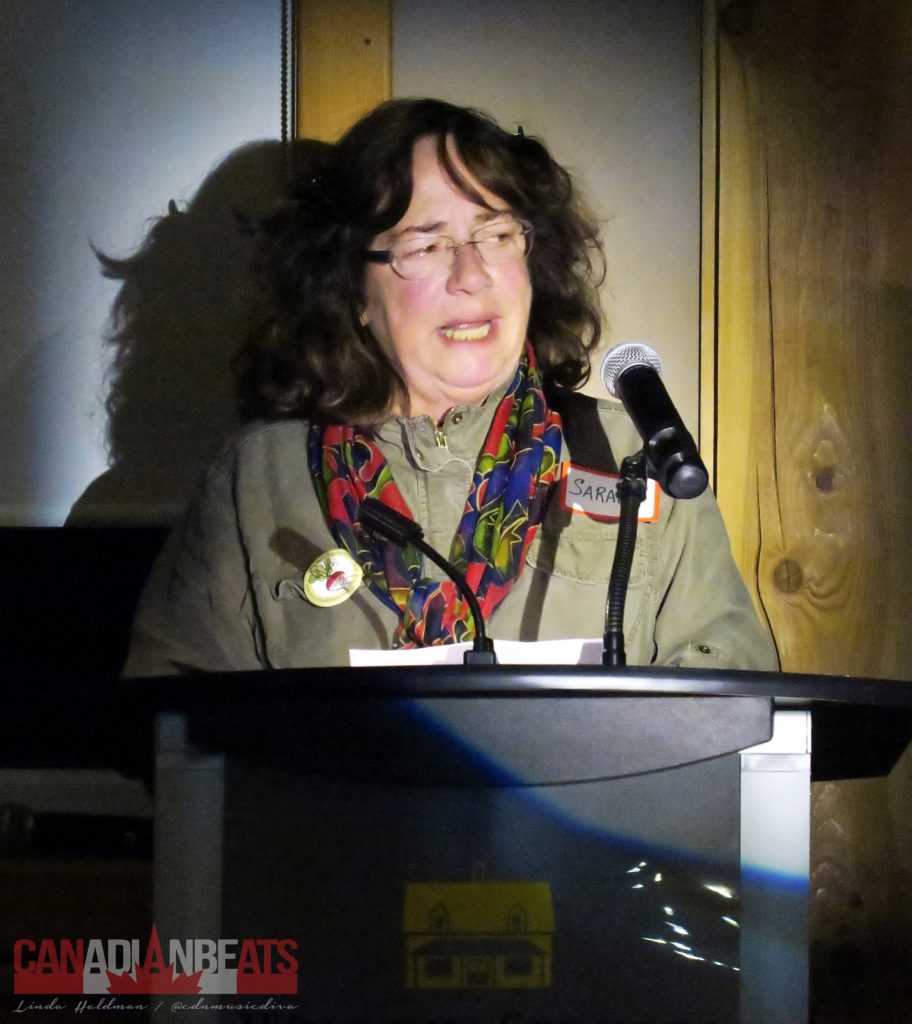 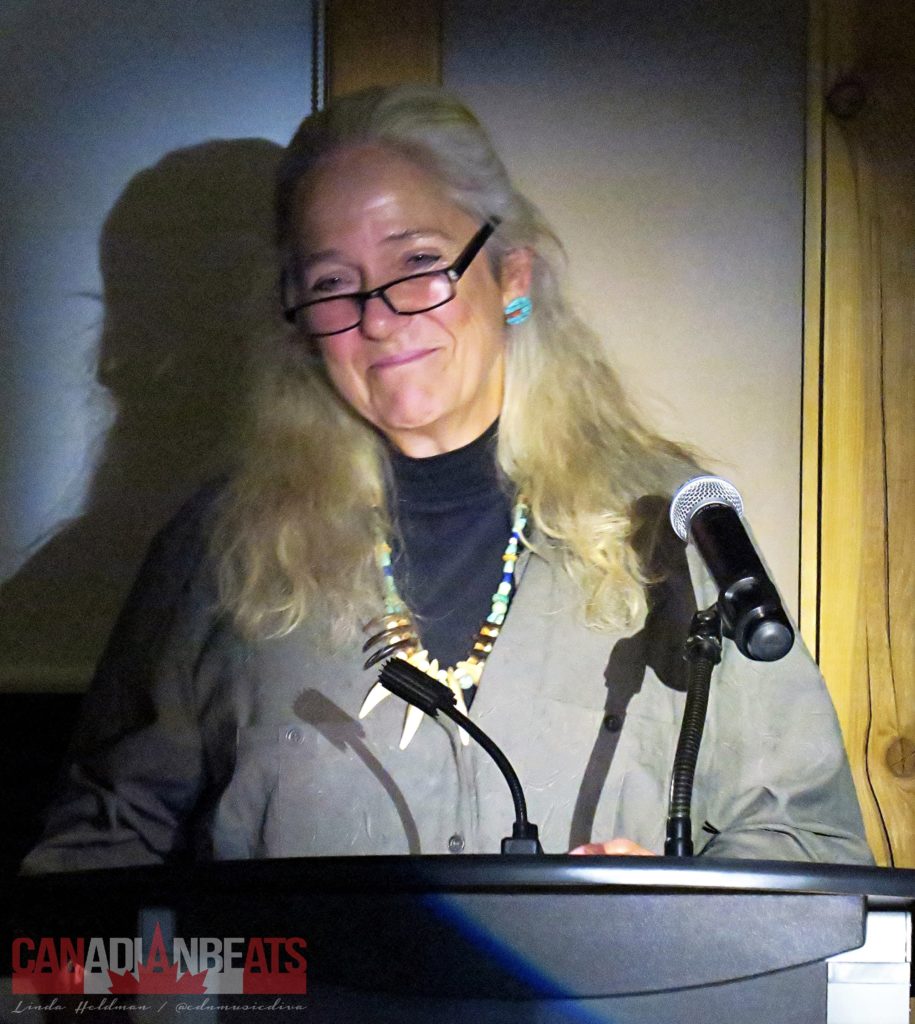 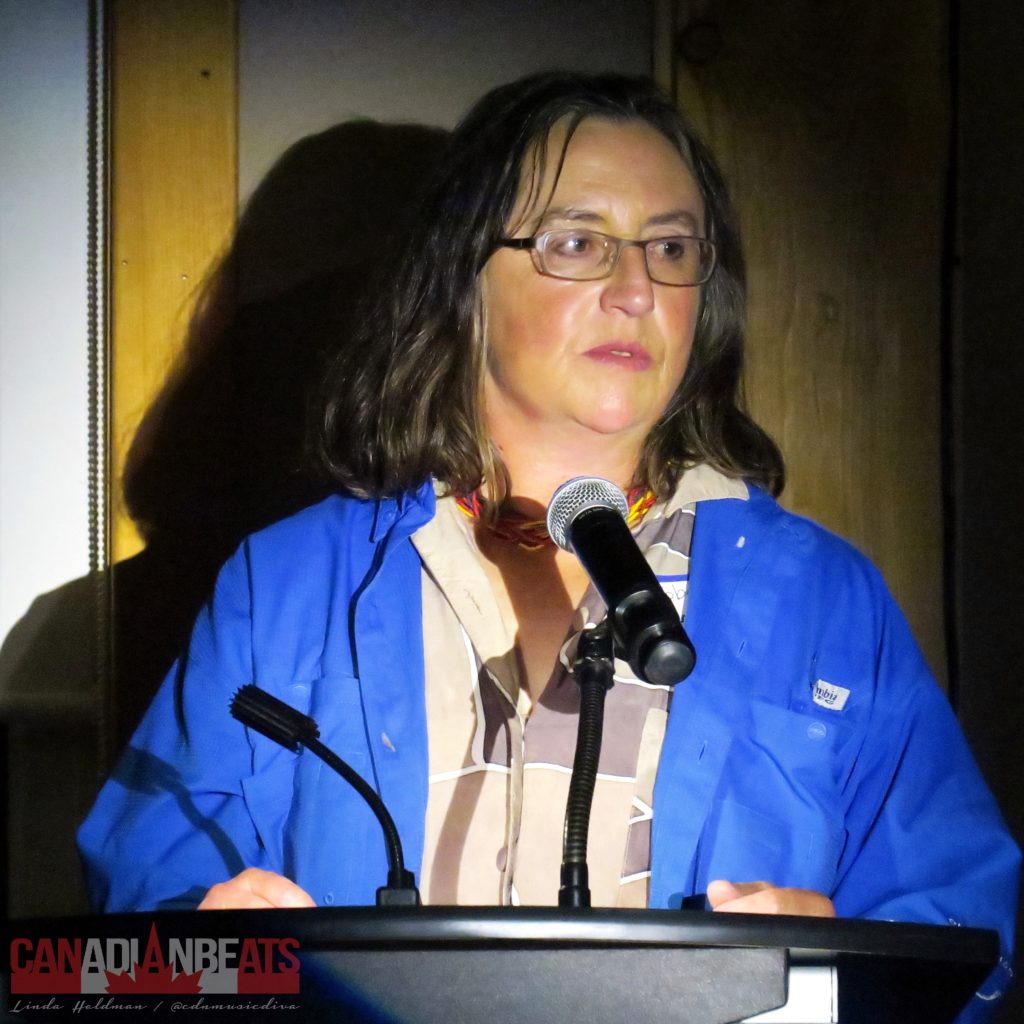 Heather Ballentine brought a different edge with her story. I have known Ballentine for a good three years now and only really knew about her musical career. She is a take charge kind of woman and that came through loud and clear in her talk. She spent time in LA pursuing music and acting with no real success. After marrying a good Canadian boy and moving to Canada, She discovered she had a knack for selling cars. Not just any cars, Lamborghini! She actually grew up with a love for cars and it is that love that….excuse the pun…drove her to becoming a top 1% seller of luxe cars in North America. It is her success in car sales that afforded her the opportunity to finance her music and acting career the way she wants to do it, forming Cool Cat Records and Ballentine Entertainment. 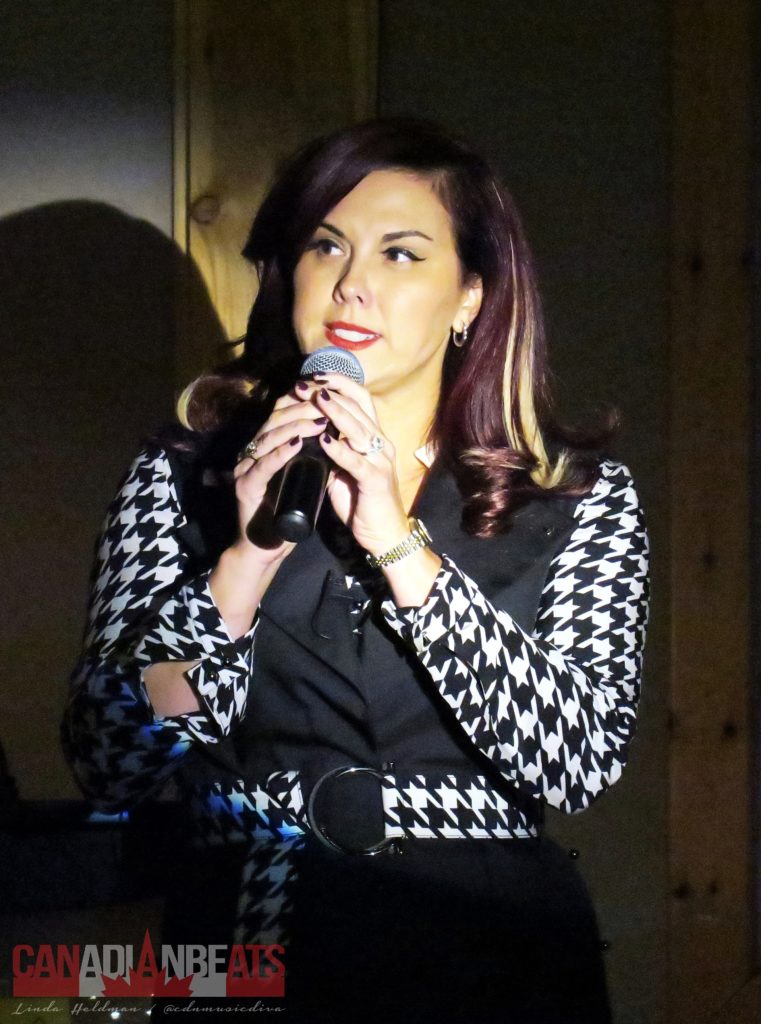 After an intermission and closing the silent auction, Crystal Andrus Morissette took to the podium. She gave a heart-wrenching account of her young life which included sexual abuse and becoming homeless in her teens to over-coming and empowering herself to become a published author of four best-selling books, being recognized all over North American television and media and even appearing on Oprah.com. She is a motivational force and well worth the time to listen to her story. 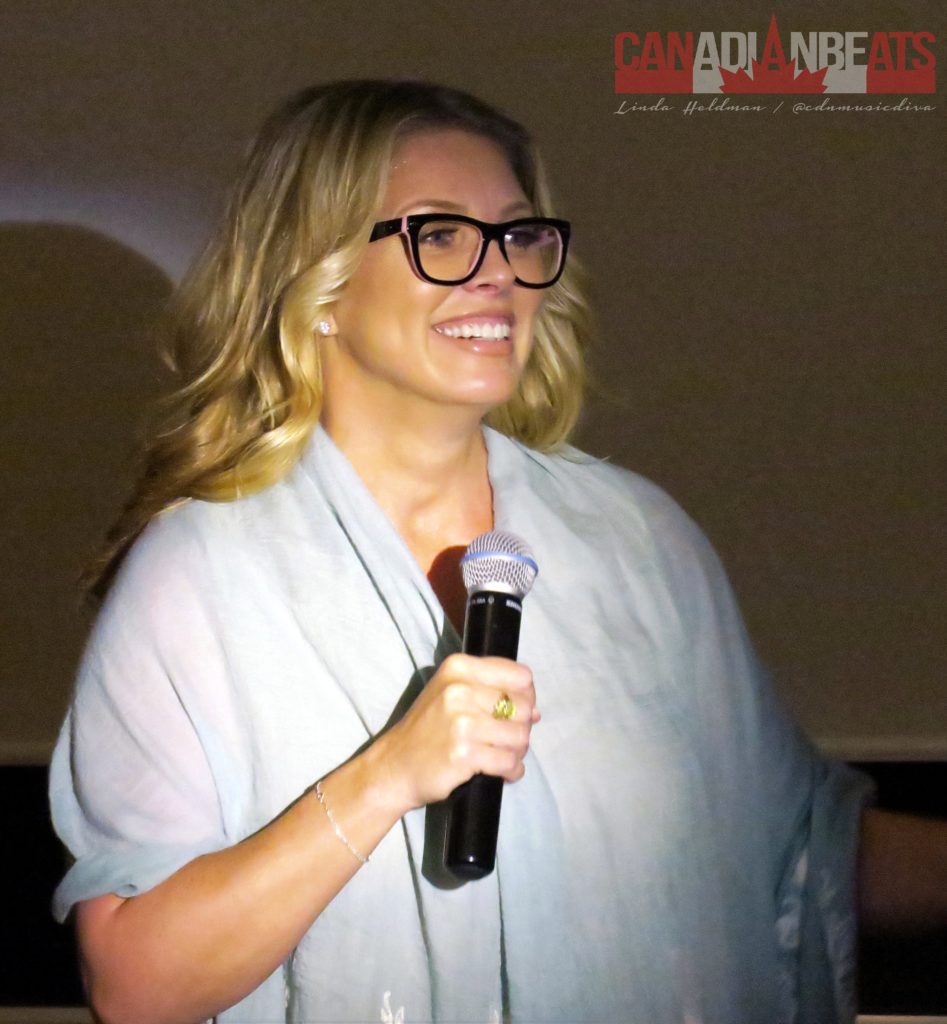 I look forward to other events from Inspired Thinking Presents. If one is ever in your area, please support it. 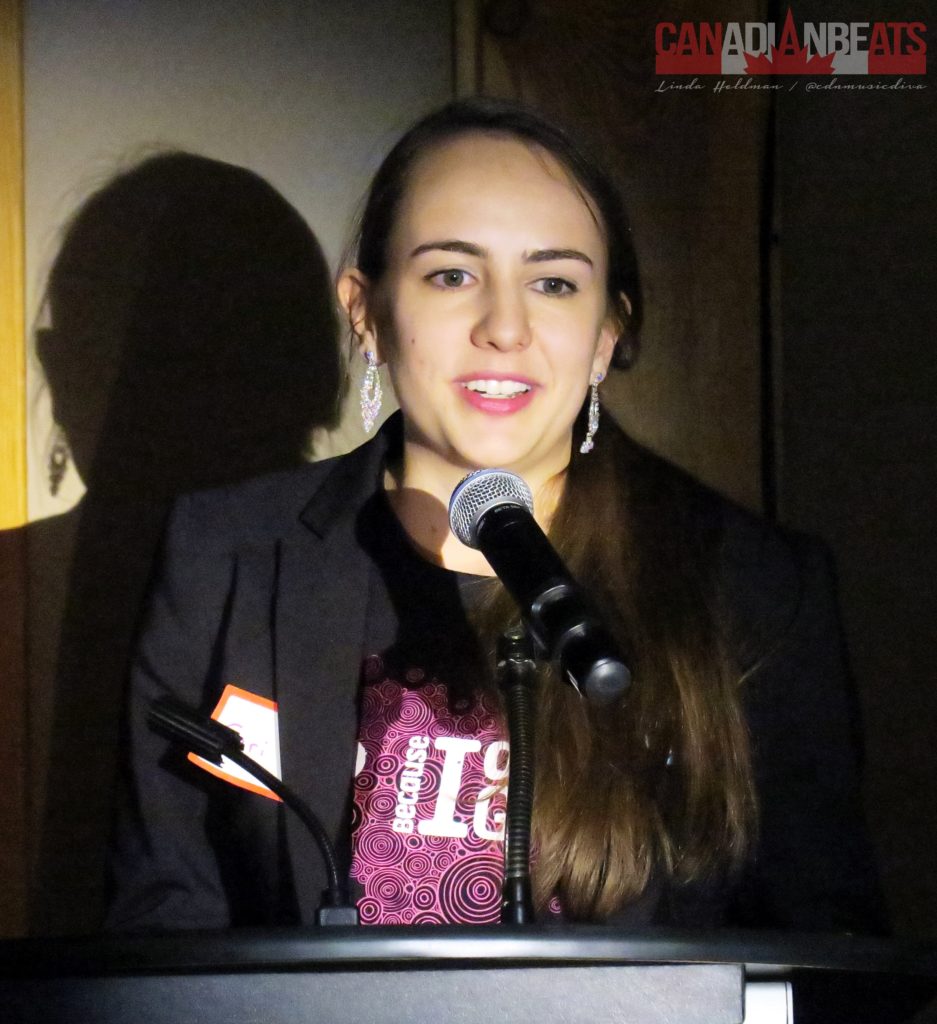 Cari Siebrits – Public Engagement Coordinator, Because I Am A Girl 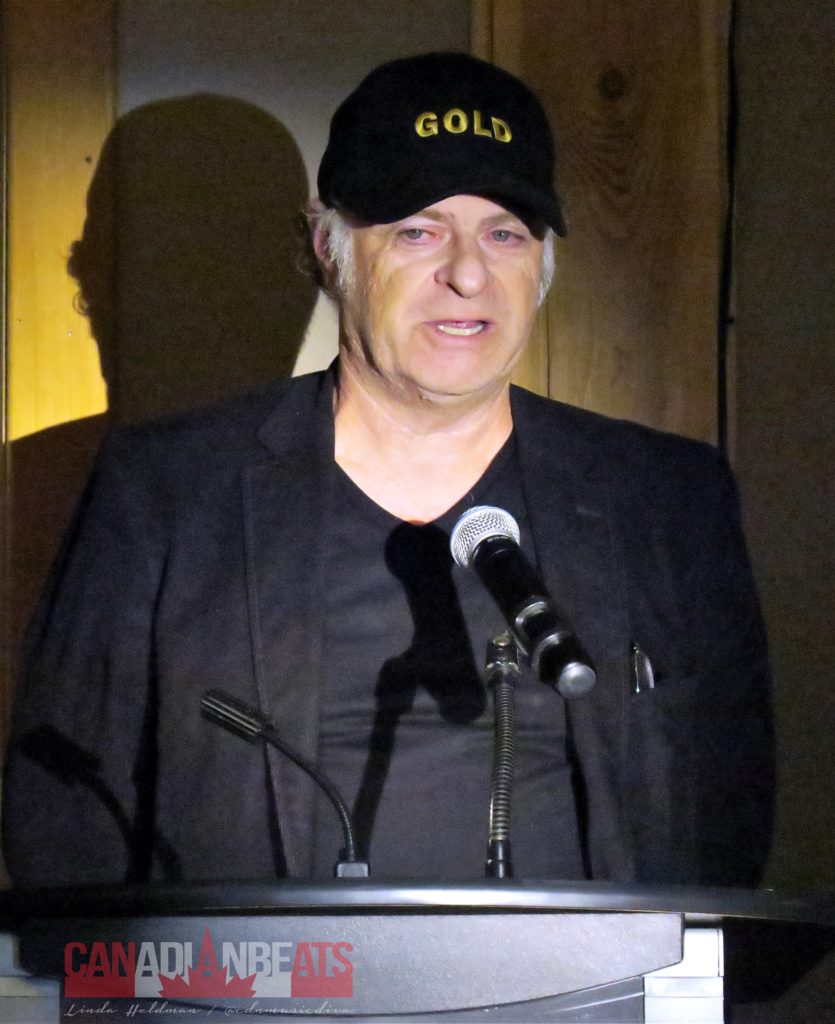