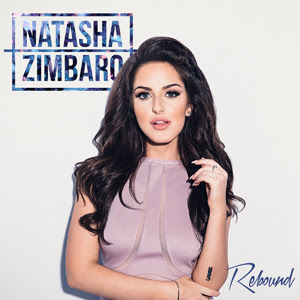 Maple Ridge, BC’s own Natasha Zimbaro is set to make waves at Canadian country radio with her brand new single “Rebound”, released October 5th (HOME Music Co.). Instantly catchy, “Rebound” is a melodic ode to the necessary distraction needed to take one’s mind off the tumultuous emotions that inevitably follow a painful break-up. Available digitally everywhere October 28th, “Rebound” is Zimbaro’s return to her country roots, a genre she first embraced at the young age of 13.

After catching the eye of The Road Hammers’ Jason McCoy during an opening slot for Carrie Underwood at the Merritt Mountain Music Festival in BC, Zimbaro began working with the seasoned artist.  McCoy proved himself to be a valuable mentor and manager to the young performer, leading her through the next three years of her career and helping to develop her signature sound. Following a top 16 placement on Simon Cowell’s UK X Factor in 2011, which included a once in a lifetime performance at the legendary Wembley Stadium, Zimbaro went on to join forces with Canadian pop outfit PRTY H3RO, garnering two Top 20 radio singles as part of the trio.

“Rebound” marks Zimbaro’s return to where she feels she’s meant to be.  With excitement for this renewed chapter of her life, fans can expect big things to come from the country artist.