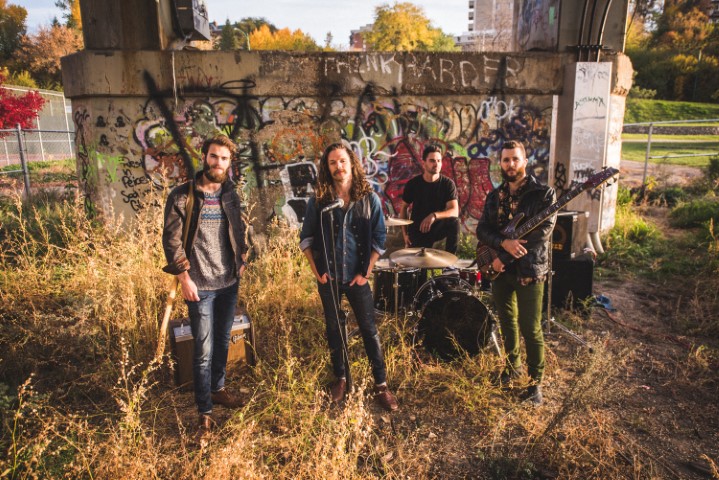 The award winning Canadian Alternative Rock group Bombargo released their  compelling debut EP titled, Back on Main in 2015. Engineered and co-produced by S.J. Kardash (Reignwolf, The Deep Dark Woods, The Sheepdogs) they’ve since released the single and music video, “Precious Time” and now are dropping a new single and music video, “Little Bit More”. This funky rock track will instantly be caught by your soul and have you begging for a Little Bit More music from Bombargo. Not to fear, the boys have been busy with an 11 song album produced by S.J. and mixed by Canadian legend Daryl Neudorf (Blue Rodeo, Neko Case, Sarah McLachlan, and a Juno Award winning album with The New Pornographers)featuring keys by the infamous Brent Barkman (Aretha Franklin, Alanis Morissette, The Doors, Seals &Croft) the boys are holding nothing back on their debut album,

Bombargo’s musical landscape delivers a punchy, energetic conviction, that infuses a hint of blues and soul into their alternative rock vibe, creating a synergy that embodies the unique sum of all of the musical personalities of the group. Songs that captivate the listener through powerful and inspiring messages, that explore the universal themes like; self-belief,unlimited potential and pursuing dreams.

The band built their reputation on the intense, raw energy of their performances. Bombargo truly connects to their audiences on multiple levels and creates an atmosphere of high octane energy that they share with their fans, at every show.