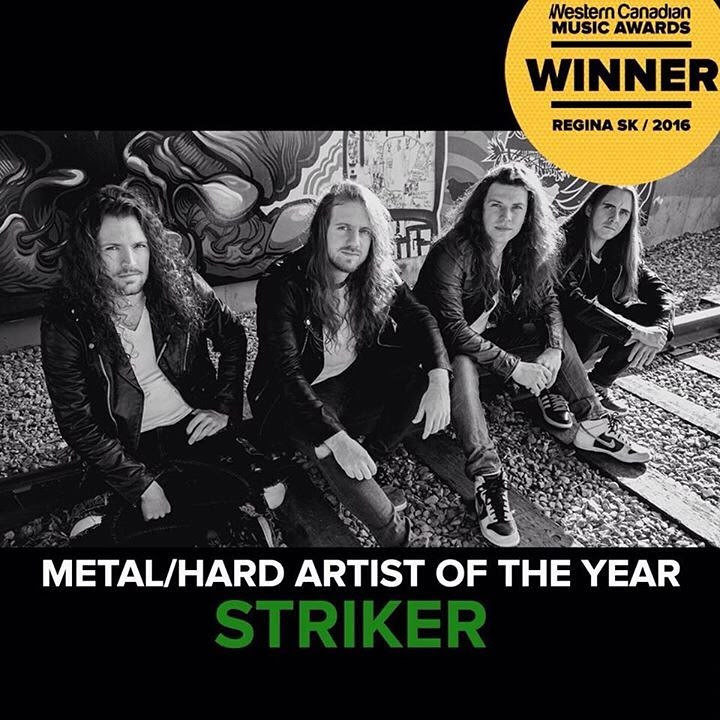 It’s been an award winning year for Edmonton, AB’s STRIKER, having won the Edmonton Music Prize along with the Edmonton Music Award for Metal Recording of The Year for their track ‘Too Late’ from their latest album ‘Stand In The Fire’. Now adding to their list of awards, the power new wave metallers have been celebrated with this year’s 2016 Western Canadian Music Award for Metal /Hard Music Artist of The Year.

The band comments on their win:

“We are so very honoured to receive the award for Metal Artist of The Year from the Western Canadian Music Awards! Huge thanks to everyone who has supported us in getting our music out into the world, and we hope everyone is ready for another dose of Striker coming soon!”

STRIKER were nominated alongside the following Western Canadian bands listed:

The awards were held in Regina, SK on October 13th. For more info, please visit the following link here.