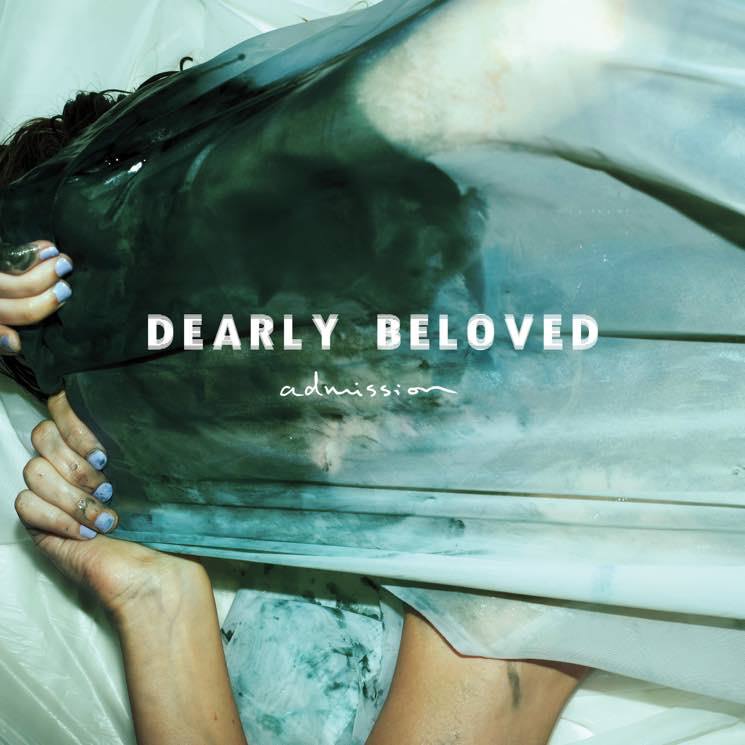 Toronto based rock band, Dearly Beloved have recently released their single “I Tried to Leave” in anticipation of their new album Admission, which will be released via Aporia Records on October 28th. Canadian Beats got the chance to talk to the band’s bassist and co-lead vocalist Rob Higgins about their new music, touring, and what their fans can expect from Admission.

To begin, can you introduce yourselves to our readers who may not be too familiar with your music?

Sure. We are a noisy combo from Toronto. We love touring and making records. We like hardcore, hip hop, rock n roll, history and the odd jazz cigarette.

You will be releasing your new album Admission on October 28th, what can listeners expect from the new music?

Kicking and screaming. Love. Empathy. Darkness. A sense of humour. As usual, the album is somewhat eclectic but it’s also heavier, faster and at times more melodic than past recordings.

The album was recorded in 14 days at Dave Grohl’s Studio 606 on the same 70’s-era Neve 8028 analog recording console that gave us Nevermind, as well as many other certified gold and platinum records. What was it like to record your album with a piece of music history?

We tracked beds at 606 for four days. It was surreal. And an honour. Our focus was on working and getting good takes but every now and then I’d stop and stare at our names on the console tape and it was hard not to smile. Just a very cool piece of rock history right there. Having our tones run through it was fun. Thinking of John Paul Jones and Motorhead tracking where we stood was fun. And inspiring. I couldn’t stop picturing Lee Ving from Fear in the control room all jacked up. I must admit, thoughts like ‘I wonder if Stevie Nicks has done rails on this thing’ crossed our minds from time to time.

Before the recording stage, you played 15 of your songs for your producer Daniel Rey and 12 of those tunes made it to the recording studio. How did you narrow it down to the top 12?

By playing them live and having Daniel react. If he wasn’t feeling it we moved on. We recorded the jams as well and then would listen as a group at night and in the morning and it became apparent which songs stood out pretty quickly.

Your first single “I Tried To Leave” is a raucous, unapologetic rock tune. What was the thought process during the early stages of writing this song?

Early it was a song purely about monopolies. Then it became this twisted love story on the surface. But that part is allegorical, at the root it’s a song about greed, history and economics.

You’ve played with a number of well-known artists including Cancer Bats and July Talk, and you recently opened for Eagles of Death Metal at Canadian Music Week last May. How does it feel to perform with these talented artists? Have these experiences influenced your sound or your performance style in any way?

We’ve played with July Talk and members of Cancer Bats in another group but anytime we get to open for a cracking band it has an impact on us. Pure inspiration. Seeing other people dedicated to doing what we do that do it with great skill and precision in a unique way is an amazing thing and still one of life’s best offerings. Music is sacred.

Sweat. Volume. Speed. Very few slow songs. As much energy as we can generate. Bubbles. A theremin.

Are there any upcoming tours we should watch out for?

Eastern Europe in November. Kicking off in Poland. We’re playing 7 new countries so we’ll be up to 19 soon.

Canadian Beats is all about supporting local talent. What are some of your favourite Canadian artists?

Our love and gratitude. And soon, our signatures of energy, live and in person. We’re also shooting a fun and fucked up video with the amazing Rob Stefaniuk this week for “I Tried To Leave”. Coming soon to a screen near you.