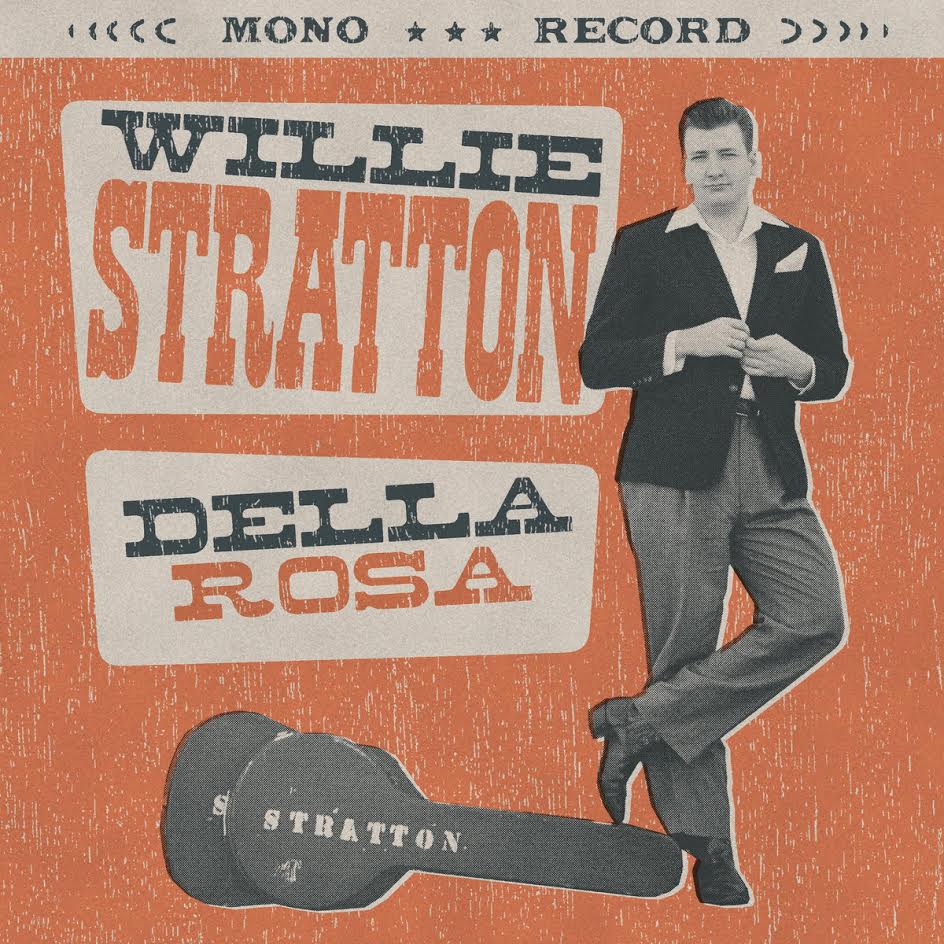 Willie Stratton’s latest EP, Della Rosa may be of Canadian origin- being from Halifax, he earned the title of “Hali-Billy”- but it finds its roots and muse in the westward bound tones of Americana music.

Della Rosa is a canvas filled with an array of acoustic guitars, fiddles, clean electric guitars, and the powerful voice of Stratton.  This blend of instruments creates a highly unique soundscape which is almost unheard of today.  The best example of this is the instrumental track, “Oh By Jingo! Oh By Gee!” which sees some slick guitar soloing with chordal and ambient accenting from the bowed violins.  The song trades solo sections, first from the electric guitar, followed by the acoustic guitar, to the violin, and once again back to the electric guitar.  Hearing the three instruments blend together in such a way that they seamlessly transfer the melody from one another is quite something.

Such a set of instrumentation only adds to the twang of Stratton’s stretchy vocal quality and adventurous melodies.  “Sweeten Me Up”, the album’s closing track, captures his voice at its best and most expressive.  The album’s ballad, “Lonesome Rambler”, sees everything toned down in quite the tasteful manner.  Stratton is joined in constant harmony by a soft female voice and the two tell the story of unrequited love.  The contrast between “Lonesome Rambler” and “Sweeten Me Up” is drastic.  Both songs, the emotionally driven ballad and the upbeat and bouncy track, Stratton is able to deliver not only great material, but with equal proficiency as the other.

Willie Stratton’s Della Rosa is a very fun record.  It is a very rare occasion to hear country take a turn for rockabilly nowadays.  The word rockabilly alone evokes feelings of vintage and retro technology; however, that does not stop Stratton from delivering a modern take on the genre.  In some ways you can compare him to Johnny Cash, in other ways, he resembles Fats Waller.  Della Rosa is without a doubt a record pulled out of time and brought to us today, and is one definitely worth checking out.

Album art made by Hatch Prints in Nashville, TN