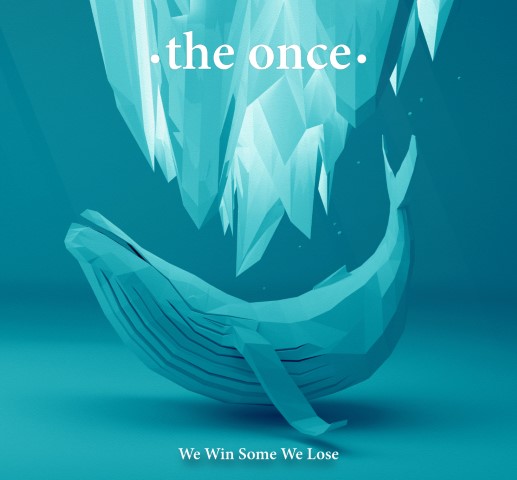 The Once, a folk trio from St. John’s Newfoundland, are currently on tour across Canada hitting up much of the Atlantic provinces as well as reaching as far west as Alberta, along with a few Ontario stops.   On October 4th, they have released their latest album, We Win Some We Lose Some.

We Win Some We Lose Some is a very indie album, despite the trio’s claims to be more in line with folk music.  That being said, however, it is when they embrace their folk title that they shine the most.  “We Are Love” is an excellent track with some incredible harmonies and a soothing banjo line which holds the song together.  Similarly, “Tell Me Something I Don’t Know”, with its crisp, fingerpicked acoustic guitar, when paired with vocalist Geraldine Hollett’s calming, breathing, and commanding melodies and intrinsic lyrics, continue to capture a rootsy vibe.

The album also features two live tracks- “Last Lemonade” and “The Blood Inside Your Heart (For Olive)”- both of which have a studio counterpart on the record.  In both cases, the live renditions are much better than their recorded versions as they capture the band in what feels like a more organic setting.  The use of additional instruments, the violin, banjo, and acoustic guitar on “Last Lemonade” as well as the band’s frequent and rich use of harmony adds a new layer of depth to The Once’s compositions.  Unfortunately, the recorded versions of the song are nowhere nearly as exciting to listen to as the live takes, and to put them side by side on the same album highlights this.

All in all, We Win Some We Lose Some is a good album.  Much like the title suggests, there are some songs that certainly stand out when compared to others on the record.  These songs,  such as the previously discussed “Last Lemonade (Live)” and “Tell Me Something I Don’t Know” capture a folk spirit which is rarely used in such an artistic fashion.  The Once’s use of harmonies are nearly unmatched, especially in relation to their peers, giving them a very distinct sound.  Be sure to pick up We Win Some We Lose Some for you indie folk fix and catch The Once on their upcoming tour!

Related ItemsFolkIndieLast LemonadeMusicNLNewfoundlandSpincountSt. John's NLTell Me Something I Don't KnowThe Blood Inside Your Heart (For Olive)The OnceWe Are LoveWe Win Some We Lose Some
← Previous Story Review – The Classy Wrecks
Next Story → Review – Illyrian