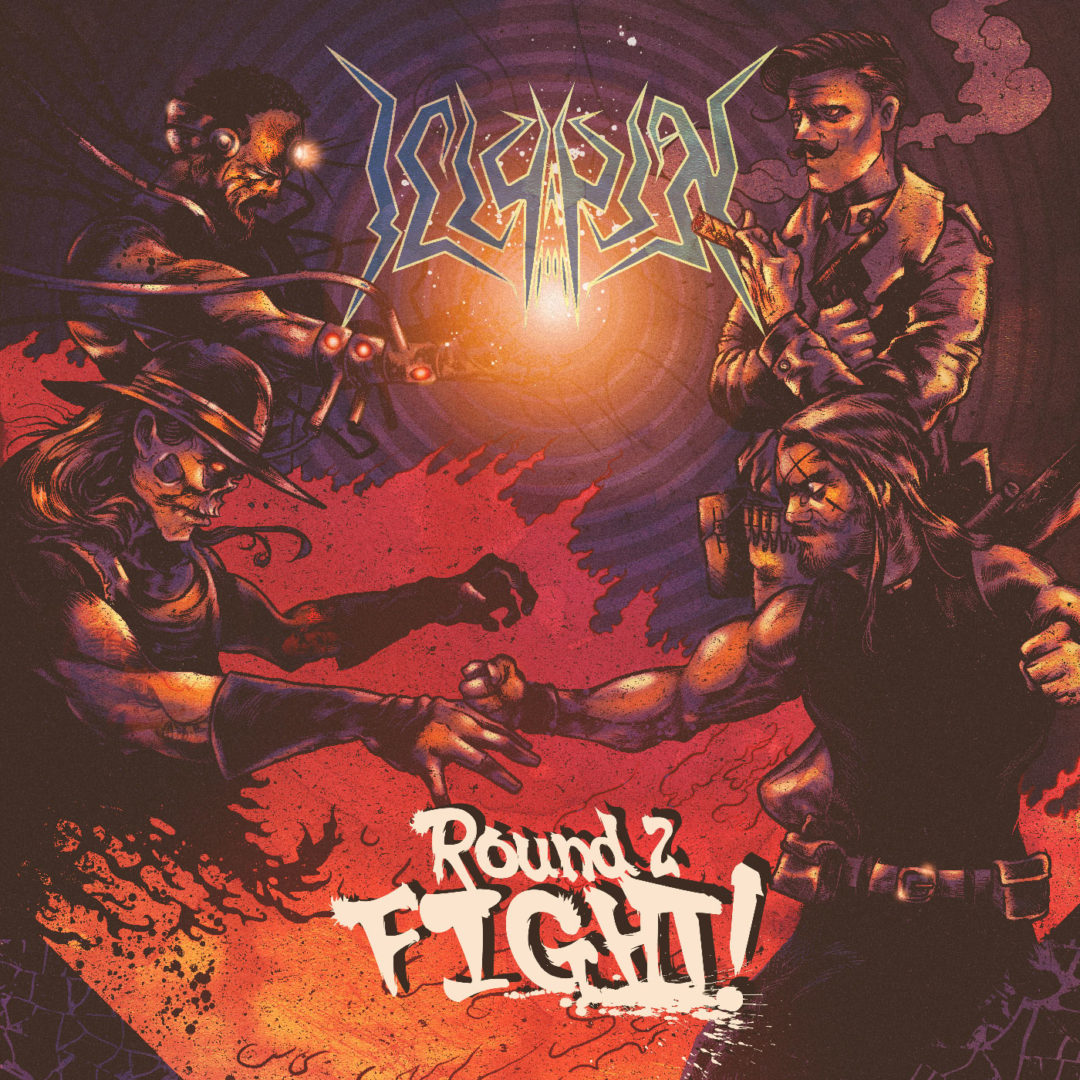 Calgary thrashers Illyrian have unleashed a mosh pit massacring new album appropriately titled Round 2: Fight!  Unrelenting, face-melting and otherwise utterly insane, this album is guaranteed to be a crowd pleaser!!

Filled with hammering blast beats and riffage so violent you have to keep shovel handy to pick your face back up off the floor, Illyrian has certainly nailed it on this record.  Like some kind of twisted, hellborn death engine, Round 2: Fight! erupts song to song from the speakers, like waves lapping a shore. Grab this album, crack a brew and enjoy!!!