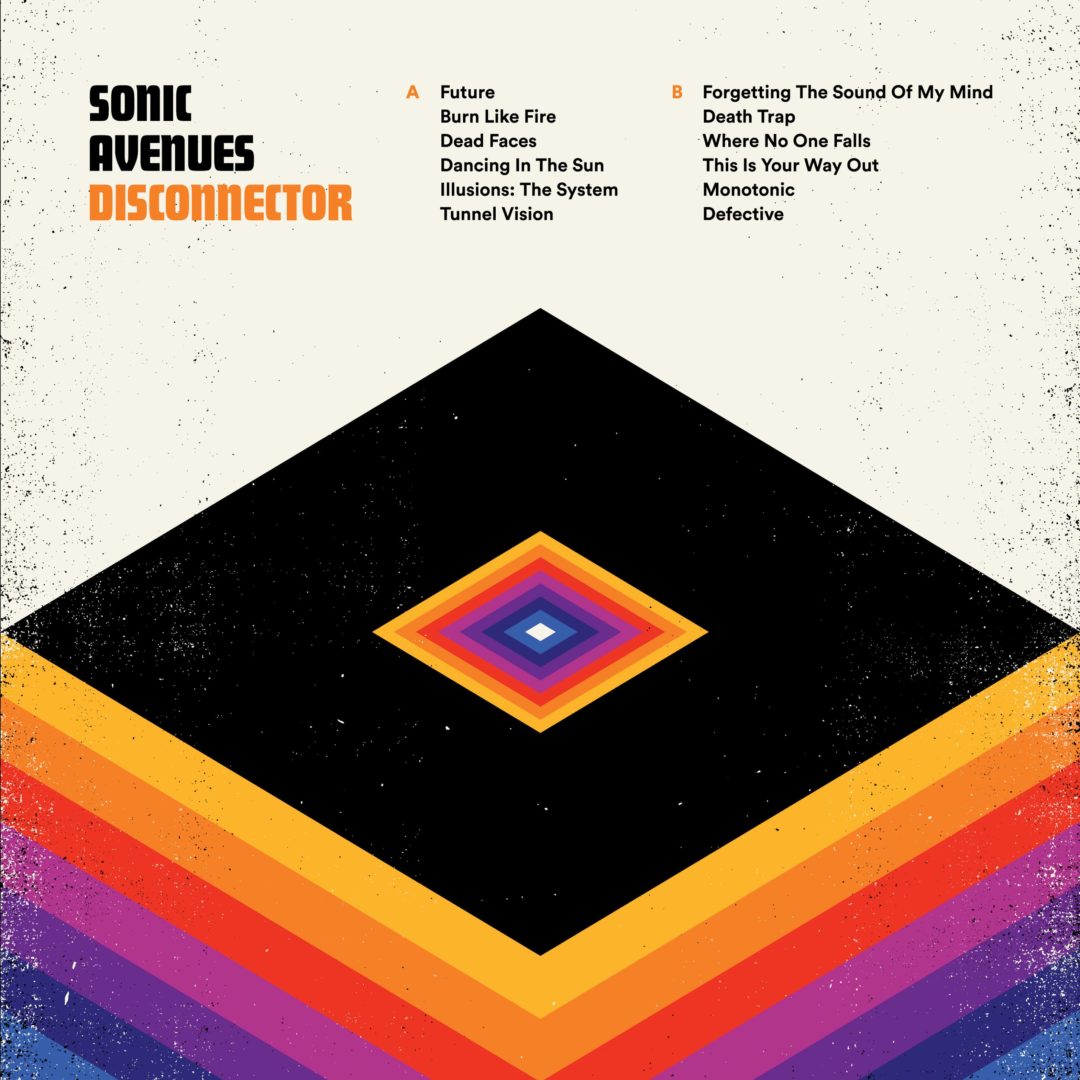 Sonic Avenues, a band from the Montreal area consists of four members: Max, Sebastien, JC, and Chance. This release will be their fourth full length album.  Having never listened to the band, the first track “Future”, just screamed along and was filled with punk influences.  Through the entire album I can definitely hear that the band began with punk roots.  It is a fast paced, high energy mix of songs, that will keep you going right to the end. The 80’s flair is consistent in all of the songs as well, and I must admit I have a soft spot for 80’s music.

The song “Dancing in the Sun”, was a favorite for me, along with “Tunnel Vision”.  The closing song “Defective” was probably one of the quieter songs on the album.

The band will be going out on a month long tour of Canada and the US right after the release.