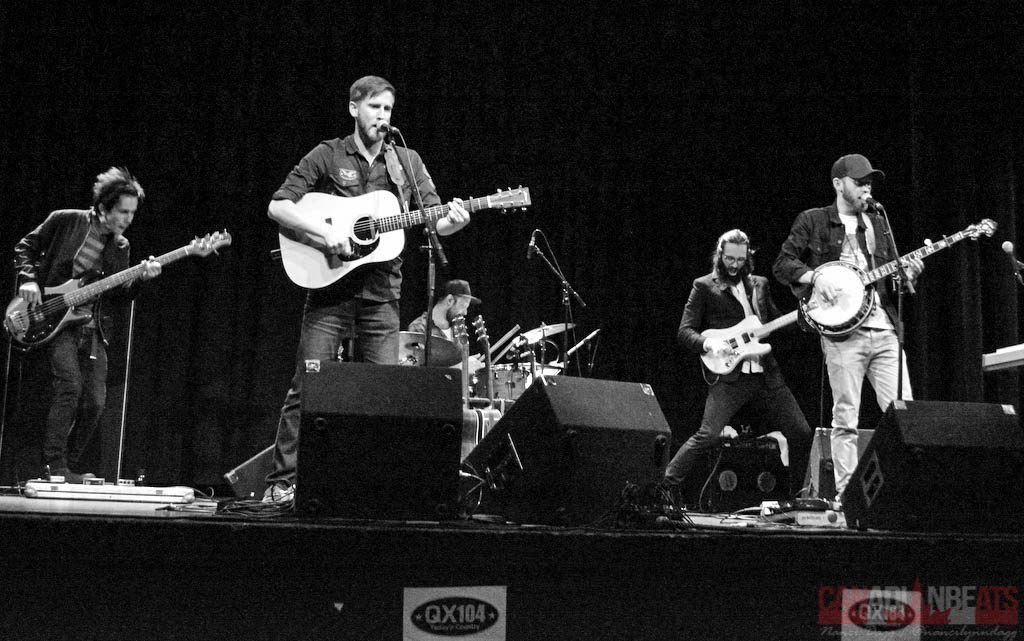 The Abrams, brothers John and James, hailing from Kingston, Ontario, are a duo composed of fourth-generation musicians that have been performing together since they were children and they have recently taken that craft ship to a whole new level. Their music now is a combination of bluegrass, country and folk-rock, a style that has evolved over many years of hard work. In 2005, they became the youngest Canadians to perform at the Grand Ole Opry.

Winnipeg was the first stop of their six-city Head West Tour. I knew this hour-long, intimate show was going to be a phenomenal one when they hit the stage performing “Wake Me Up.” Their crazy energy and unique style was amplified by the immense amount of fun they had on stage. All this tied together to produce a powerful live show that was infectious and got audience members onto their feet dancing right from that first song. The twosome’s pitch perfect harmonies were very impressive. Their fine voices complemented each another especially when John sang baritone, James falsetto. They blend together beautifully.

The brothers connected so readily with the audience and they were delighted that so many friends and family came out to see them. Their mom and dad, for a time, lived in the small community of Stonewall, just outside of Winnipeg so to them, Winnipeg is their home away from home. And, it showed in the performance.

The evening consisted of great banter between the brothers; fantastic chats with the audience about their touring days in the United States, about how they still sing four-part harmonies with their 99-year-old great grandmother, about the guitar that John was playing was built by himself and his grandpa, about how they like to write songs while driving across the Canadian prairies because it really is a boring drive. The fiddling was second to none and so was listening to some pretty amazing vocals.

“The Walls of Jericho” has so much meaning to The Abrams and holds a very special place in their hearts. The duo wrote this tune while in Israel performing for the Festival of Tiberius in Jericho. John was thrilled to let the crowd know that they actually stood on this ancient wall. It’s a lively song and what the audience saw was that James could play the banjo as well as he can play the fiddle. This song was an upbeat and happy song and the band had fun performing it.

The stage came alive to John Denver’s “Take Me Home, Country Roads.” So did the crowd. They were clapping their hands in the air, singing right along and dancing in the aisles. Then, one of my favourites of the night started. “Fine,” their first single from their debut self-titled album was a little bit reggae, a bit pop, a summer song that is reminiscent of The Beach Boys’ greatest accomplishments. This hit (“Fine” made it to the Top 40 on Canadian country radio) was released last April and it’s one that you’ll just want to listen to again and gain. It has a feel good vibe to it.

The most poignant song of the night was “Waltz Above the Clouds.” The audience became quiet as John explained the message of this song. The brothers wrote this one to bring peace to their family’s struggle and suffering. John says “Music is all about bringing people together, giving people encouragement and peace.” They gave so much of themselves in this song that they touched the hearts of every person in the room. Near the end of the song, the tempo really picked up. It was resounding, very powerful! So much so that the audience switched gears and felt the happiness and joy that life has to offer.

The pinnacle of the night for me was The Abrams final song “Orange Blossom Special.” It’s one of my all-time favourites and with the brothers putting a modern spin to it; it was the song of the night for everyone!

The Abrams are definitely a band you need to check out if you already haven’t. If you hear that this duo is playing near you, I urge you to go. You will not regret it. 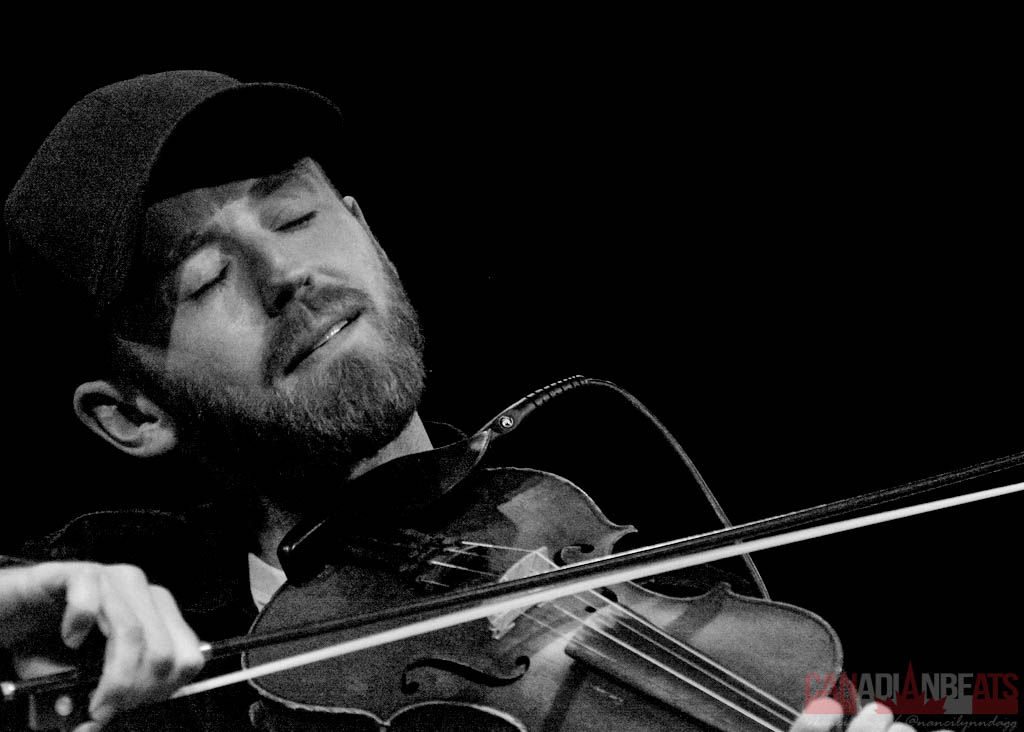 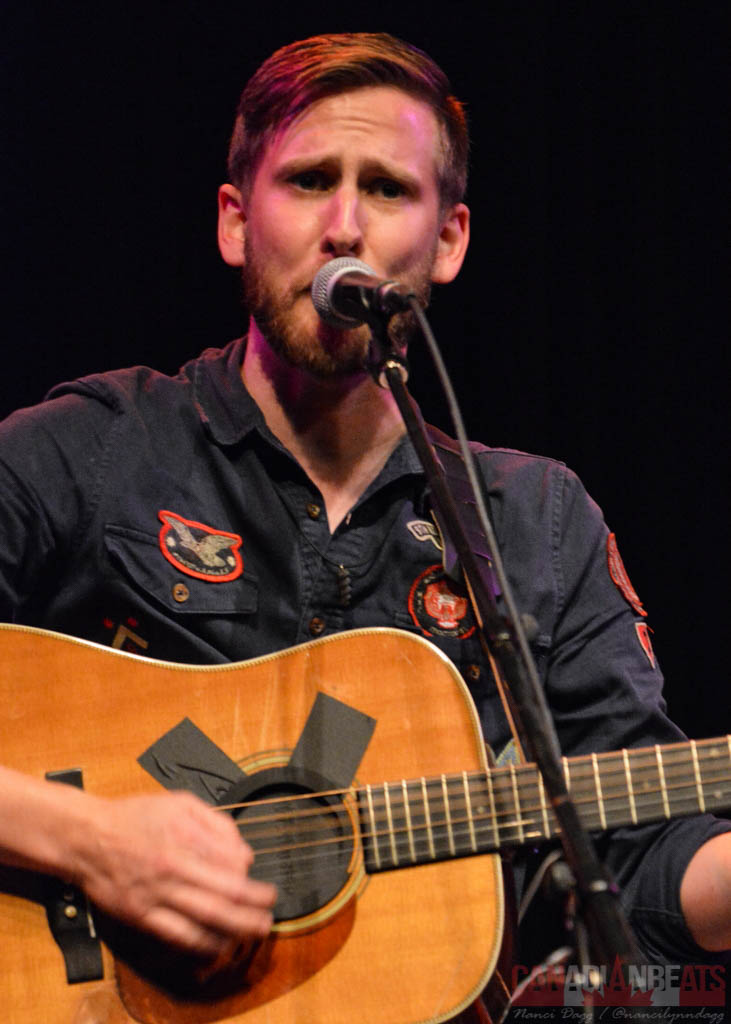 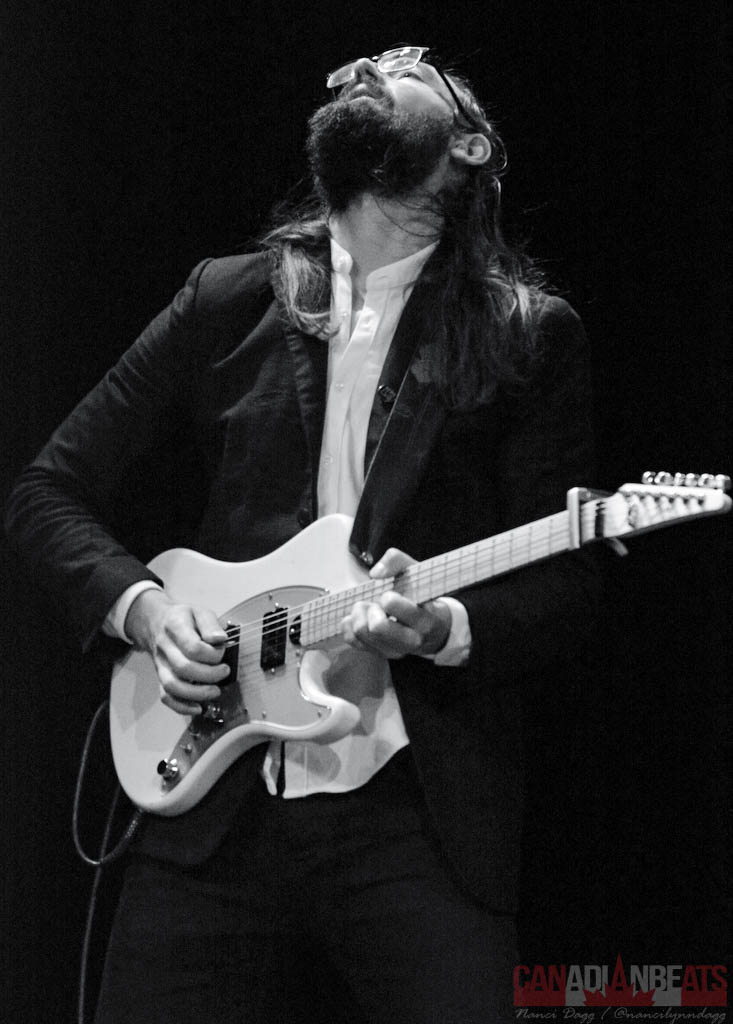 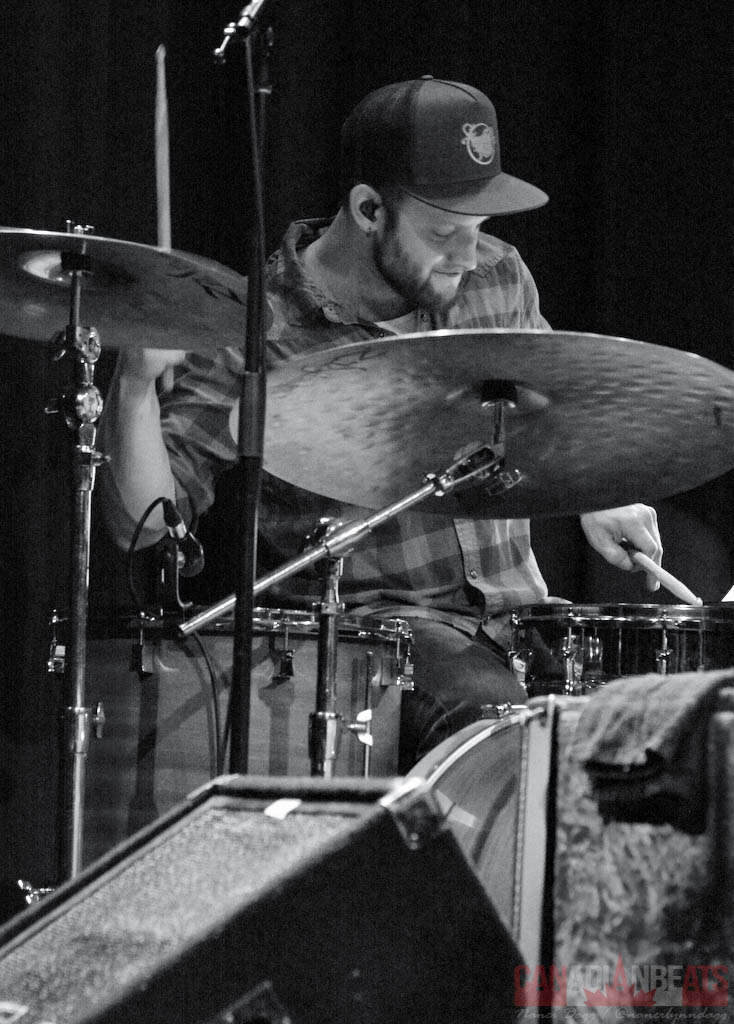 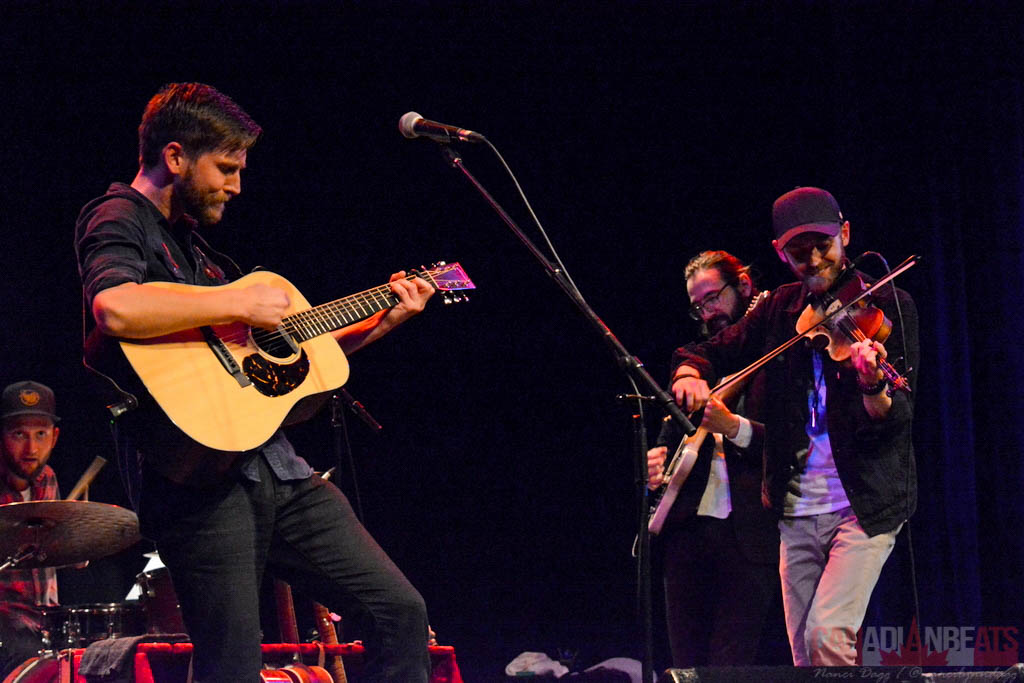 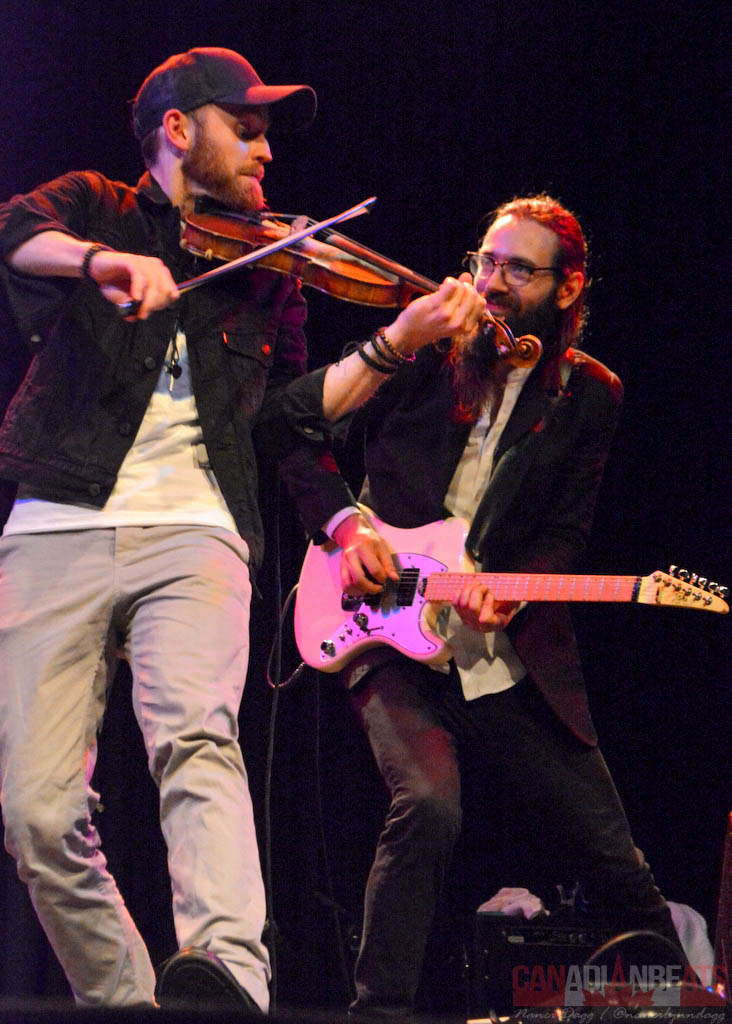 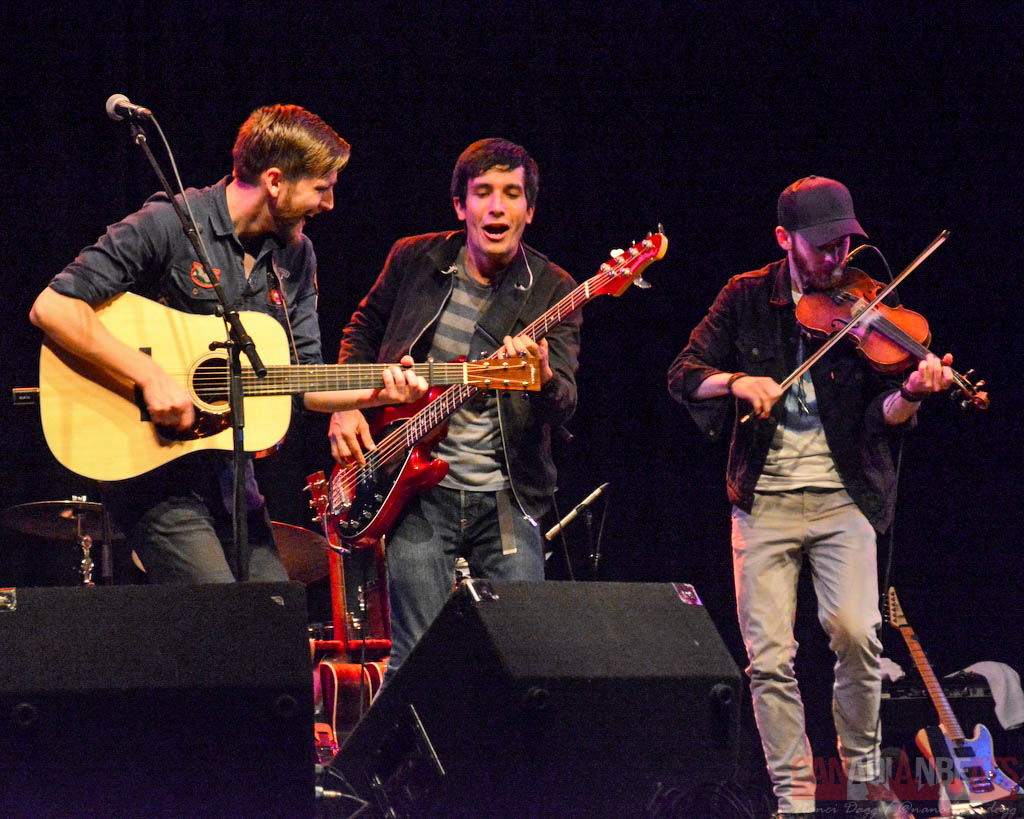