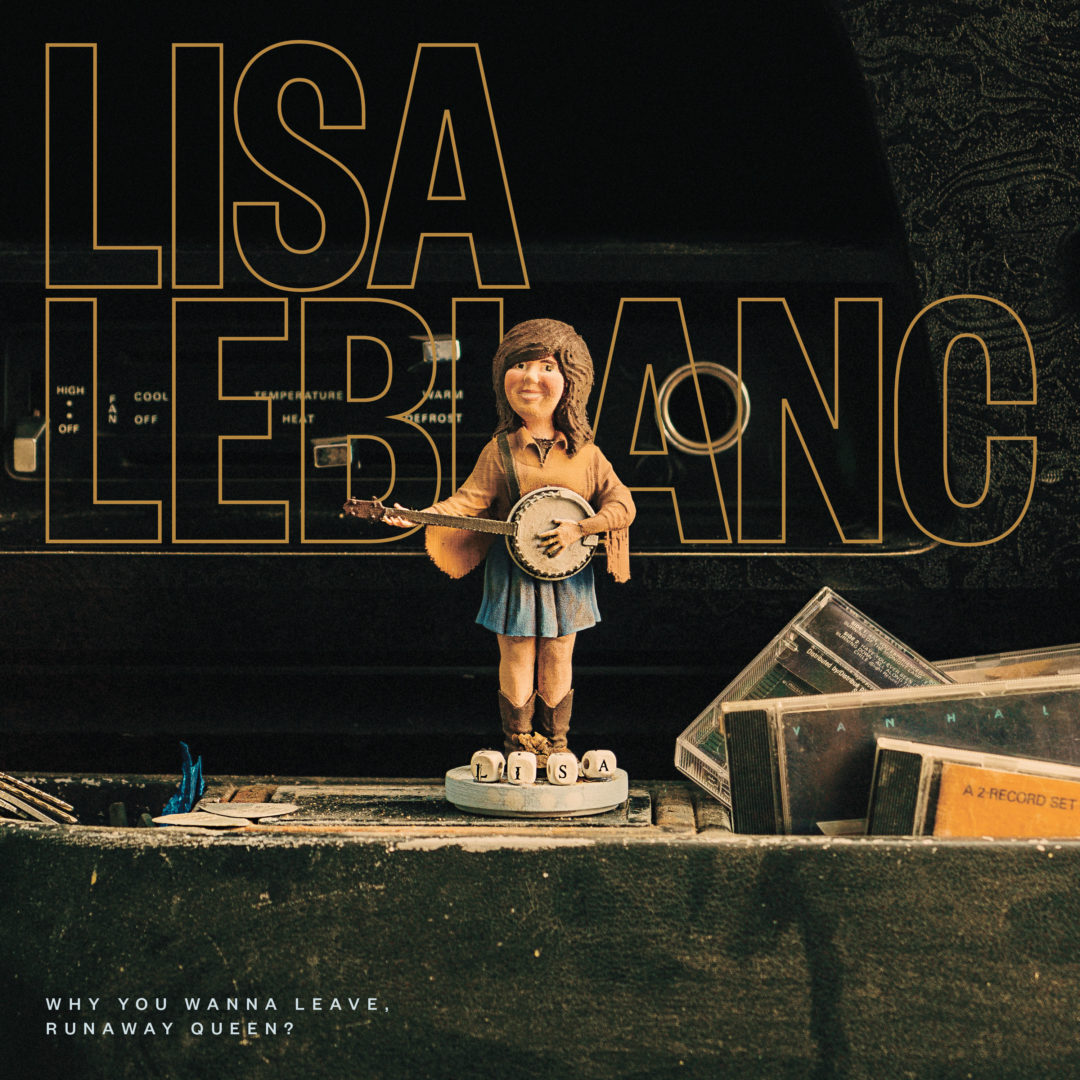 “Don’t be a dick to somebody who writes tunes or this will happen.”  This piece of wisdom is brought to you by the New Brunswick born and current Montreal inhabitant Lisa LeBlanc.  Judging by the lyrical content of her latest record, Why You Wanna Leave, Runaway Queen, it should be something all of us should take into account.

Why You Wanna Leave, Runaway Queen is an unbelievably fun record.  The bluesy opening track, “Could You Wait ‘Til I’ve Had My Coffee?” takes a vastly unique approach when compared to the abundance of songs written about the end of a relationship.  While not only comical, its story is that of empowerment.  Beyond her quick wit and ability to generate one of a kind lines lies an incredibly rich album of music showcasing not only the versatile and powerful voice of LeBlanc, but also and song writing style that has reached a level of maturity.  “Dump The Guy ASAP”, for example, sees a fusion of a simple banjo line along with a slick electric slide guitar and a Latin based groove.  Furthermore, LeBlanc continues to embrace the blues- both musically and lyrically/thematically- on “(Self-Proclaimed) Voodoo Woman”.

Throughout the course of Why You Wanna Leave, Runaway Queen, LeBlanc flawlessly bends the often confining restrictions of genre classifications, often invoking textures often associated with the blues, rock, pop, and country.  In doing so, she has created an excellent and creative record.  Such fusions can be seen in contrasting numbers of the likes of “Ti-gars”- a bouncy and vintage rock track- against the banjo led track of “Eh Cher (You’ve Overstayed Your Welcome)”.  This blend of genres is not only found between songs, but also within them.  Two songs seem to epitomize this best; the first being LeBlanc’s cover of Motörhead’s classic, “Ace Of Spades” where she rips it up on the banjo alongside heavy distorted guitars.  The country and rock fusion makes for one of the best renditions of the track that I have heard, while also a meaningful tribute to the late Lemmy Kilmister.  The second track is the folky, bluesy, country ballad that is “5748 km” a song which truly allows for LeBlanc to convey her emotions in a semi-sung-semi-spoken manner.  These two tracks demonstrate LeBlanc’s ability to seamlessly create a sound that is unique to her by fusing and displaying such an eclectic range of influences.

Lisa LeBlanc is a highly refreshing voice.  Not only does she reject the all too common trends of modern pop music, but she instead embraces a retro style while also embracing her own blunt and often humorous personality to create the image of a rockstar who is humble and honest.  Listening to Why You Wanna Leave, Runaway Queen is to get a peek, a brief introduction to LeBlanc.  This is a highly creative collection of songs without a trace of filler.  Every song measures up to or exceeds the previous, giving the listener a record which not only immediately pulls them in, but also delivers a very artistic and unique sound which they will have trouble finding anywhere else.  Without a doubt, this is an album worth listening to again and again.