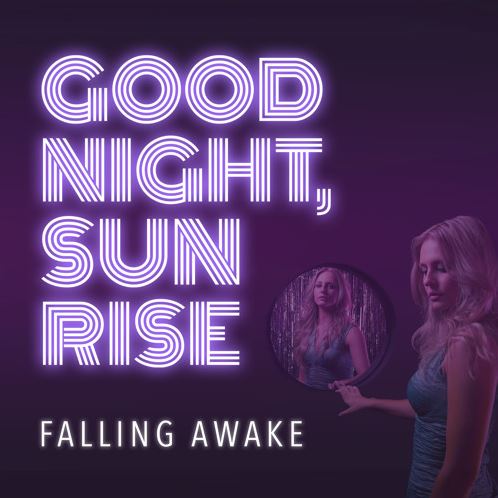 Goodnight Sunrise is a pop rock trio out of Toronto, Ontario. After a few lineup changes since forming in 2011, the trio is now made up of Paul Weaver (drums), Vanessa Vakharia (keyboard/vocals), and Paul Kockberg (guitar/ producer). Known for their eclectic musical style, Falling Awake features nine great tracks.

“Familiar Faces” is the first track, opening with haunting vocals and a soft pop rock sound that then morphs into a dance beat. It may sound odd but it works. Another tune that starts soft then goes into a dance beat is “All Things Past”. Two of the other tracks, “The Chase” and “The Catch” are straight up driving rock tunes. “Deal With” is a great funky, upbeat song. The rest of the album consists of radio friendly pop rock tunes. Goodnight, Sunrise released Create/Destroy/Create in 2013, which received Canadian air play that summer. Be on the lookout for this band to follow in the footsteps of their musical influences Florence + the Machine, Metric and Billy Talent.