Terri Clark is one of Canada’s greatest musical exports. Since the release of her self-titled debut album Terri Clark back in 1995, this “Northern Girl” has been consistently turning out great music for over 20 years. The only female Canadian country artist to become a member of the prestigious Grand Ole Opry, Clark lives and breathes authentic country music. With her strong vocal skills, song writing talents and highly technical guitar playing is comes as no shock that Clark has been regarded as one of Canada’s favorite country artists since she first graced the country charts with her smash hit “Better Things to Do.”

10 studio albums and countless cross country tours later, Clark has once again embarked on a Canadian tour taking her from east to west playing most major cities and venues. Clark’s #BackToMyRoots solo acoustic tour brings fans up-close and personal with Clark and her biggest hits. The tour commenced on September 14th in Summerside, PEI and is scheduled to wrap up after an intense run of 40 dates across Canada in British Columbia. A full list of remaining dates, venues, and tickets can be found in detail on Clark’s website.

While Clark has toured Canada extensively in the past, what makes this tour particularly special is the ability to catch this musical icon display her talents on stage with nothing more than a few guitars. When Clark says “solo tour” she means “SOLO tour.” No backup singers, no band, and no special effects create the setting for one special evening with Clark and her beloved tunes.

Since the launch of the tour in Summerside, Clark has been making her way across Canada one tour date at a time. Clark brought the #BackToMyRoots tour to Sherbrooke, QC for a sold-out stop at the beautiful Centennial Theatre on September 20th. Born in Montreal, Clark expressed exactly how special the tour stop meant to her throughout the night. Mentioning to her fans some of the areas she grew up in, the fond musical memories she has with her grandparents, and some of her favorite food stops Clark captivated the audience with her laid back and humble personality.

With a comfy chair, six guitars, and a scattering of pillar candles Clark hit the stage performing “I Just Wanna Be Mad.” Clark explained the planning that went behind her set list “I knew that I wanted to take something from each album that I have recorded. I also knew that I wanted to be able to mix up the list and offer something different each night of the tour.” Covering everything from her earlier hits, to some of the classic country songs she would perform around her parents’ kitchen table, and later on the legendary stage of Tootsie’s Orchid Lounge in the heart of Nashville Clark took the audience on a journey through music and time.

It was the performance of “Smile” that left the audience on their feet applauding and cheering for well over a minute. Clark wrote the very personal ballad with Karyn Rochelle shortly after the passing of her mother. Clark explained the story behind the lyrics and explained how her mother was the inspiration for the touching song. Just prior to stepping into the Centennial Theatre Clark mentioned that she spotted a rainbow across the sky and knew that the presence of her mother is still around her. Beyond words, it was one of the most touching moments I have witnessed in a long time. The thunderous applause and pure respect that the fans showed brought Clark herself to be teary-eyed and touched.

The evening carried on with songs and stories. Clark would explain where the songs came from and offer highlights and tales from driving to Nashville and the earlier days of her career. Just after Clark wrapped up her 90 minute set, audience members and fans had the opportunity to #AskTerri their questions either via in house ballots or on social media using the #AskTerri hashtag. The Centennial Theatre was a perfect venue for this type of interaction. The evening even had someone to translate the questions and answer for some of Clark’s French speaking fans.

With three quarters of the tour still left, there are plenty of dates to catch Clark on stage in this unique and intimate setting. This tour definitely stands out as one that purely showcases music and talent. For any country fan, catching Clark on stage is always fun and entertaining. 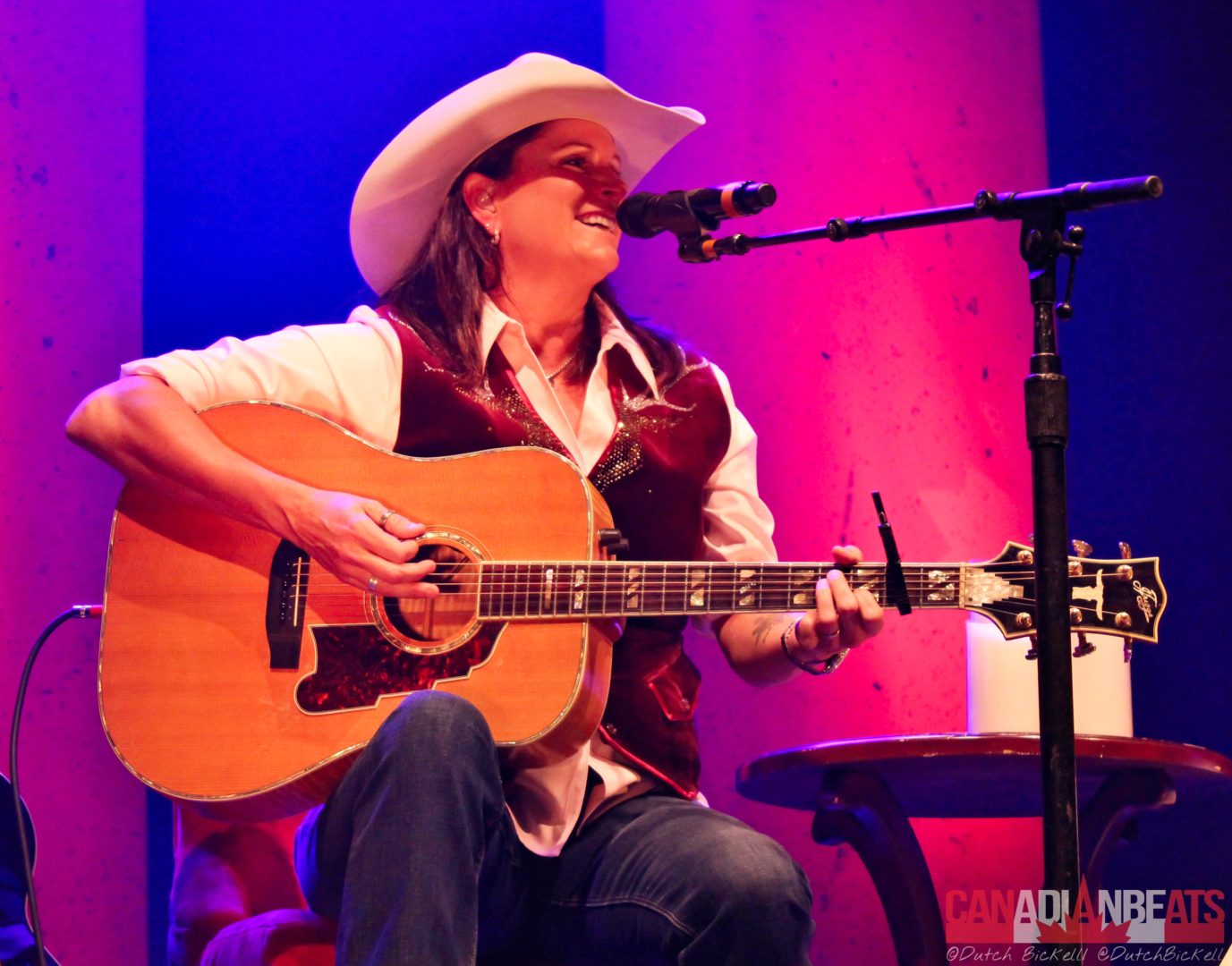 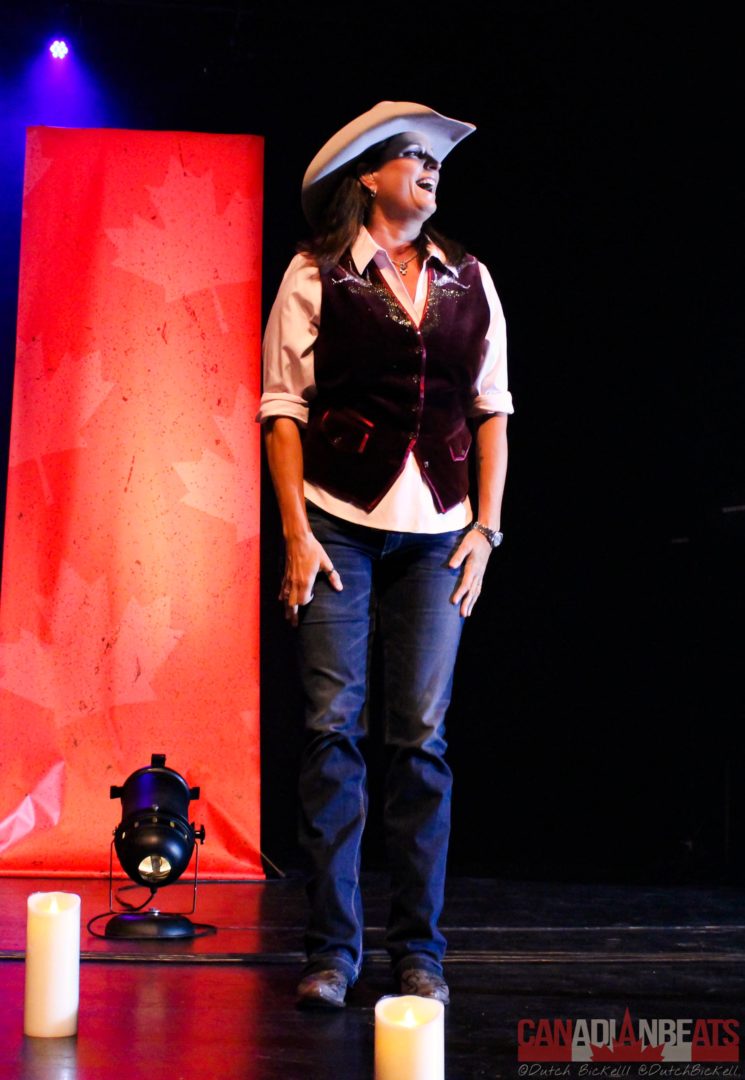 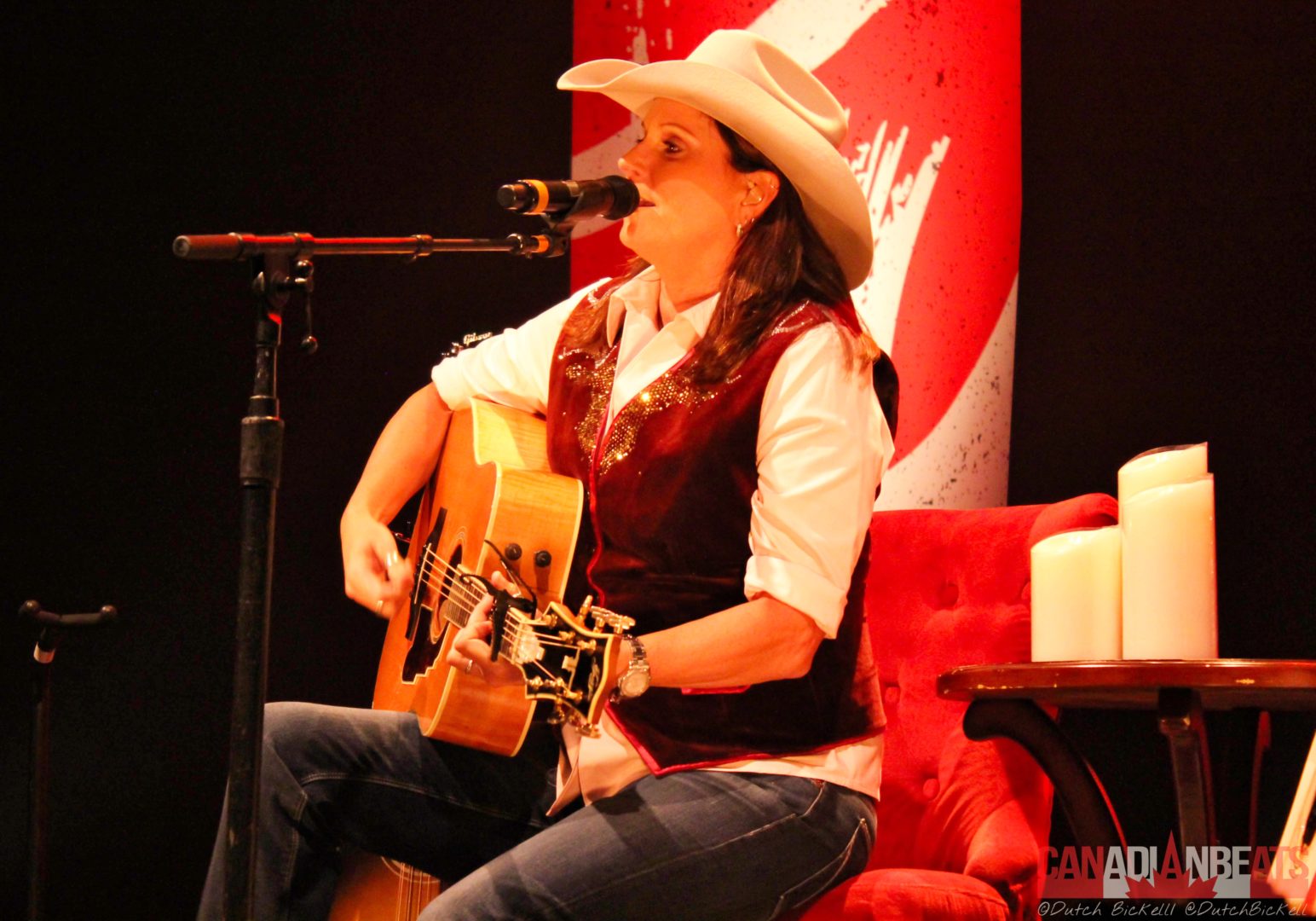 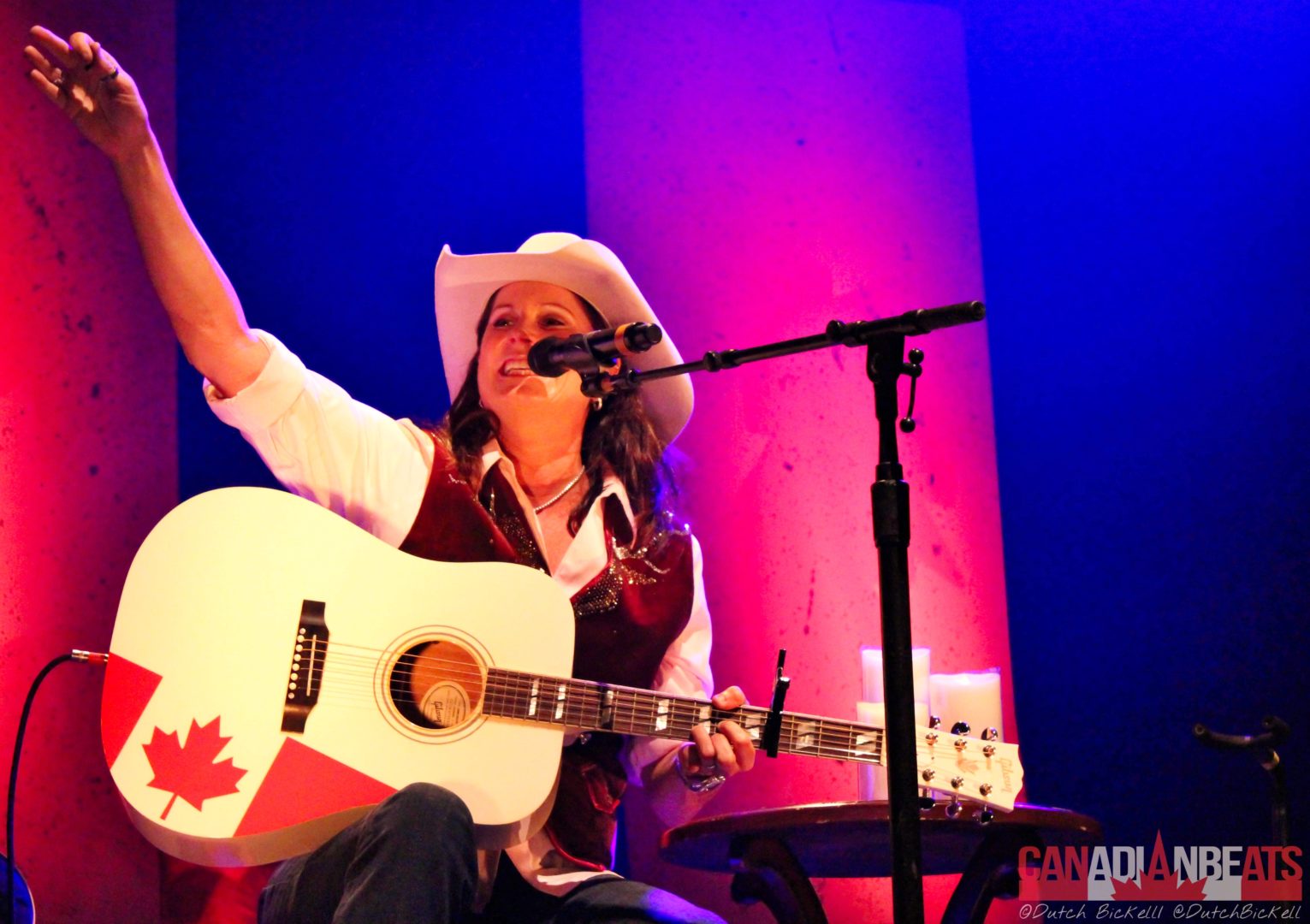 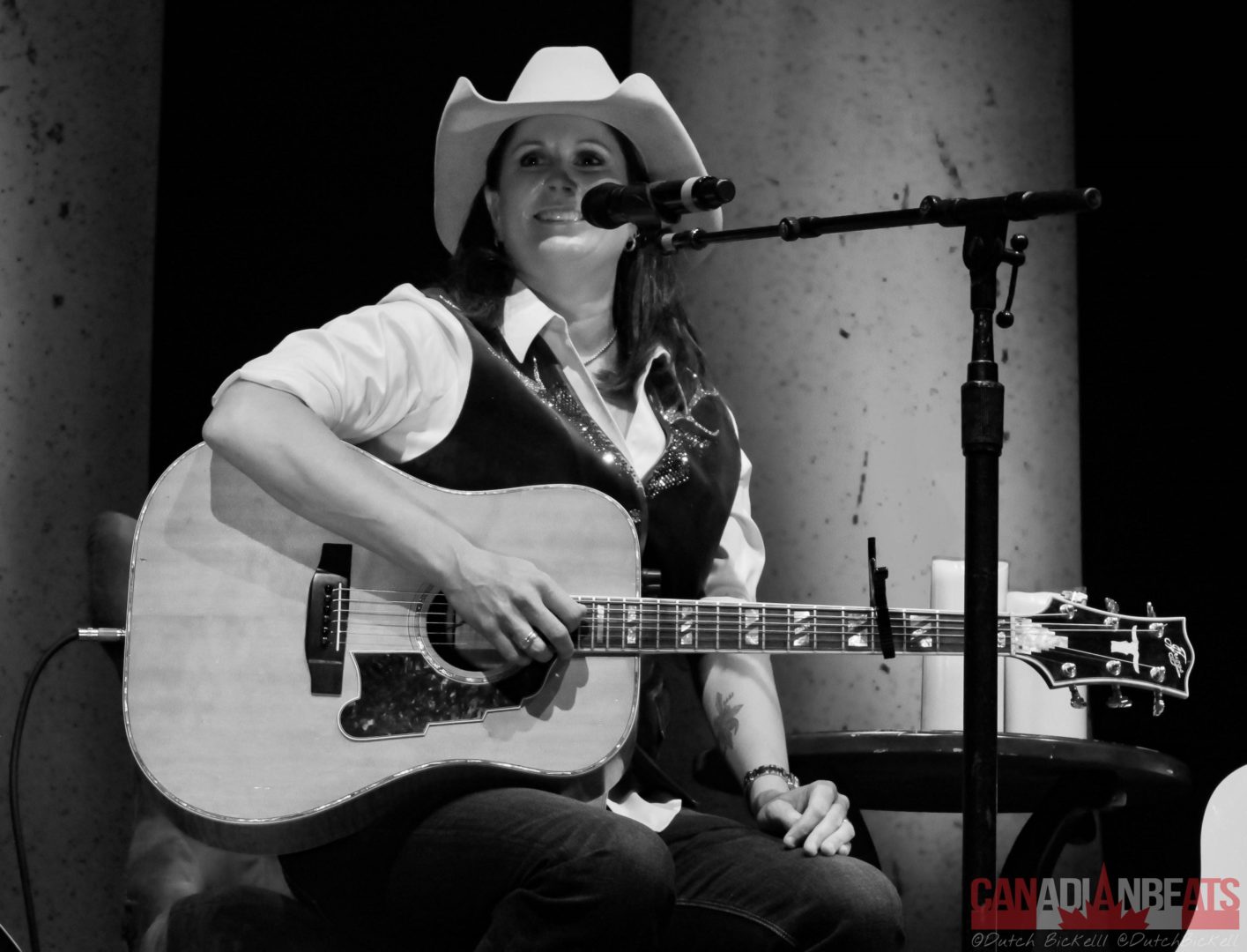 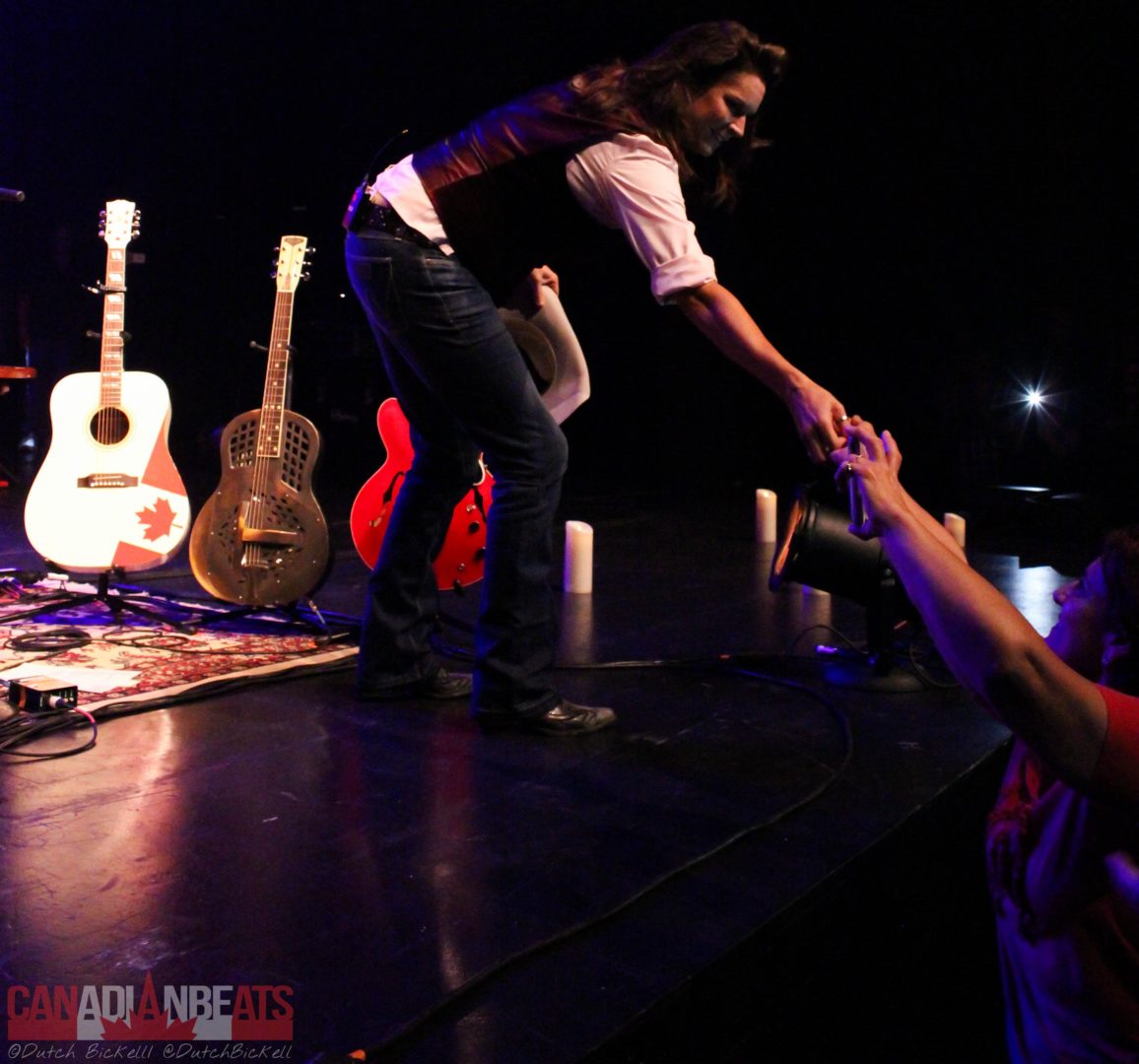