By Jordyn Armstrong on September 23, 2016@jordynhannah95 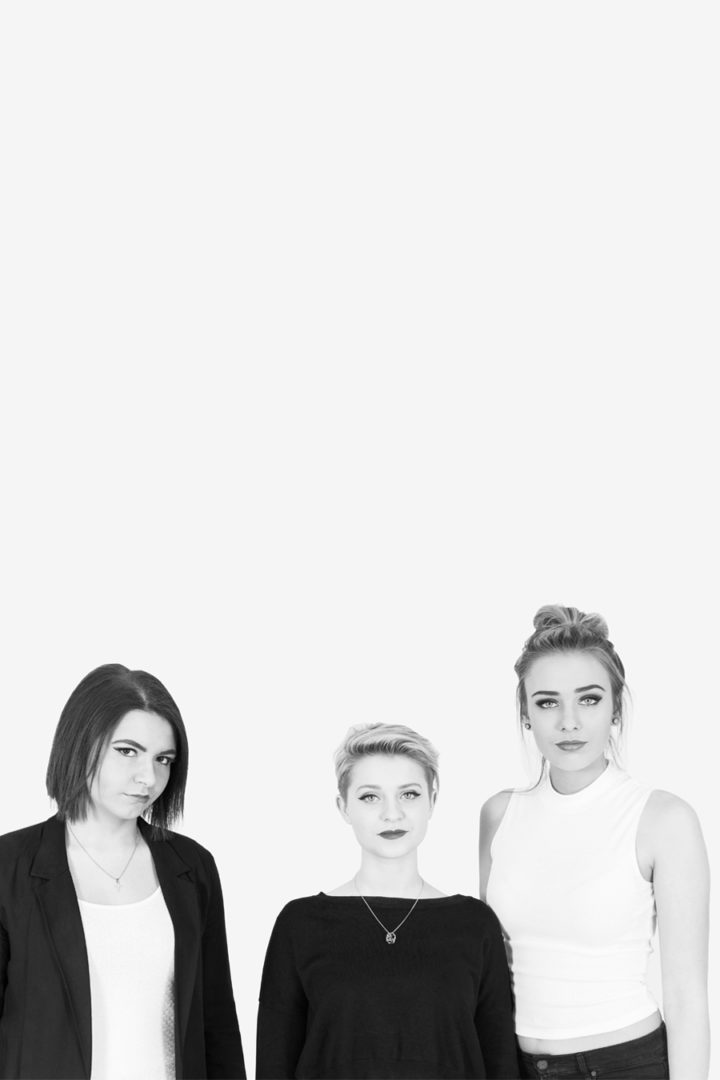 The Wolfe is one of Saskatchewan’s newest and youngest indie-alt rock blend bands. Siobhan Bayda, Gabrielle Giroux and Tesa Thompson are making their way through the music industry at the age of 16.  They recently released their debut, self-titled EP and already they have played with industry professionals, Panicland and Megan Nash. They’ve played at several shows and festivals. Along with their musical goals, they are working with several organizations to empower other women and young girls. Want to find out more about The Wolfe? Check out the interview below.

What is it like being in the music industry at such a young age? Are there any age-related struggles you have to overcome?

It’s motivating to see ourselves playing the same stage as musicians who have many years on us. Even though this is an amazing feeling, it can be quite intimidating sometimes. Having started so young (we were only 12), it took a while for some people to take us seriously, including ourselves. Being young girls at that time, finding the confidence when we were surrounded by an older, male-dominated music scene was difficult. It wasn’t really until the release of our EP that some people saw that we were serious about the music and grew to develop a deeper respect for us. One of the biggest age-related struggles we have to face is finding the right balance between our music and school. Being in our last year of high school, finding the time to tour, write, practice, and record can be hard at times, but we’ve been able to work around it.

How do you juggle high school while being so dedicated to your band?

What you put into something, you get out of it. Even if we’re tired after school, after work, we still have to practice. You get used to making time for things that are important to you. While school is important to all of us, the band is just as important. It has to be when we want to keep it going past high school. There have been nights where one of us is recording, while the others are doing homework and studying in the studio. It’s not always the easiest, but it’s worth it.

You say you want your message to be heard, what is that message?

It’s so important to find something you love and pursue it. As female musicians, we really see the lack of female role models in all fields. It’s hard to believe you can become something when no one like you is doing it. Sure there’s been lots of amazing, even legendary, female musicians, but all-girl bands are still not the norm. So starting out as an all-girl band in Grade 8 was definitely a leap of faith. We had a passion, music, and we followed it, no matter what people said or thought about it.

How do you convey the message? Is it through your music/lyrics or your activities among the community?

It’s mostly through our actions, but a couple songs do touch on the subject. Our single, Dumb Dog, explores the idea of feminism. It’s saying, roughly, “I’ll do what I want, it’s not up to you”. It’s about being true to yourself and if you really want something, don’t let other people say you can’t. The workshops we do with the young girls of our communities are built around our message of following your passion. Through these workshops we mentor the girls and teach them the lessons we’ve learned, and the power of self-worth and belief.

What was it like playing with some of the bigger names in the industry?

It’s always an honour to be invited to play with other musicians, and we’ve been able to play with many of them throughout the years. There’s always something to learn from watching a bigger name play. We’ve also had the privilege of working with professionals in the industry not only musicians, but producers, managers, and live music producers.

Is there anyone you hope to play with in the future?

It would be amazing to play with the bands we grew up listening to, and draw inspiration from. Bands like Paramore, Marianas Trench, twenty one pilots, Halsey, PVRIS, Fall Out Boy, and Joan Jett are just a few examples.

Speaking of shows, do you have any planned? Are you working on a tour?

As of right now, nothing is set in stone. We’re hoping to hit a few new cities this fall in not only Saskatchewan, but Alberta and possibly Manitoba. We post all our show dates on our social media, so keep an eye on there for a possible tour later this year.

What else does The Wolfe have planned?

This upcoming year is going to be an exciting one for us. We’re in the process of writing our first full-length album, which should be out sometime in the new year. Following its release, we’re planning to play as many shows as we can, to as many people as we can. This means we’ll be hitting the road touring, and playing as many festivals throughout Canada as we can. We have a lot of ideas and plans we weren’t able to explore in our first EP, so making the album is an important step for us.

What would be your ultimate “we made it moment”?

I think headlining our own arena show would probably be that moment.

At Canadian Beats we have a portion at the end of each interview dedicated to fun questions. Here we go:

Siobhan: The Black Parade by My Chemical Romance

Tesa: Time To Win Vol. 1 by Down With Webster

Do you have any artists you listen to and consider them guilty pleasures?

Is there anything you would like to add for the fans?

Thanks to everyone who’s taken the time to listen to our music and check out what we’re up to. Hope to see you at one of our shows soon!