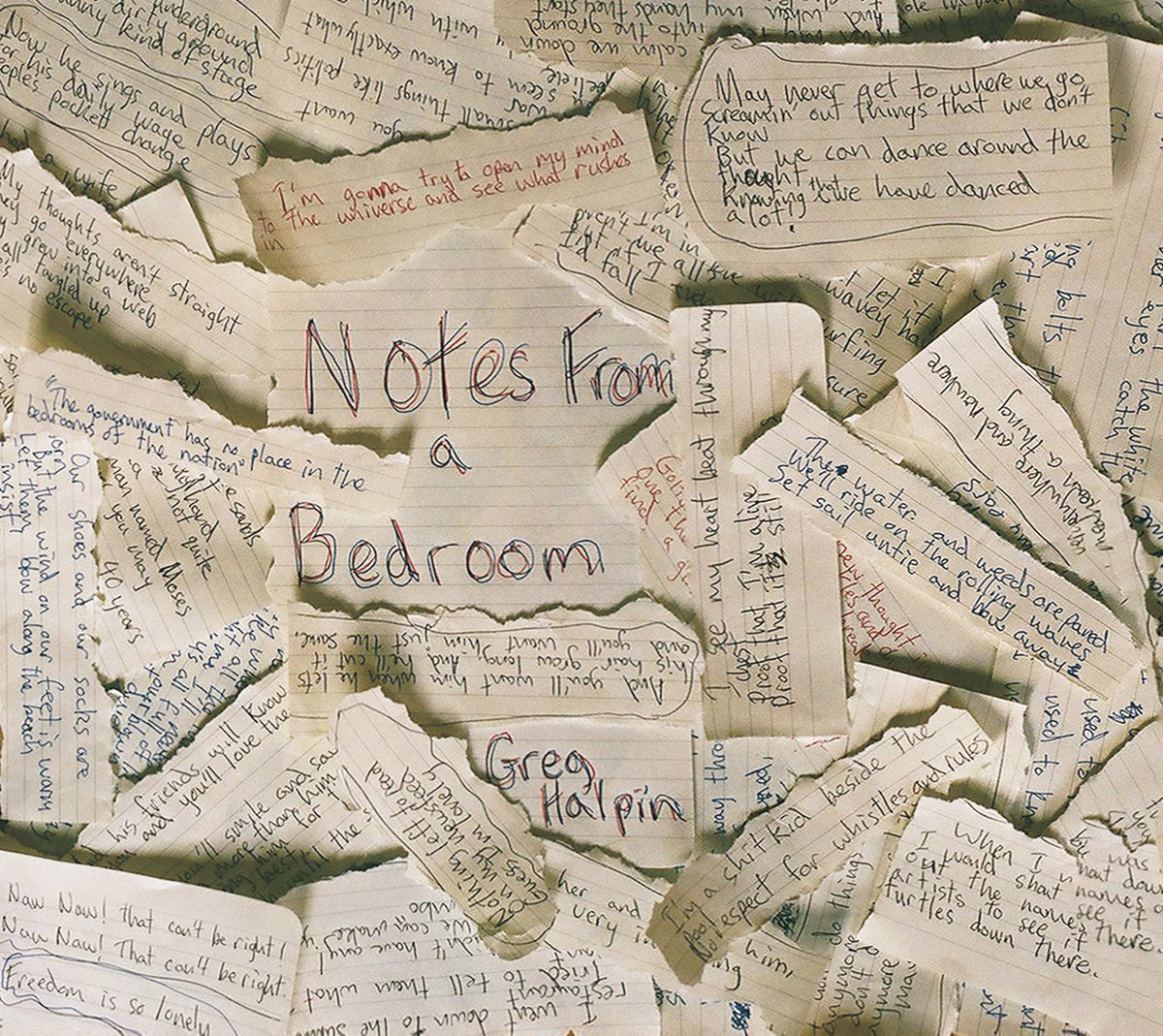 Greg Halpin has just released Notes From A Bedroom. The album was recorded track by track to a cassette tape to compliment the stripped down nature of the album itself. Producer Howard Bilerman (Arcade Fire’s Funeral) lent his expertise to this emotionally charged intimate album about love and connection.
The album starts off with a track called “Wherever You Might Be”, setting the tone for the entire album. Each song tells a story, and the honesty of the tracks is accompanied by the background static of raw recording beautifully. The leading single Woman Of New York is track four, with its rustic folk feel. Track six is “There’s Gotta Be More Than This”, and it sets a different tone. It’s risqué lyrics like “Robin Thick, swallowing some pills for a bigger dick” and “hooking up with a thousand chicks, or making love to a lonely fist” show off a more playful and humerous side of Greg’s songwriting. “Lonely AF” is a more heartbreakingly emotional song, with such passion in the vocals, that you can’t help but love it. “The Warmest Place I’ve Ever Bin'” is a happier, upbeat love song. With lyrics like “heart so clean that makes holding it like a sin” and “in your arms I’ll be for eternity, if you please”. That is until the twist ending. Notes From A Bedroom closes out with a track called “Let Me Run To You”, this song is the epitome of love songs. It’s beautiful lyrics are extremely heartfelt.
Notes From A Bedroom is a great album without all the bells and whistles of a commercial recording. Bringing back the honest and human aspects of recording music. And all the things that inspire artists to write said music. Greg Halpin will be touring throughout Canada and the US in the fall. And also celebrating this release in Montreal on Sept. 23rd at the Oscar Peterson Concert Hall and there are still tickets available.
Connect with Greg Halpin:
Website
Facebook