By Jordyn Armstrong on September 21, 2016@jordynhannah95 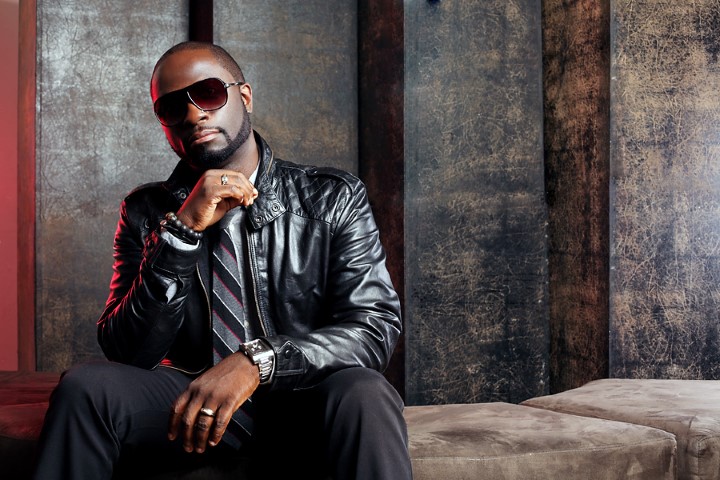 Carlos Morgan is a multi-genre singer-songwriter and producer from Toronto. His musics have roots in R&B/Soul, Gospel, Jazz and Reggae. His newest single, “Sunglasses at Night” was just released. It is the lead single of his upcoming album, C.A.R.L.O.S (Calling All Real Lovers Of Sound). To find out more about this award winning Canadian musician, check out the interview below!

How has the response been for “Sunglasses at Night” been since the release?

The response for “Sunglasses At Night” has been mixed. I’ve received A lot of positive responses from the general public and online/internet radio.  CHR hasn’t been as positive and receptive though.  I’m still grateful to have received the feedback I have from CHR radio. It’s given me incentive to work harder. Also, “Sunglasses At Night” is a gateway for me to go back to the CHR radio stations with a follow up single.

Is it a good indication of the upcoming album?

“Sunglasses At Night” is one of the indicators of what will be on the album. The new album, “C.AR.L.O.S.” (Calling All Real Lovers Of Sound), will have Pop/Dance songs, as well as, R&B, Trap, Hip Hop, Reggae, Rock, Soul, Pop and Soft Indie tracks.

What fans can expect from the album is to hear different styles of music that will, hopefully, appeal to everyone. There’ll be something on this album for everyone to like and/or enjoy. Its not just a R&B/Soul record, for which is what I am and I usually write and record.  I wanted to write, record and produce an album that has a wide range of music and “sounds”, ergo the title of the album, Calling All Real Lovers Of Sound. I love many styles and genres of music. I wanted to record an album that has all these sounds, elements and styles but creating them in a congruent sound that’s conducive to who I am as a recording artist.

When can we see the release of the album?

The album will be released in March 2017. I was going to release the album next month but I’m still writing, recording and producing tracks for the album. I also want to put together the right and best marketing and promotional campaign for my album. I’m going to need more time to put it all together properly.

There has been four years since the last album, what have you been up to?

What I’ve been doing since I released my last album, The Compilation in 2012, is writing a lot and performing a lot. I didn’t go on tour the way I wanted to, for my last album, but I will be doing so this time. I performed a lot of shows in and around Toronto, but for the new album, I’ll be working on a putting full tour together throughout the winter to be ready, starting in the Spring.  Touring throughout Canada, U.S. and Europe are what I’m working towards now.

Was it hard to come up with the acronym for the album? Does it have any connection to any of the songs featured?

It actually wasn’t hard for me to come with the acronym for my album. I wanted to do something that’s different for the name of my album. I thought using my name as a acronym would be different and specific to me. It took a but of time to figure something out but once I came up with the acronym, it stuck. Everyone that I tell what the acronym is, they all seem to love it. The name of the album doesn’t have a connection to one particular song on the album. The name represents all the sounds that’ll be represented on the album. The only “song” that will be on the album, and has the title of the “song” on it will be the intro.

As a religious person, do you find it makes you stand out in today’s industry?

I don’t consider myself to be “religious”.  I don’t adhere to any man made concept and construct of religion. I believe in God and The Bible. If someone is a “religious” person, they may or may not “stand out in today’s industry”. If someone is a believer in God (Jehovah), The Bible and the Commandments of God, it may “make” a person “stand out”. A person may stand out because a lot of what the industry may agree with and support, a person who believes in God and the Commandments of God doesn’t and won’t.

What can we expect after the album release? Tour dates?

You can definitely expect to see me on tour. I’m looking forward to going on tour and performing. I love performing, being on stage and interacting with audiences.

As a Canadian Beats tradition, we ask some fun questions at the end of our interviews. It’s a way to get to know the artists a little more. The first one is; who was your first favourite artist/band? How do they influence you now?

My favorite artist in the world is Stevie Wonder. His voice, vocal ability and range, his songwriting, musicality and musicianship appeals to all of my musical senses and style.  Ever since I was cognizant of who Stevie Wonder is and was as a recording artist, as well as, a philanthropist, a pioneer and a giant in and out of the music industry, I’ve been following his music and career. I have every album Stevie Wonder ever recorded in my album collection.  Although my sound and style are a lot different than Stevie Wonder’s, he’s been the most significant musical artist that inspired and inspires me to be a artist/vocalist/musician everyday.  I aspires to be a vocalist, songwriter and producer like Stevie Wonder.

Do you have anything in your music that is signature to you?

If there’s one thing that will identify me that is signature to me and my music, is my voice. Most people say that when they hear me, they know its “Carlos Morgan”. That’s a good thing. Also, another thing I’m known to have a signature sound in my music are my vocal embellishments/adlibs or what most people say and/or complain about is my knack for “over singing”…. lol.

What is something fans would be surprised to know about you?

I think one thing fans would be surprised to know about me is that I can dance. A lot of people are surprised that I can dance, which I find surprising. I think its because I don’t dance as much as I used to in my live shows.  When I do, people are shocked that I can move. I try to dance more than I do in my live shows.  When I dance now, I like seeing and hearing the responses I get which are mostly, “What? I didn’t know you can move like that?”

I’d like to express my deepest gratitude to everyone who supports, and continues to like, purchase and support my music. I don’t take any of the kindness and support I receive from fans, friends and supporters of my music for granted. I also want to welcome and thank new listeners, new fans and potential buyers of my music. I appreciate and am grateful to all of you.

If my fans want to follow me, know what concerts, shows, performances and events I’m doing and/or involved in; if they want to reach me, connect with me, send me messages, their feedback, opinions and thoughts about my music, they can do so at my social media sites: They are: www.carlosmorganmusic.com (new website coming soon), www.facebook.com/carlos,morgan.562,www.twitter.com/carlosmorgan, www.instagram.com/carlosmorganmusic (just joined), www.soundcloud.com/carlos-morgan and https://www.youtube.com/channel/UCLJjTMOZilm8fLsnITouIFg.

If my fans want to hear my cover of the classic Canadian single, “Sunglasses At Night”, they can hear it and possibly purchase it from: https://soundcloud.com/carlos-morgan/sunglasses-at-night