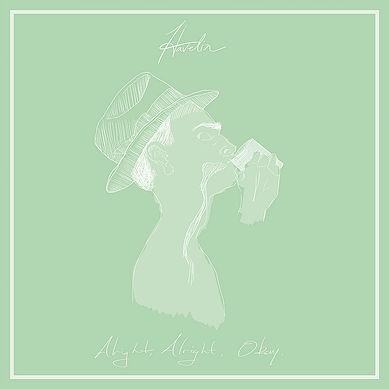 While Alex Zaichkowski a.k.a. Havelin has been performing since he was 14, having appeared on a national televised singing competition and playing a lead role on a musical drama TV series, Alright, Aright, Okay. is a studio debut that shows a completely different side of him – hence the separation from his identity under the name of Havelin.

Alright, Alright, Okay. may also be one of my favourite releases of the season. It’s basically the musical equivalent of laying in the grass on a beautiful summer day with a light breeze brushing over you. The songs are a little bit of folk and a little bit of pop all wrapped up in a beautiful acoustic bow – both uplifting and meaningful. I can’t help but sway my way through all of the songs.

While the EP is only five songs long, each one packs its own punch. The opening track, ironically titled “Closing Time”, has unbelievably catchy lyrics with a chorus hook that is just begging to be sung or clapped along to. After my first listen of the album, “Closing Time” was the song that I couldn’t get out of my head for days.

My other favourite track is the song that inspired the album title and theme, “Alright, Alright”, simply because it makes my heart happy. It’s about accepting what has happened in the past, making peace with it, and realizing that you’re doing okay. With lyrics like “I’ll share this piece of wisdom that I’m much too young to have in sight, that everything in time will be alright” the song really does remind you that you’re alright – or at least will be. It’s a very peaceful song that I can’t get enough of.

As a side note, I really appreciate that Havelin mentions his youth in that lyric because it’s totally worth noting that this old soul is barely 18 years old. Indeed, he may not have had a lifetime of experiences yet, but he sure as hell knows how to express what he observes as if he’s twice his age.

Alright, Alright, Okay. comes out on September 23, and is currently available for preorder on iTunes and Bandcamp.