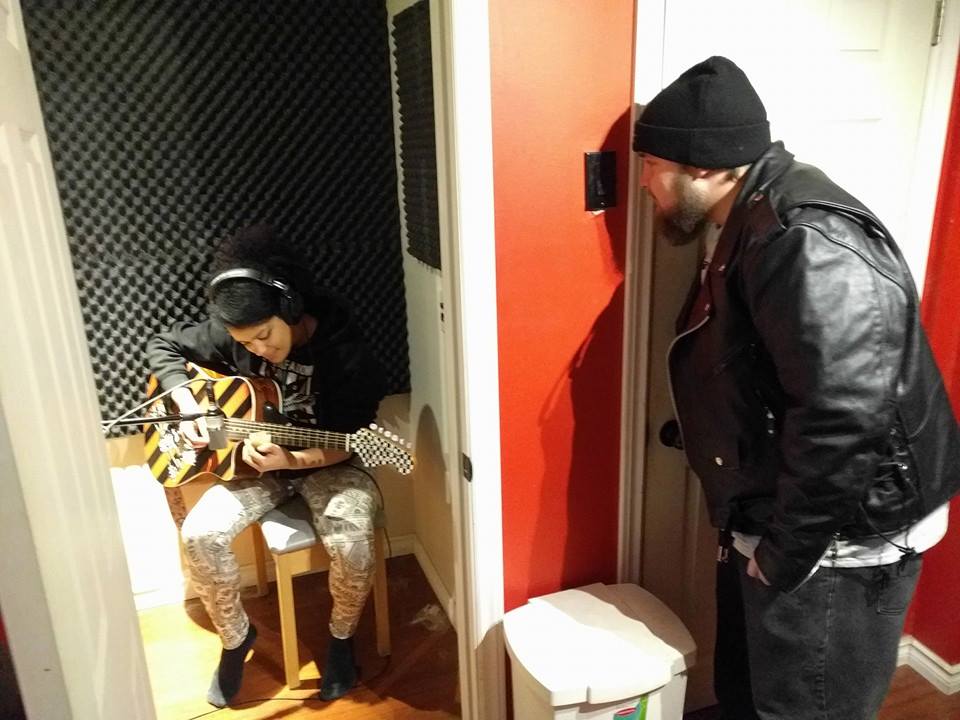 The Survivalists are an alternative folk duo from Oshawa, Ontario. Previously compared to Neutral Milk Hotel and AJJ, Zach Smith and Kristy Bryan started recording their first album within weeks of forming the duo. With a 7” record of new music to be released through Tapetown Records in Denmark and plans for another self-release, we had a chance to catch up with the duo and ask them a few questions about their music and how they make it work from other sides of the world.

First of all, can you introduce yourself and your music to the readers who may not be familiar with The Survivalists?

Zach Smith: I’m Zach, I make up half the band. Our music is weird, kinda dark but still catchy so I’m sure you’ll find something you like if you listen to us.

Kristy Bryan: I’m Kristy, I like to dabble with multiple instruments and you’ll hear that throughout our music.

Within weeks of forming the band, you were already recording your first album. How did things progress so quickly?

KB: We had actually been hanging out playing video games, drinking beer and playing music so we just figured we’d start a band.

Do you think that going into the studio right away was the best option for the group?

KB: We knew I was leaving for Korea soon and the guy that recorded us is our good friend so it was more like us just hanging out and recording.

ZS: It probably wasn’t the smartest thing to do right away with no fan base, but I think it worked out in the long run. We did a limited self-released cassette tape of the album that you can pick up from our Bandcamp.

You recently signed a deal with Tapetown Records in Demark to release a 7” of new music. How did you get in contact with a label so far away from your home in Oshawa? Would you have liked to work closer to home or was Tapetown your perfect fit?

KB: Tapetown heard us and offered the deal. It’s not that far from home considering I’m halfway around the world.

Kristy is currently on the other side of the world in South Korea teaching but the group continues to make music. How do you make the distance work with writing and recording new music?

ZS: We send files back and forth from our home studios. We’ve always written our songs separately and then brought them to the table so it wasn’t that big of a change.

KB: Zach never sleeps so we can Skype all night which is a bonus too. We’re always working on something.

With Kristy being in South Korea, that means touring is out of the question until she returns, but in the mean time, what are your plans to keep people interested without seeing you live?

KB: We just keep writing, right now we’ve got the Tapetown 7″ coming out, a self-release coming near the end of the year as well as some other goodies we have planned for the future. Alternatively, there’s nothing stopping us from doing solo shows with our music in Canada and South Korea.

ZS: We’ll definitely be going on tour when she gets back.

ZS: I’ll just be happy if we’re still making music together in 5 years. I don’t see that being a problem though.

KB: We’ve pretty much got the next 2 years planned out so I don’t see 5 years of making music being an issue. We’re pretty dedicated to writing and releasing.

KB: AJJ, AJJ, AJJ.. Wait, no! Jeff Rosenstock too! I’m kind of a big fan of theirs and I’m devastated that they’ll probably never play in Korea.

ZS: John Darnielle from The Mountain Goats. I think that’d be a great fit. It would definitely be interesting.

KB: I really like Metric, Birthday Massacre, The Nailheads and VS The Borg. Check em out!

ZS: Moonstone was a really cool psych/folk band that released only one album in the 70s. If someone finds that album please send it my way!