By Jordyn Armstrong on September 17, 2016@jordynhannah95 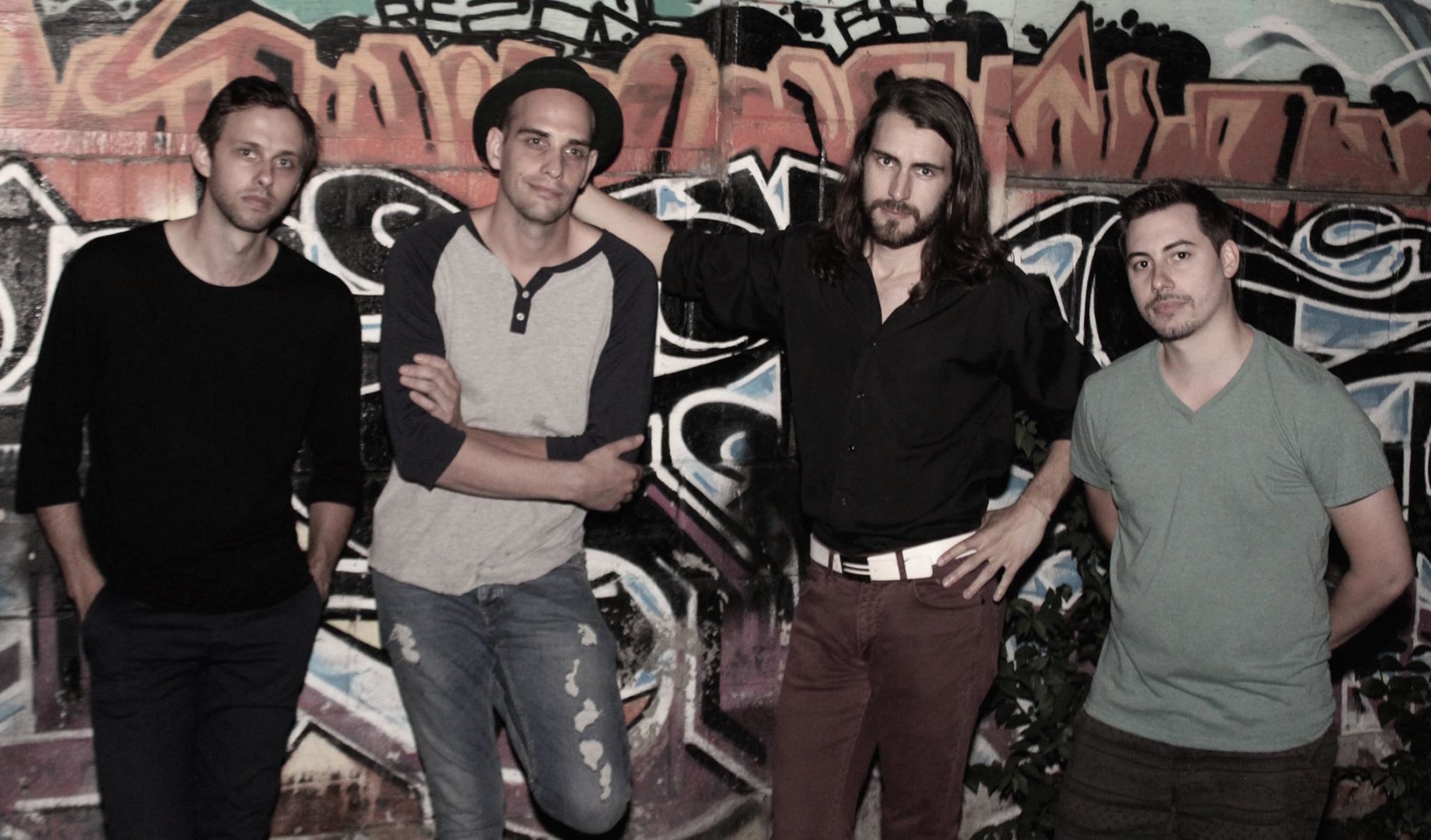 Dress Black is an up-and-coming indie-rock band from Toronto. Since forming in 2014, the band already has a self-titled EP under their belt, toured around Toronto, and is now nominated or Best Indie Artist at the Toronto Independent Music Awards. We had the chance to do an email interview with Dress Black to hear more about this new band.

How did the Dress Black get their start?

Raised on opposite sides of the globe, Auckland-born Stephane and Vancouver-born Brendan connected in Toronto over a shared passion for music and songwriting. They began collaborating without a specific genre or style in mind; the only stipulation was to create a fresh, original sound to which listeners could dance. They found themselves drawing on 60’s surf rock and Motown to write their first song, “Money”, in the spring of 2014. Feeling like they had struck a chord creatively, Stephane & Brendan were excited by the possibilities of further collaboration. They swiftly followed up “Money” with “Black Dress” and “When You Gonna Love Me”, and teamed up with Colin and Justin to create a performance-ready live act. As the line-up solidified, we released our self-produced EP Black Dress (creating arguably one of the most confusing debut EP releases for a new band called Dress Black).

Where did you get the idea to mix indie music with melodic and dance sound? How does that work?

We love indie musicians like Phoenix, Foster the People & Bon Iver; we had a certain attraction to that sound when we first started collaborating. The male falsetto vocals added a unique flavour to the indie sound, and we layered our love of Motown, with its heavy presence of bass and simple, yet unique, disco drums, on top. We also loved the melodic structures of The Beach Boys and the gang-vocal styling’s of The Temptations and Marvin Gaye. We mashed all of these elements together and found a sonic direction that felt exciting and new.

When we are writing songs we usually start with a very simple 3-4 chord structure and layer the melody line over the top. Afterwards we modify the song to bring it to a more interesting place, adding elements from the genres we love.

What song do you think captures that the most?

We think our single So Lovely balances the different genres really well. It’s a dance song with varying vocal ranges. The song appears to move through multiple parts, even though it has a simple Am – F chord structure. The response has been very positive so far!

You have also made two music videos, were they the first ones ever for you guys?

Yep! A Dress Black first! We’re happy to have them out in the world. They seem to complement each other well.

Well we shot both music videos back-to-back over a weekend in February and it was a pretty wild 48 hours! We started with the Weekend video shoot where we were using so many lights that we blew the circuit board somewhere in the range of 15-20 times. Between running extension cords down the hall and unplugging every inessential item, we managed to get all the shots off over the 14 hour day. By the end of it, crushed Fruit Loops and mustard covered the floor. It was a lot of fun!

We shot So Lovely in a loft studio apartment and all was going swimmingly until everyone in the packed room began over-heating and we had to crack the door to let in some fresh air. As you’ll see in the video, we used a fog machine for ambience. Fog machines set off fire alarms. So about three minutes after cracking the door the residential alarm went off and we had to hold shooting while the fire department evacuated the building. We got off with a slap on the wrist.

Are you planning on doing more touring, possibly expanding out of Toronto?

Heck yes! We have just done our first weekend tour, checking Montreal and Ottawa off our list, and we’ll be heading north in November to play Sudbury and Sault Ste. Marie. Next year we hope to expand further across Canada and into the States.

Can we expect another album from you soon?

Yessir! We are currently recording our debut full-length album. We’re aiming for a spring release in 2017.

What was it like when you found out you were nominated at the Toronto Independent Music Awards?

We were all very excited and honoured to be nominated alongside such great talent. Whether or not we win the award, we see it as a prominent milestone in the early stages of our career.

At Canadian Beats we have a tradition where we throw a few fun questions into the interviews as a way to get to know the bands better. Here they are:

Do you think you, as a band, have any quirks that set you apart from other bands in the genre?

Justin is the next Phil Collins. Stephane sweats more than a marathon runner on stage. Colin is the only well dressed member of the band. Brendan’s hat matches his beautiful forest green eyes.

Stephane is from New Zealand, Brendan is from Vancouver, Justin is from Sudbury and Colin is from Toronto.

If you could make your own lineup to tour with, and it can be any artist/band, who would you pick and why?

Arctic Monkeys, because Colin has loved them since 2006 and they have an incredible ability to create diverse music as a four-piece (like us!). Lauryn Hill, because that tour would be way too much fun.

We look forward to meeting you!