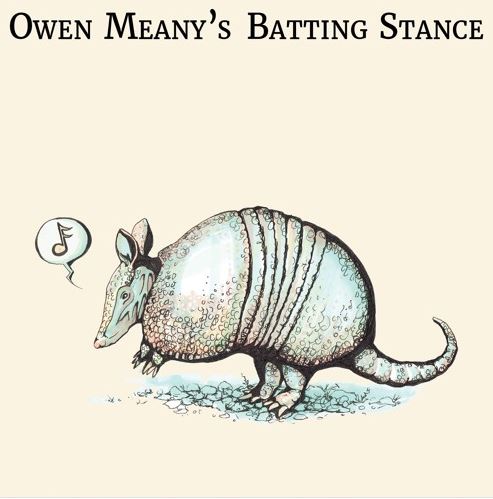 Some album reviews are just difficult, and when they are different albums can be difficult to review for different reasons, the debut offering from Owen Meany’s Batting Stance is one of those most difficult ones for no other reason than once you sit down to listen to it you don’t want to write, you just want to lie in the dark listening to it on loop.

Daniel Walker’s distinctive, yet somehow familiar vocals not only betray the influence of The Weakerthans and The Mountaingoats but also feel reminiscent of Owl City and undeniably provide the perfect vehicle for his lyrical style. Forgoing the formulaic pop lines that dominate the airwaves these days Walker’s songwriting, or perhaps we should use the term story writing, is best described as prose put to music. A perfect example of this being the track ‘Pop Odyssey: The First Person Narrative of The Bottle of Cola at a House Party’ which is exactly what the title suggests. The tale of a bottle of cola at a house party wishing it was at a child’s birthday instead.

Though the target audience will know doubt be those like myself who listen to music for the lyrics and like them on the verbose side, musically the album holds up just as well with toe taping beats and hooky guitar that will have you listening on loop without getting sick of it.