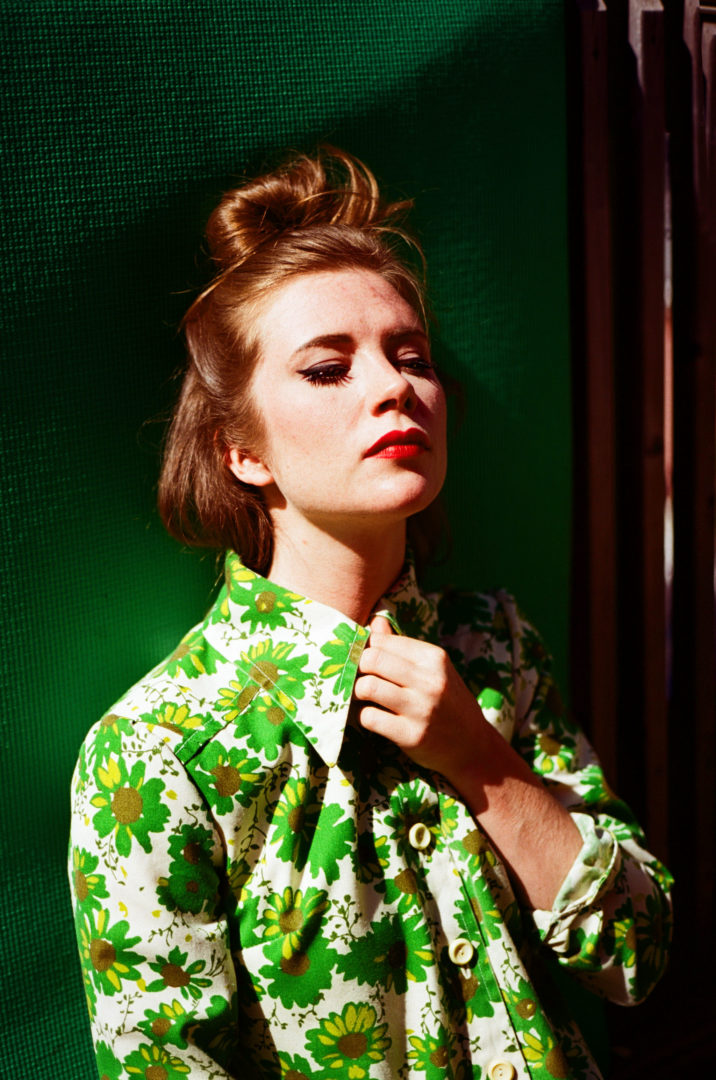 Toronto based singer songwriter Kirty is about to release her self-titled sophomore album on September 23rd. The album release show is set for September 20th at The Dakota Tavern in Toronto. Find more information about the show HERE. We had a chance to ask Kirty about the upcoming release so keep reading to find out more about her and her music.

You’re releasing your sophomore album on September 23rd. How does this album differ from your debut, All I Really Know?

All I Really Know was more of a folk-roots project, whereas my new album holds onto some of that but probably falls more into the pop genre. It was also written at a very different time in my life where I was doing some growing after some heartbreak and other rough experiences, instead of the first record, where I was kind of swallowed up in them.

What was the writing and recording process?

I spent a lot of time by myself in my apartment in Toronto fiddling with keyboard buttons, and playing guitar, until I felt it was done. I write alone, so it can get really impulsive and unpredictable. When it came time to record the album, I worked with my good friend, and Producer Joshua Van Tassel in his studio in Toronto; Dream Date Studio.  It was just the two of us most of the time so ideas flowed pretty naturally.

You worked with two producers on this album, Josh Van Tassel and John Dinsmore, was there a specific reason why you had two producers rather then just sticking with one?

Joshua Van Tassel actually produced the entire album, I only recorded in John Dinsmore’s studio for a couple songs (but Josh still produced them). All I Really Know (my first album) was co-produced by Josh and John.

The lead single, That’s Not Me, is described as a “summery Sheryl Crow-inspired jam”, was Sheryl Crow an inspiration for you growing up or for this single? Who were your inspirations?

Sheryl Crow was definitely on my list of musical inspirations growing up, and while I was recording That’s Not Me, I just embraced that summery roots-pop feel. I guess I would just naturally link that kind of thing to Sheryl, she’s the queen of summery roots-pop songs.

Major inspirations of mine are; Paul Simon, Fleetwood Mac, Leonard Cohen, The Velvet Underground (and Nico), and Lucinda Williams.

Songs about heartbreak can tend to be pretty mellow but your album is said to have a sunnier musical aesthetic. How did you keep things more to an happy sounding vibe?

You just gotta choose to do it that way! I picked upbeat rhythms a lot of the time, we worked out some dreamy soundscapes, and ended up with a breezy musical feel, and it gave a different context within which to sing certain lyrics that happened to be sad. You gotta balance it out J

What can fans expect at your album release show at the Dakota Tavern on September 20th?

A very sincere performance of some groovy songs.

I’d like to be so busy with music that my head explodes.

I’ve always had this dream of collaborating with a group of female musicians/songwriters in my genre (female version of the Travelling Willbury’s). Some of my top choices might be Jenny Lewis, Angel Olsen, Kathleen Edwards, Sarah Harmer, Neko Case etc.

I grew up listening to so many great Canadian artists and bands. Some of the big ones for me would be Blue Rodeo, Neil Young, Sarah Harmer, Leonard Cohen, and Joel Plaskett.