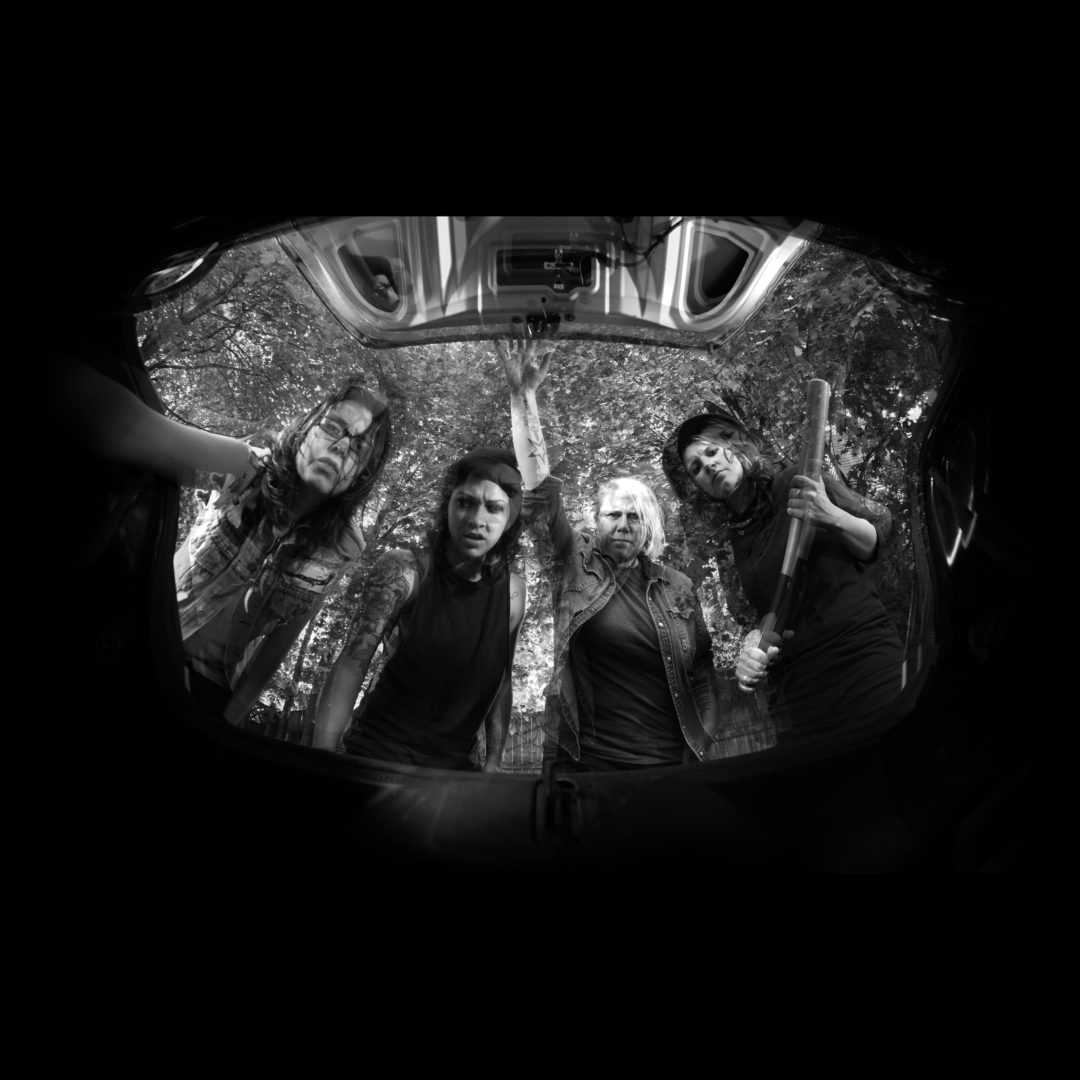 Like A Motorcycle are a very interesting group.  Nowadays, punk rock is looked upon with a vintage aesthetic; back to the days of Johnny Rotten and the Sex Pistols, a naked Iggy Pop along with the stooges, or a community of musicians gathering in grimy clubs under the hot Los Angeles sun.  Unfortunately, punk seems to be far more prevalent in fashion than it does in music, and often when a “punk” band emerges, they tend to teeter far more towards the glitzy pop textures and tones of Blink-182.  That is almost completely true, only that Like A Motorcycle completely shatter this bleak expectation.  Immediately, as I listen to the opening track, “Hands” I discover that their punk label is authentic and instinctively, I crank the volume up.

Lead vocalist and drummer Michelle Skelding rocks a powerful voice reminiscent of a mix between Gwen Stefani and Courtney Love; a voice that is both rough yet sweet.  Her powerful voice fronts an instrumental section made up of guitarists Jillian Comeau and Kt Lamond, as well as bassist Kim Carson.  Like A Motorcycle is a tight ensemble, with a dynamic collection of songs which are as influenced by today’s rock bands as they are by punk legends as previously mentioned, making for a modern punk record that is very much in touch with its roots.  Tracks like “Dead Finger”, “Into The Night”, “Punk One” demonstrate just this with their pounding pulses, crunching power chords, and angsty rasp.  To provide contrast, songs like the hazy “Southern States” and the softer- for the most part- “Great Escape” show a band capable of many layers while also giving High Hopes a sense of variety, something often absent from even the most classic of punks.  What also makes the band stand out among even most up and coming rock bands is their use of harmonies and intertwining vocal lines, adding yet another layer of depth to the band’s sound.

All in all, Like A Motorcycle is an excellent band, one which follows in the footsteps of punk rock heroes while adding their own unique touch, giving them a hard hitting modern twist.  The result is High Hopes a record which goes beyond hoping and delivers ten songs, all excellently crafted; ultimately creating a record that both old and young punks, as well as modern rockers, can dig into.  Both High Hopes and Like A Motorcycle are worth much praise and I am greatly looking forward to where they venture in the future.  Currently, the band is embarking on a tour that will take them through Germany to Eastern Canada, along with shows in Montreal, Ottawa, and Toronto.  I would highly recommend catching one of their shows as well as checking out High Hopes to hear one of Canada’s best up and coming punk band.