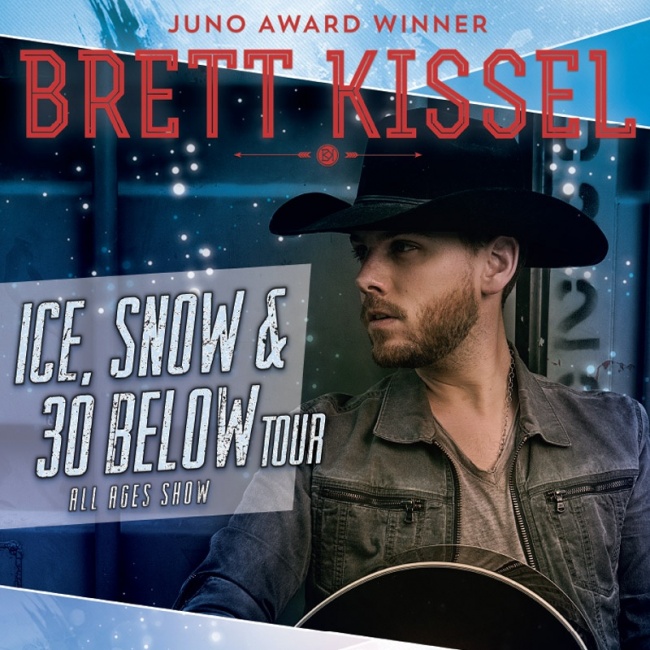 It may be cold in Eastern Canada in the winter but this coming January and February, cities across Ontario, Nova Scotia, New Brunswick and Prince Edward Island will heat up when JUNO and Canadian Country Music Association® (CCMA®) award-winning country music artist Brett Kissel hits the stage. He’ll visit 18 cities with his “all ages” tour from January 12 to February 4, 2017, starting in Sault St. Marie, ON, and ending in Georgetown, PEI. On this tour, Kissel will make his first headlining performance at the Danforth Music Hall in Toronto. This will be an unforgettable tour. You don’t want to miss it!

“Anyone who knows me understands that my favourite place in the world is on the stage,” says Kissel. “Even if it’s going to be in the heart of the Canadian winter, I’m excited to heat up these amazing theatres across Ontario and the Maritimes and put on an exciting show for my fans!”

Tickets to this all ages Ice, Snow & 30 Below tour go on sale September 12 (*dates already on sale) but if you want an exclusive pre-sale password, please go to www.brettkissel.com and look for the password of the tour date you want to see!