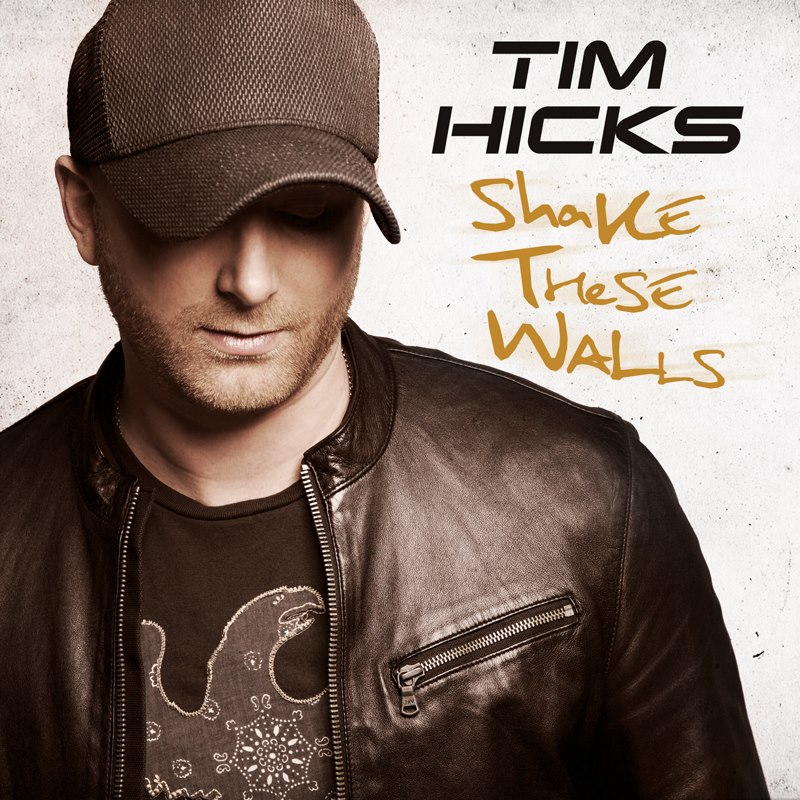 After a busy summer on the road Tim Hicks has released his third studio album, Shake These Walls. Hicks utilized his songwriting skills for each song on the 10 track album. Shake These Walls was produced by Corey Crowder (Chris Young). Now available to most major music retailers online and instore via Open Road Recordings/Universal Music Canada, Shake These Walls marks a new chapter in Hicks’ musical library and adds to the collection of songs that his fans have come to know and love.

Kicking things off upbeat and loud, the album opens up with the title track “Shake These Walls.” The track is catchy and hooks you into the album. Shake These Walls entices you to crank up the volume, open a cold one, and kick back and enjoy the next 10 tracks. “Shake These Walls” is a rock-heavy track that shows Hicks versatility to perform edgy and boundary pushing tracks. Pushing the limits with music production processing and vocal effects, Hicks still sounds country throughout the entire tune. “Slow Burn” was available as an instant digital download when you preordered Shake These Walls. The track slides in at track number two on the album and keeps the pace ofShake These Walls rocking on.

With all of the upbeat and rocking country tracks on Shake These Walls, Hicks slows things down with “Slide Over.” A strong country ballad, “Slide Over” is a nice mix up from the albums opening track. The album meets its halfway point with track five, “We Came Up.” Not as fast paced as some of the albums previous tracks, but the lyrics have some good depth and creativity.

The album shifts back into party mode with “Let’s Just Drink.” Tackling the negativity that can accumulate in life with the concept of solving those complex problems with a drink, the song reminded me of a reinvention of Terri Clark’s “The World Needs A Drink.” “Let’s Just Drink” is toe tapping, and catchy. Something I can picture an entire audience of Hicks belting out right along with him during one of his performances. “Don’t Make It a Love Song,” “The Night Gets Us,” “Too Fast,” and “Forever Rebels” bring the album to a close. Keeping up a consistent pace, the album rounds out the tracks and delivers a solid listening experience.

With Shake These Walls out now, I am certain that there are more tour dates and appearances to watch out for. Connect with Hicks below. Get your hands on a copy of Shake These Walls wherever you get your favorite tunes. Hicks serves up a great third album and paves his way to create more great country music in his future.