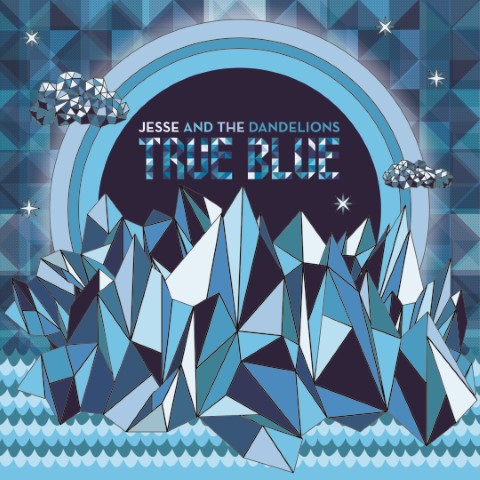 Jesse and the Dandelions have just released their third full length album.  You can also check out their music video for the track “No Fun”, which shows the band’s frontman performing skating moves such as shoot the duck, bunny hops and spirals.  At one point Jesse used to figure skate so they decided to share it with all of us!

This album would be one I could see myself throwing on after a long day, or something I would listen too while relaxing at the cottage or the beach.  It’s a pretty mellow set of songs opening with the track “In the Night”.  The song “Wishful Thinking”, would probably be the most upbeat song on the album.  If I was going to choose a favorite from the list, I would have to say it would be “Underwater”.  I am in love with the guitar riffs in this one, and the sounds of the song do mimic the feeling of being underwater.  I enjoyed the lyrics as well.

There are a few bands around doing laid back melodies in their music, and Jesse and the Dandelions don’t disappoint with this new album.  If you are looking to kick back and relax, get yourself a drink and have a listen this is one you shouldn’t pass up.

There are also plans for a Canada wide tour for the band so make sure to check that out and see a show near you.