Tour dates released by The Wild! 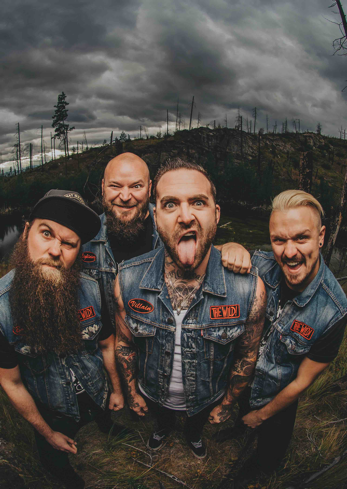 Kelowna, BC based rock’nrollers, The Wild! have confirmed that they will be the direct support for AIRBOURNE on their upcoming North American tour. The tour begins in San Diego, California and will take them through many major US cities, then the band will embark on a Canadian tour.

When asked about pairing up with AIRBOURNE, vocalist Dylan Villian says:

“This pairing is perfect. I think the fans are gonna love it. We have a lot of respect for the guys in Airbourne and what they’ve done for rock’n’roll over the years. Being out on the road with them in North America is a hell of a thing & a dream come true for us. We’re all fired up over here.”

On top of the tour dates, the band has also been working on their new album, Wild At Heart which features the new single, “Ready To Roll” set to be released on October 14.