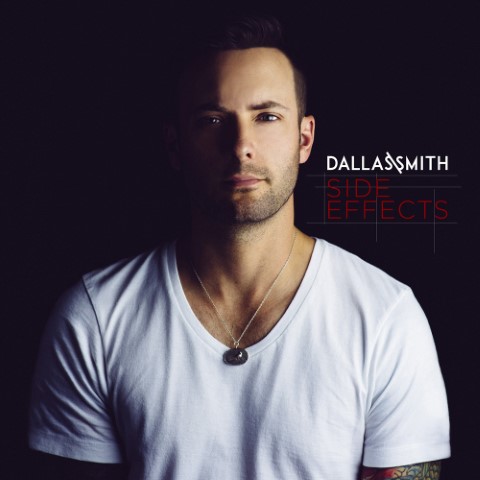 Side Effects is the latest release from Canadian country favourite Dallas Smith. The twelve track release marks his third full length country album. It also includes his latest single, and first ballad, “Autograph.” The BC artist is also opening for country legend Keith Urban on his upcoming tour, be sure to visit his website for details.

The album is Smith’s typical rock/country combination, popular in today’s new country. “Only One You” shows off the ever increasing country vibe to his music in the best way possible. “Sky Stays This Blue” is seemingly about a love between two people and hoping that they stay the same and that nothing changes between them, one of my personal favourites off of the album. “Tab With My Name on it” is yet another slower love song on the album, telling the story of basically not having anything in life without that one special person to share it with. “Autograph” is definitely my favourite song over all on Side Effects. An extremely sweet love song about wanting to be with someone and marry them, a song that will have audiences swaying along and couple getting closer in the crowd. No shortage of love songs, “50/50” tells yet another tale about relationships and love and how meeting halfway isn’t always the answer. “Kids With Cars” brings the pace back up and definitely has more of a rock edge to it than the previous songs before going into a song that screams country, “Hoods and Tailgates.” “Twelve Pack Soundtrack” closes out the album with another slower, softer song.

Side Effects is definitely chock full of relatable love songs, sure to strike a chord with those in relationships. I was not the biggest fan of Lifted, his second full length album, but this album definitely remade a fan out of me. Perhaps not as country sounding as some would like, but for those that enjoy the newer, rockier country music, Side Effects will be the perfect addition to their playlists.