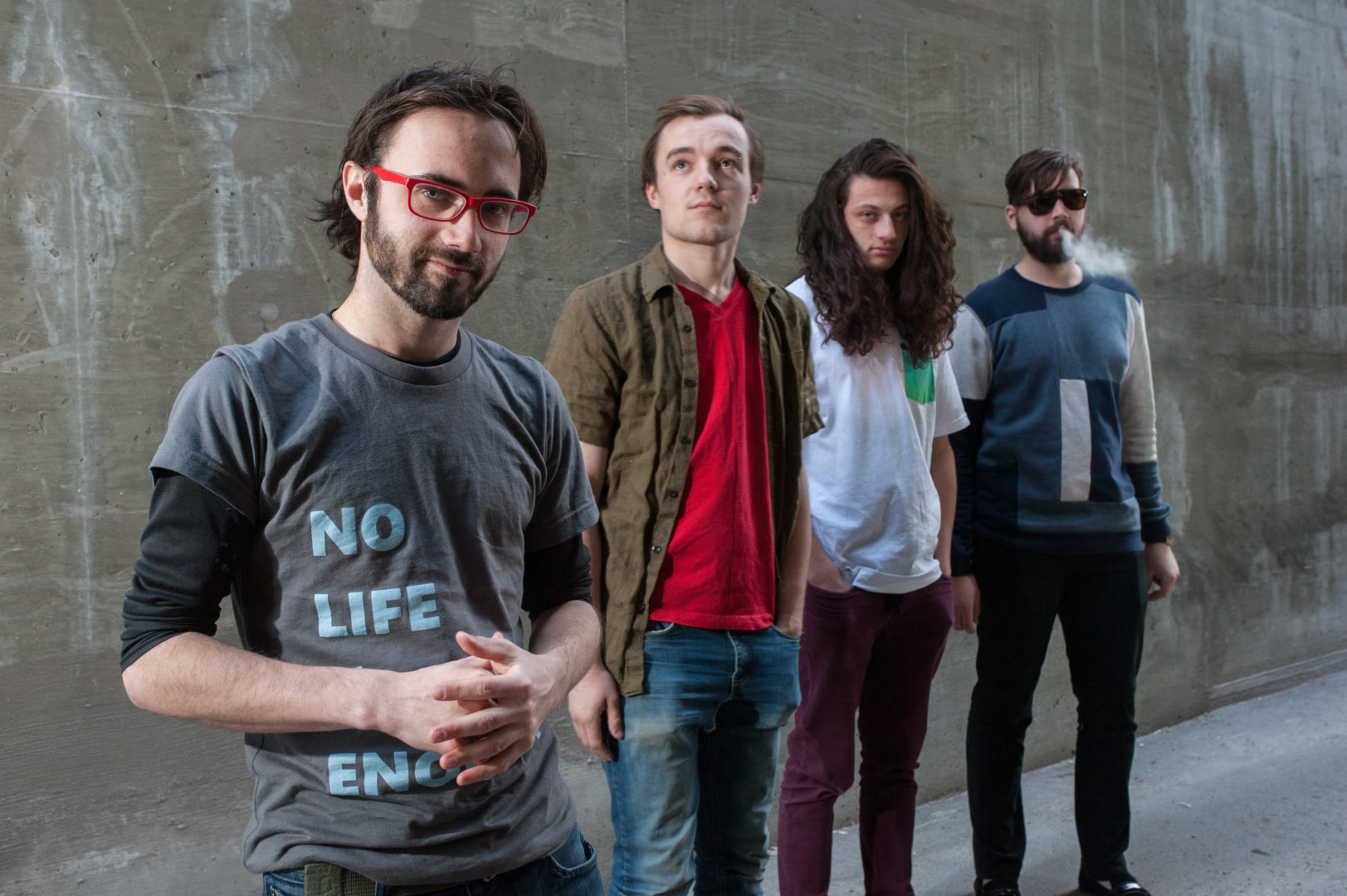 Winnipeg-based rockers, Hearing Trees, are about to embark on a tour of Western Canada this September, starting in their hometown tomorrow night at The Park Theatre and wrapping up in Regina at the end of the month.  The band has also recently released a video for their song, “Origami Man”, which will no doubt be featured while on tour.  Canadian Beats contributor, Nicole Wolfe, had the chance to chat with drummer Kyle Kunkel to talk about “Origami Man” and their upcoming tour.

You have recently released a video for your song, Origami Man.  What is the inspiration behind this song?

The song is based on a short story that our singer Graham wrote while he was in Brazil. The story is about this crazy neighborhood called Villa Madalena that has these gorgeous murals painted in back alleys. A place so colorful and artistic is a rare and welcome sight in the mayhem that is Sao Paolo, Brazil.

Were you among the majority of Canadians who watched the final concert from The Tragically Hip on CBC?  Did you mark the event as a band?

I was. We didn’t watch it as a band but we were all in our places witnessing the magic. Our singer Graham, that’s his band, Gord’s his guy, he talks about them all the time. So The Hip have a special place in our band as a major influence.

You have a tour of Western Canada coming up in September.  Do you have any special surprises for your fans on this tour planned?

We try to make each show fresh. Changing up our set list every night to keep ourselves on our toes. We also have a bunch of new songs that we’re going to debut on the road and see how crowds react to them.

What does the rest of 2016 look like Hearing Trees?

As much writing as we can possibly do. Then, hopefully we can spend a good amount of time in the studio really getting these songs down and doing them justice.

What, in your opinion, is the biggest challenge that faces Canadian musicians today?

Well, speaking of The Hip, it’s impossible to not be inspired by what they’ve accomplished. There are also so many amazing artists in Winnipeg that are making great music. Yes We Mystic and Mariachi Ghost are two of the best local bands.

What is your favorite song lyric from your music?

My favorite lyric is from our new song “Origami Man”. The line is, “the deal was sealed for me In Rainbows.” That came from a discussion Graham and I were having about our favorite Radio Head albums.

Graham and I were lucky enough to be at the Hip show in Winnipeg a few weeks ago.

I really enjoy biking around Winnipeg and seeing the beautiful scenery that we have here. I also do a lot of Pilates. It keeps me relaxed and in shape.

Are there any hidden talents among the members of the band that you care to share with Canadian Beats?

Our guitar player Jamie and I happen to be masters of Kijiji haha. Buying and selling music gear and finding great deals is certainly a talent. We’re known as the “Kijiji Kings”.