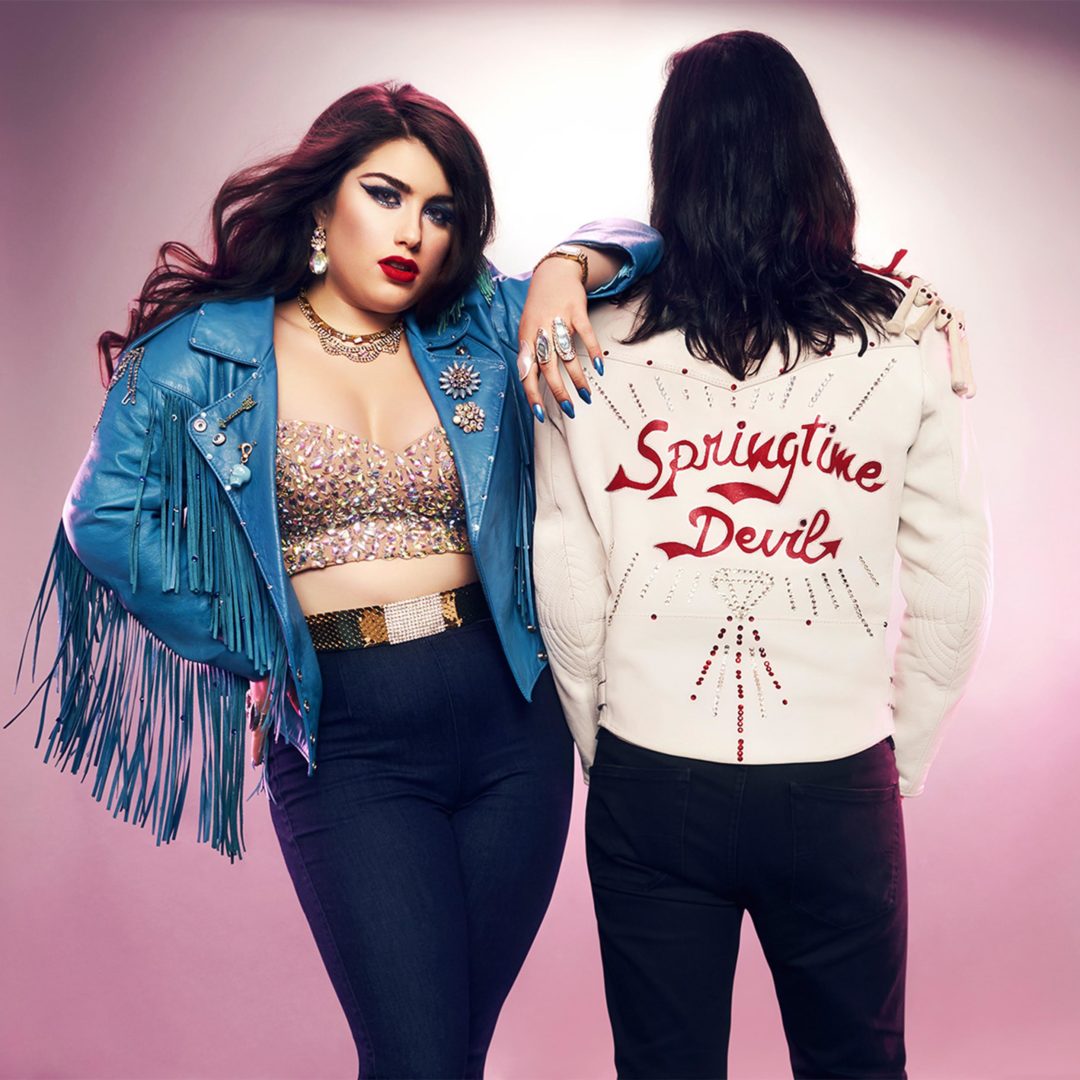 From the first notes of the opening track, “Queen Of Them All”, I am taken to a California beach, toes in the sand, a gentle breeze, and the pushing and pulling of the tide.  I’ve never been to California, but the picture is so clear.  It’s the thin guitar tone playing punchy power chords.  No its Meyer’s retro tone of her voice, how she scoops certain notes and belts others out in a fashion reminiscent both of Phil Spector’s girl groups of the 1960’s – think Ronnie Spector to only name one- along with the power and slight rasp of Janis Joplin.  It is the simplicity of the music which allows for Les Deuxluxes to create such a flawless and modern take of the surf rock of the early 1960’s.  It is a welcomed simplicity; the duo only uses two guitar tracks, a straight forward drum beat, and Meyer’s voice, occasionally sung in harmony with Barry.

Listening to Springtime Devil, I can’t help but see the album as the perfect soundtrack to a Quentin Tarantino film, similar to that of both Kill Bill movies.  From front to back this album is nothing short of excellent.  As far as a favorite track, it is hard to say but I am torn between the unrelenting pulse of “Smoke Me” and the sensual ballad, “Lost”.  The two tracks contrast each other greatly, showcasing two very different sides on the same band.  The first, “Smoke Me” is up-tempo and almost a grungy take on Les Deuxluxes’ surf rock with a driving groove, interesting harmonies, an explosive bridge, and a chorus you can imagine heard sung from a pact audience of a club.  “Lost” on the other hand is slow, and while softer, is a rough ballad when compared to the closing song “Bloody Queen”.  The track allows for Meyer to explore a very different vocal texture compared to her traditional raspy howl, for a highly melodic with a number of inflections to give a very personable effect, while also featuring a very soulful guitar solo.

Springtime Devil is a highly unique collection of songs which strays from both modern pop and rock in favour of a highly vintage sound and style which many had thought to be defunct.  Les Deuxluxes prove this to be false as the textures and tone of Springtime Devil may be rooted in that of the 1960’s, but it comes across as fresh due to its modern song writing techniques, production, and tendency to avoid such clichés which saw surf rock lose its popularity in the first place.  Due to this juxtaposition of new and old, Les Deuxluxes, much like Springtime Devil, is a treasure which defies time to be one of the most innovative releases I have heard in quite some time.