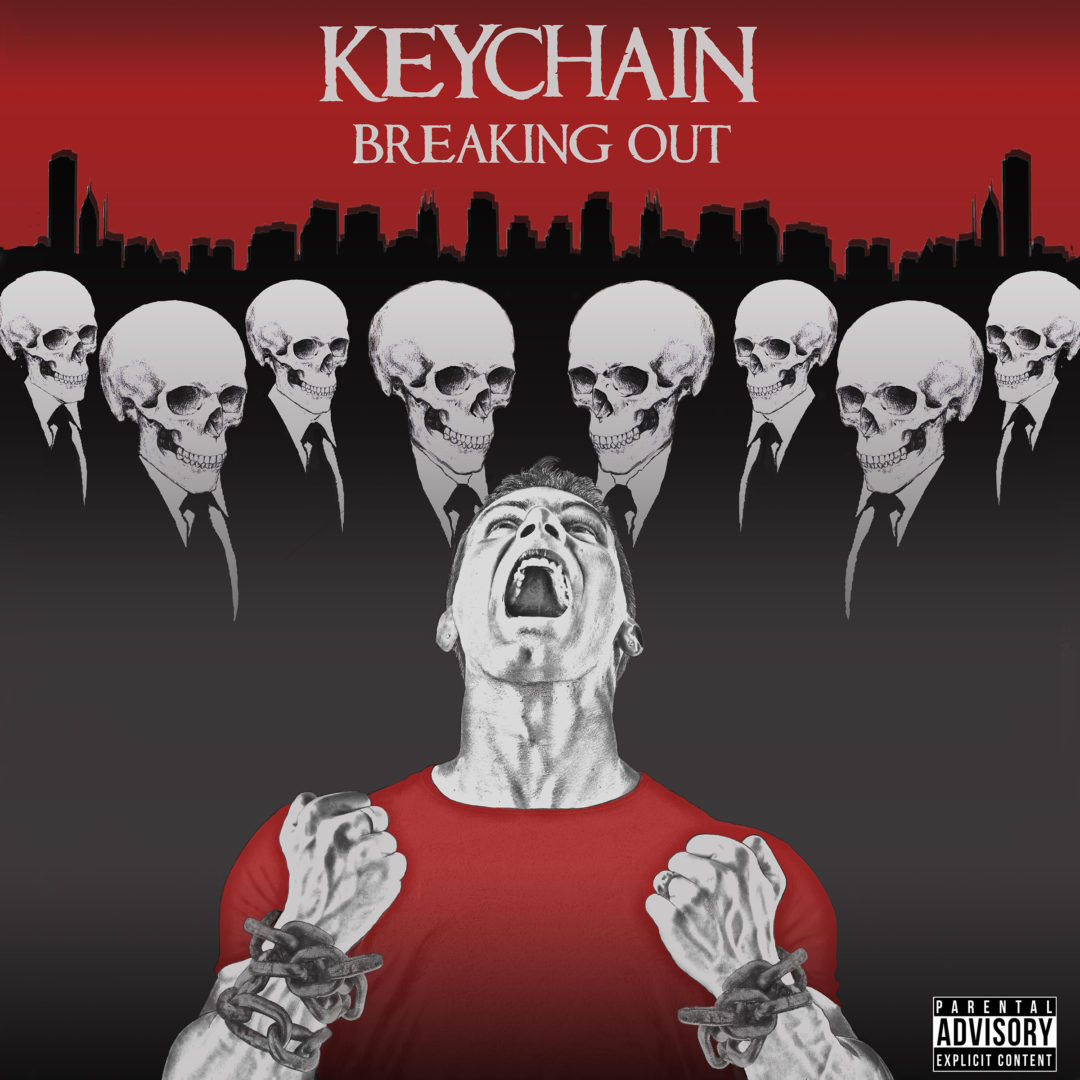 Emerging from Montreal, Quebec and looking to stir the often too calm nature of most modern rock, Keychain have released their debut album, Breaking Out.  Keychain are in fact looking to revive the nu metal genre once popular in the 1990’s which brought out acts of the likes of Limp Bizkit and Korn, and Keychain may be among Canada’s only original bands of the style.

Don’t let the nu metal label fool you, Breaking Out, while highly reminiscent of the original genre, it is almost equally inspired by today’s hard rock.  Over the course of the album’s six song track listing, numerous badass guitar riffs, rhythmic and distorted, along with semi rapping vocals as well as belted out, larger than life choruses.  Such a blend between modern hard rock and nu metal is not only apparent across the entire record, but it also makes the record far more interesting and exciting than Keychain’s contemporaries.  “Pay Load” is probably the best and most obvious example of this blend.  Ultimately, I would go as far to say that Keychain sit somewhere between Limp Bizkit, Body Count, and Slipknot.

Interestingly enough, Keychain chose to end Breaking Out with a dark and completely acoustic and instrumental passage.  The closing number, “Journey” showcases a very different side when compared to the vicious and rambunctious pulse of the album’s opening number, “Prime Time”.  Such a contrast gives Keychain yet another layer which surpasses the often shallow title of nu metal.  I would highly recommend checking out Keychain and their recorded debut, Breaking Out for some innovative and fun modern metal music!