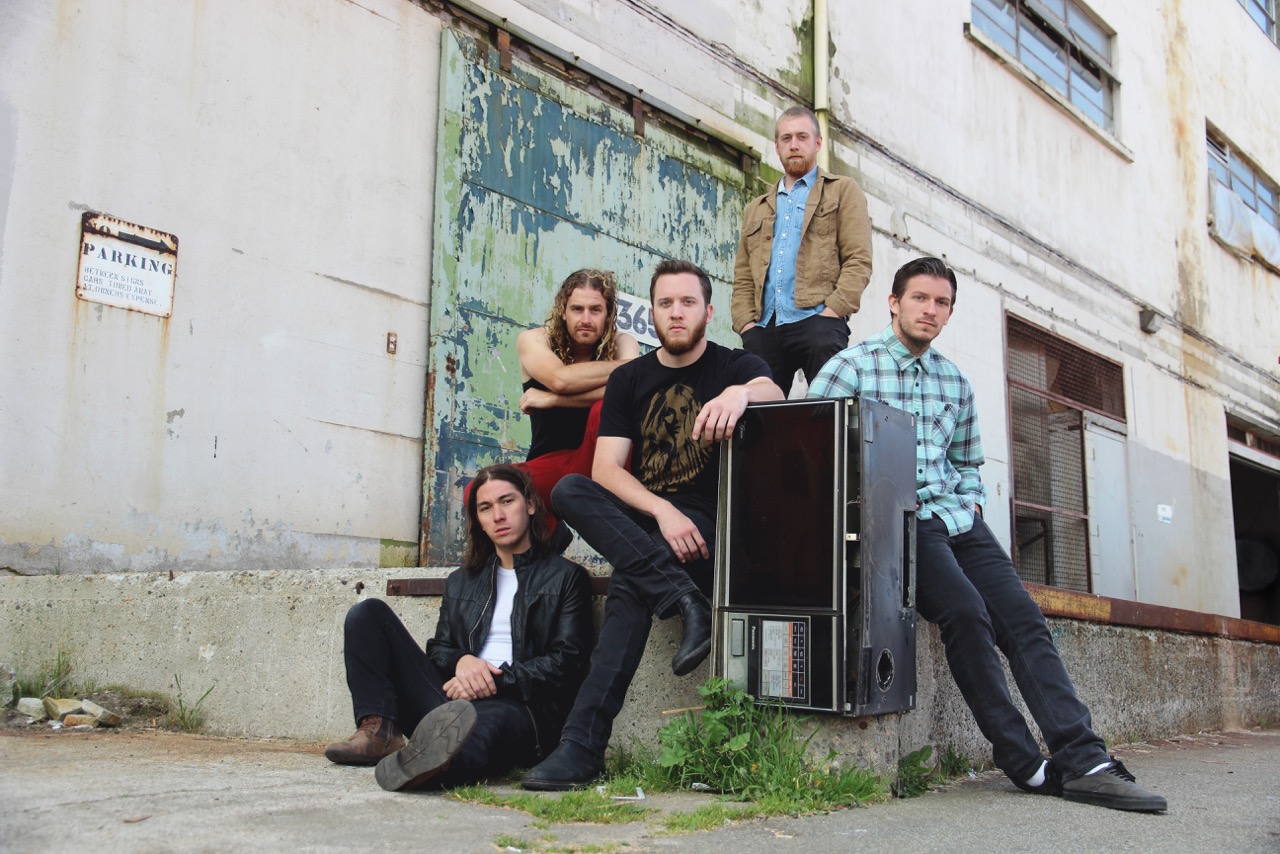 Vancouver-based alternative rock band, Pigeon Park, formed in 2008, just after the band members finished high school.  Since that point they have toured with many great Canadian and international acts.  Canadian Beats contributor Nicole Wolfe caught up with Nick Weber, lead singer of Pigeon Park, to discuss their newest single, “Sunlight Fading Away” among other things.

As a band you have been hot right out of the gates and have toured across Canada opening for The Offspring, GOB, Collective Soul, Aerosmith and Slash, The Tea Party, Sam Roberts, Big Wreck and Scott Weiland.  In 2013 your band received the Platinum prize in 99.3 CFOX “Seeds” competition – highly competitive radio contest. – Is this what ultimately launched the career of your band?

It definitely had a lot to do with it! It opened a lot of doors for us for sure. I had a good deal of that success to the song Black Widow itself and our producer Jordan Oorebeek. He had a big part in helping us craft that song which ended up getting a good amount of attention.

On August 12 your new single was released: “Sunlight Fading Away” – produced by Jordan Oorebeek.  What is this song about?  Has the creation of this song opened the floodgates for new music?  Will it be vastly different from your previous music?

“Sunlight Fading Away” was written by one of our guitarists, Logan. It touches on the struggles of writing music when the motivation isn’t always necessarily there. Logan has always had a quirky side to his writing style which has always been welcomed. We never say no to trying something new and this song is a testament to that. I think you can expect the unexpected when it comes down to our future endeavors.

How does playing at festivals differ from other touring?

It’s a different atmosphere for sure. When you’re touring theatres and stadiums, the vibe is generally different. A little more formal but still a good time. Festivals can be a little bit more fun being that they’re outside and it has a more relaxed tone. I personally like festivals a little more. It’s easier to get out in to the crowd and see the other bands.

When can we expect your next album?

Hopefully within the next year you will see more music from us. Whether it’s an albumm or an EP, I’m not entirely certain. All I know is we are always writing and trying out new things. We’d all love to get another full length album under our belts.

What does the rest of 2016 look like for the band?

Touring in the fall for sure! We will keep going with writing and planning out what 2017 is going to look like.

A: Social media is a tricky one. Even if we didn’t perceive it as something of value, the people who hold a significant amount of power in music most definitely do. As a result, we must as well. I think it helps with getting our music out there and connects us wit our fans, which is important. At the end of the day it’s a part of the business that is not going anywhere so we try and make it entertaining for people to watch. Plus it makes it more fun for us! As for following people, I like checking out other Canadian talent who are doing good things in our country.

What is your one must-have item on tour?

Easy! N64 complete with Super Smash Brothers. It has its own briefcase. We take it very seriously.

If you had to give up music, what would you replace it with?

I will never give up music. If you cut off all my limbs and took out my voice box I’d bang my head on a tambourine.