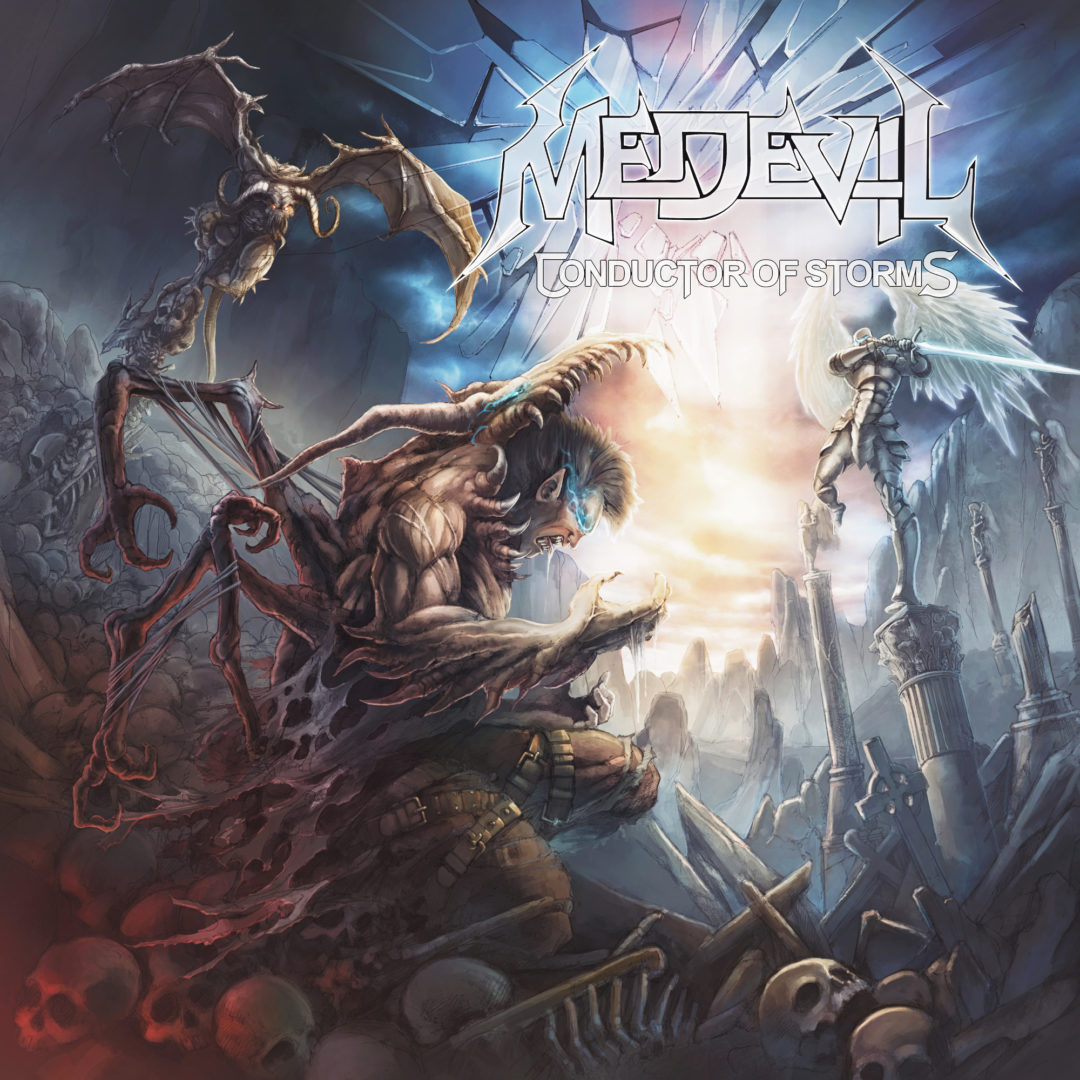 The first album by Chilliwack, BC’s heavy metal band, Medevil, is a good start to their career as musicians. So far they have gotten their name out there, but now it’s about the music.

The album features eight bass filled, drum enhanced and vocally strong songs. From the opening build up in “Nightwalk” to the final note in “The Fabled Uxorcicide” demonstrates the time, talent and effort that went into making this album.

Before the release of Conductor of Storms, they released the second track, “Machination Factory” as a lead single. I’d say this was a good choice as it represented the album well. It had all the components you look for in a metal album: strong vocals, heavy guitar and a bass line paired with drums that has you headbanging until the very end.

Another track I enjoyed was “The Angel of Rain.” The music starts off and then builds up and  up. It sounds eerie at first, then something chill before the vocals hit. It shows off their skills as musicians before you get distracted by the vocals. As a debut album I feel this is a good move on their part.

Overall, I think the album was well crafted and written. I look forward to seeing what’s next for Medevil.