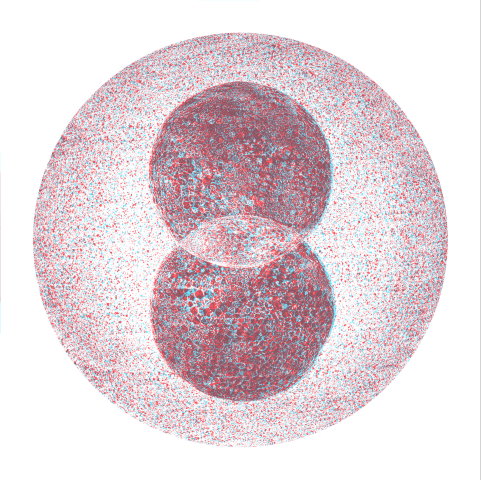 Coming from the capital city of the Yukon Territory, Whitehorse, Old Cabin have released their third album, Saturn Return, a record as poetic as it is artistic.  The title, represents the 29 year orbit in which the planet Saturn takes until it is within a visible distance from Earth, thus a milestone which we can each hope to witness at three different stages of our life, each stage bringing new changes and challenges.  It was within such a period of risk taking that Saturn Return was created.

Old Cabin brings a highly artistic sound to today’s indie pop. Led by Jona Barr, the ensemble, through the five songs available on Saturn Return, paint often elaborate,  while other times sophisticatedly spares soundscapes which often push the envelope that is indie music.  In many ways, this is one of the most experimental records I have heard from an up and coming artist.  The opening track, “Where Did You Go” is a perfect example as through its six minutes in length, the song shifts the musical centre from ambient guitar, to harmonizing strings and also features a number of changes in the songs groove, all the while Barr’s voice remains constant and smooth.  The following track, “!?!” is as inspired by fuzzy surf rock as it is by electronic and classical serialism.

However, what may be most impressive about Saturn Return is how accessible of a record it is.  Typically, anything experimental- whether it be jazz, classical, or Bowie meets Eno pop- requires some degree of musical literacy or metal preparation in order for the listener to fully enjoy.  Old Cabin escapes this trend by dressing up their art pop in just that: a poppy skin reminiscent of the few redeeming factors which led the world to fall in love with Coldplay.  Think Chris Martin minus the pretention that is himself along with the addition of a whole new dimension of musical maturity and sophistication which his band lacks.  Such an accessibility allows for Saturn Return to take a shape in which anyone can enjoy without sacrificing the artistic integrity which emits from the core of it.