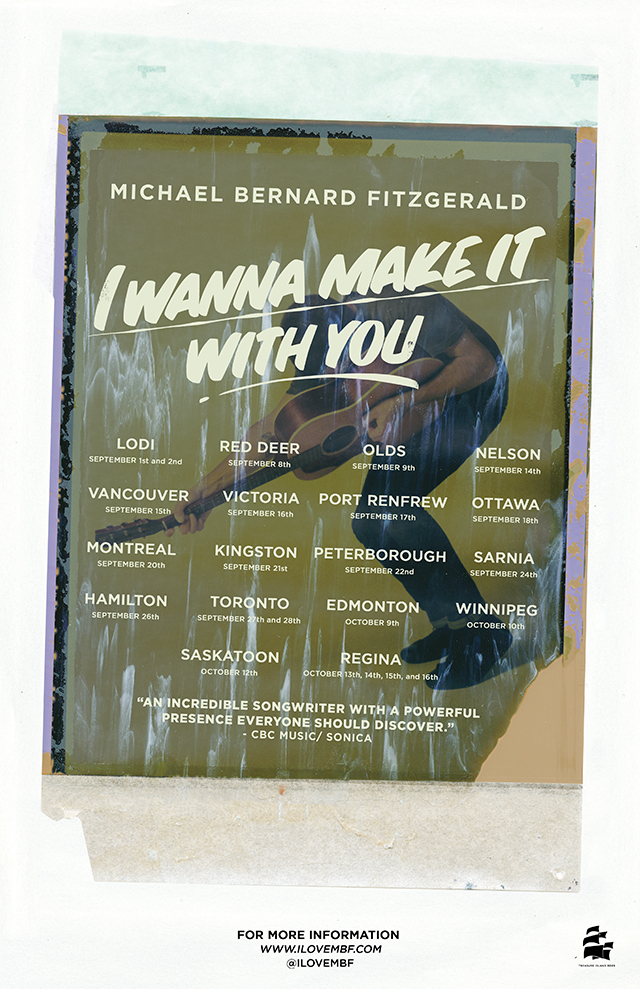 We are excited to inform that Michael Bernard Fitzgerald (MBF), from Calgary, has just announced a fall Canadian tour that will see him stopping in 18 cities over September and October.  MBF had his single “I Wanna Make It With You” reach the charts earlier this year.  This song was released on his third full-length album which is also called I Wanna Make It With You!  He has also been recognized as Calgary’s Best Male Vocalist.

MBF really won over the hearts of the staff at Canadian Beats recently when he gave away his wedding bands in a contest for deserving fans.  If you have not seen him perform before, make sure to check the dates below and put this one in your calendar!

Tickets are available for purchase at ilovembf.com