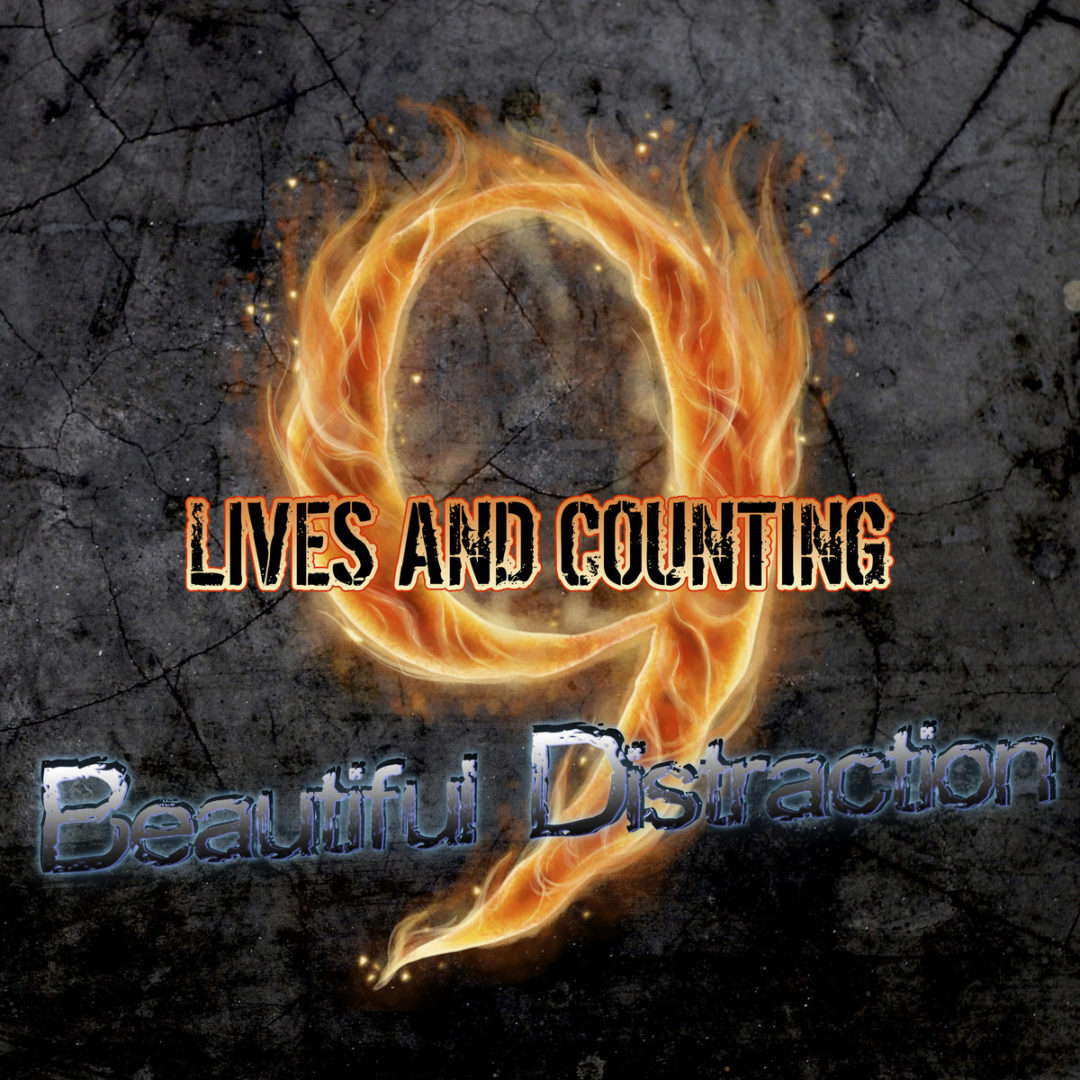 In recent years, Toronto has been cultivating a rapidly growing and diverse rock ‘n’ roll scene, including 9 Lives And Counting, a band which stands out from the crowd of near countless number of bands and among Toronto’s top talent.  The release of Beautiful Distraction, their debut, full length record, solidifies this, providing listeners with a hard hitting and unique collection of songs.

From the first notes of the opening track, “Out Of My Head”, the listener is pulled into the fray surrounded by a barrage of crunching guitars, slithering riffs, and earth shaking howls.  Throughout the rest of Beautiful Distraction, 9 Lives And Counting show that their rock is one that is multifaceted and takes a great number of influences to create a highly original album.  Most notably, the band is able to seamlessly blend the rhythmic hooks and riffs of 1970’s classic rock, reminiscent of legendary acts like Led Zeppelin and Aerosmith, with a heaviness taken from Metallica’s post thrash era, and a tone and pallet of textures inspired from the alternative rock of the 1990’s, especially Canadian bands Our Lady Peace and I Mother Earth.  Few modern bands dare to pull together such a wide range of genre crossing influences, fewer could pull it off, and only 9 Lives And Counting could have created Beautiful Distraction.

From the sludgy drag of “Silence And Shadows”, to the upbeat and slightly funky pulse of “Marionettes”, Beautiful Dangerous manages to cover much ground, giving listeners an album which remains in constant motion.  Even the softer numbers, if they can be called that, are of excellent quality.  “Home”, with its dark and ominous tone and dual acoustic and electric strummed chords, most resembles a ballad; however the track grows with the inclusion of drums, distortion, and dissonance to become a prime example of a modern power ballad, one which can easily be heard as an arena sized echo as thousands of fans sing along.

Without a doubt, 9 Lives And Counting are a clear cut above most artists Toronto has to offer.  As new music, specifically rock go, I would say they stand among the top tier of up and coming bands as very, very few bands play rock ‘n’ roll like this.  Much of modern rock seems to have fallen to countless clichés and tired models of composition, but Beautiful Distraction proves to be the opposite of this through 9 Lives And Counting’s unique style of song writing, their emphasis on groove, and their hooks which are as interesting melodically as they are rhythmically.  Songs like the previously mentioned opening track, “Out Of My Head”, “Seas Of Unknown”, “Fall Apart” and the album closer, “Product Of Reality” demonstrate the invigorating pump that 9 Lives And Counting can give to today’s musical climate.  It is the explosive nature of Beautiful Distraction which is most appealing; the album has a gritty feeling to it. It’s rough and has a certain energy which often feels absent among today’s bands.  Whatever it is, be sure to check out 9 Lives And Counting, and their impressive debut, Beautiful Distraction, as they are one of the best that Toronto has to offer.