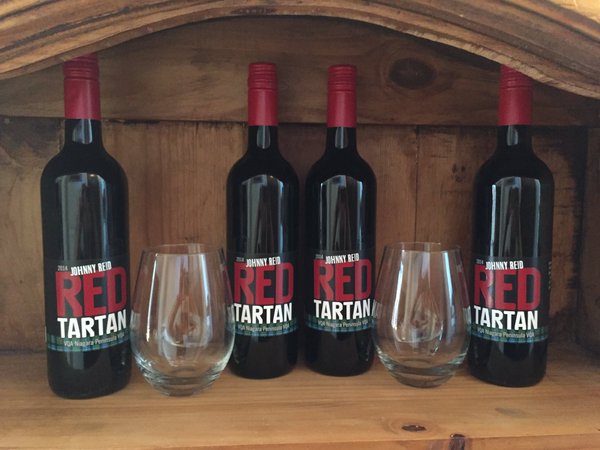 Earlier this spring, Reid along with his wife Jennifer, announced that they had teamed up with Vineland’s Stoney Ridge Estate Winery to create an exclusive VQA red wine known as “Red Tartan” A premium tier blend of Cabernet Sauvignon, Merlot and Cabernet Franc, the wine is a collaborative effort by the Reids and the wine-making team at Stoney Ridge with grapes sourced from Wiens Farm in Niagara-on-the-Lake. A limited number of 500 bottles of the wine were produced, aged on lees in a blend of French and American barrels for 14 months, with tasting notes that include subtle florals combined with an underpinning of ripe raspberry and cassis.

Presented by Manitoba Liquor and Lotteries, a limited number of bottles of “Red Tartan” wine will be available for purchase beginning at 4:15 p.m., August 30th at the Grant Park Liquor Mart. Fans and wine lovers who purchase a bottle (maximum 1 bottle per customer), will receive an exclusive pass (maximum 1 event pass per bottle), to meet Reid in person and have their bottle autographed. 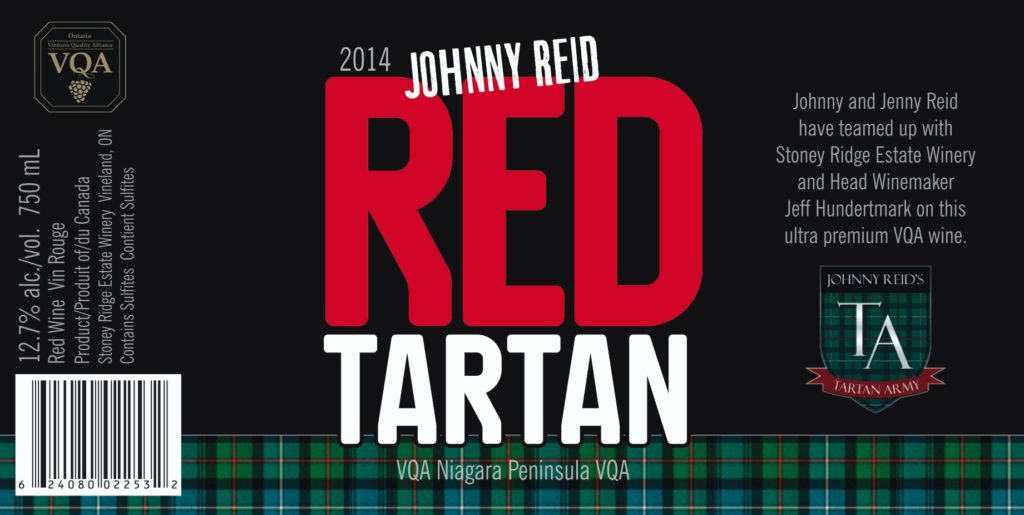 “Red Tartan” is currently only available for purchase via Stoney Ridge Estate Winery or online at www.johnnyreid.com, but will soon be available via the MBLL at Liquor Mart and Liquor Mart Express stores in the province of Manitoba, with plans to expand availability across Canada in coming months.

When “Red Tartan” was first made available for pre-order, many fans of Reid bought up several bottles. One of those pre-orders was from friends of the Reids and Canadian Beats, Peter and Patty Parmentier of PNP Promotions. They had this to say about the wine, “We bought 6 bottles of Johnny Reid’s Red Tartan the day it was made available because we knew that if Johnny and Jennifer Reid had chosen this particular vineyard and this particular blend, it would be above average…and it is! We only hope that it can be made more widely available since shipping charges can be prohibitive in some parts of Canada and it would be awesome if more Fans and Tartan Army Members could get the opportunity to sample the Red Tartan as well!”

Stoney Ridge Estate Winery is owned by TV and Radio personality Bob McCown. Taking over in 2013, McCown wanted to explore a new vision for the winery – the creation of limited edition partnership wines. Additional partnerships for the winery include The Tragically Hip’s Grand Red Reserve “Fully Completely” as well as their recently released white “Ahead By A Century”. 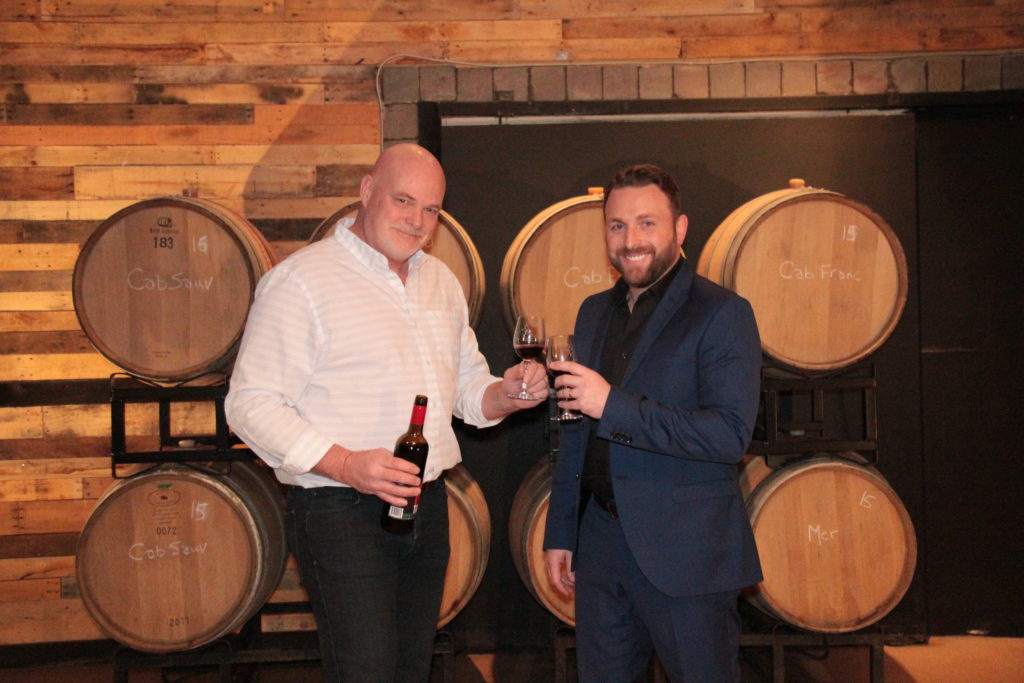 Reid is fresh off the road from his critically acclaimed and widely successful What Love Is All About Tour which saw the reigning Fans’ Choice Award winner and 2016 SOCAN National Achievement Award winner play 47 shows in 35 cities, including numerous sold out performances and multiple nights in Saskatoon, Regina, Winnipeg, Calgary, Edmonton and Kitchener, as well as a notable stop at the world renowned Massey Hall in Toronto.

Jennifer has been busy with the creation of her forthcoming lifestyle website A Woman Like You and can currently be found dolling out advice and dishing on some of her favourite things on Instagram. The long-time couple has plans to expand their wine partnership with the creation of a white wine.