New video released by The Balconies 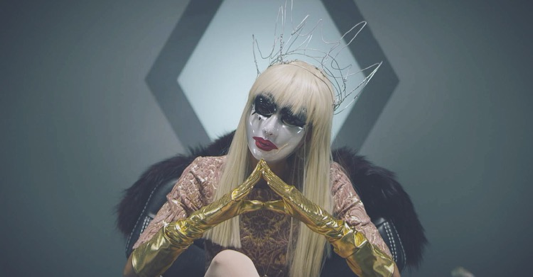 Toronto, ON based band, The Balconies have just released a video for their second new track from their upcoming album, Rhonda which is set to release on October 14, 2016. The track is entitled “Money Money” and when asked about the video, frontwoman, Jacquie Neville says:

“Our heroine is innocent and naive, but quickly realizes she’s given up a lot more than she thought to be successful, and ends up feeling exposed, vulnerable and cheated.” Liam Jaeger (guitarist) continues, “We really wanted the audience to feel how much everyone in the video is being controlled by this masked ring leader. Money Money is about the struggle for success and how much of ourselves we are willing to give up to get there.”